1.5 Million Parents have gone crazy over a hair clip… Or is it a Bobby Pin? 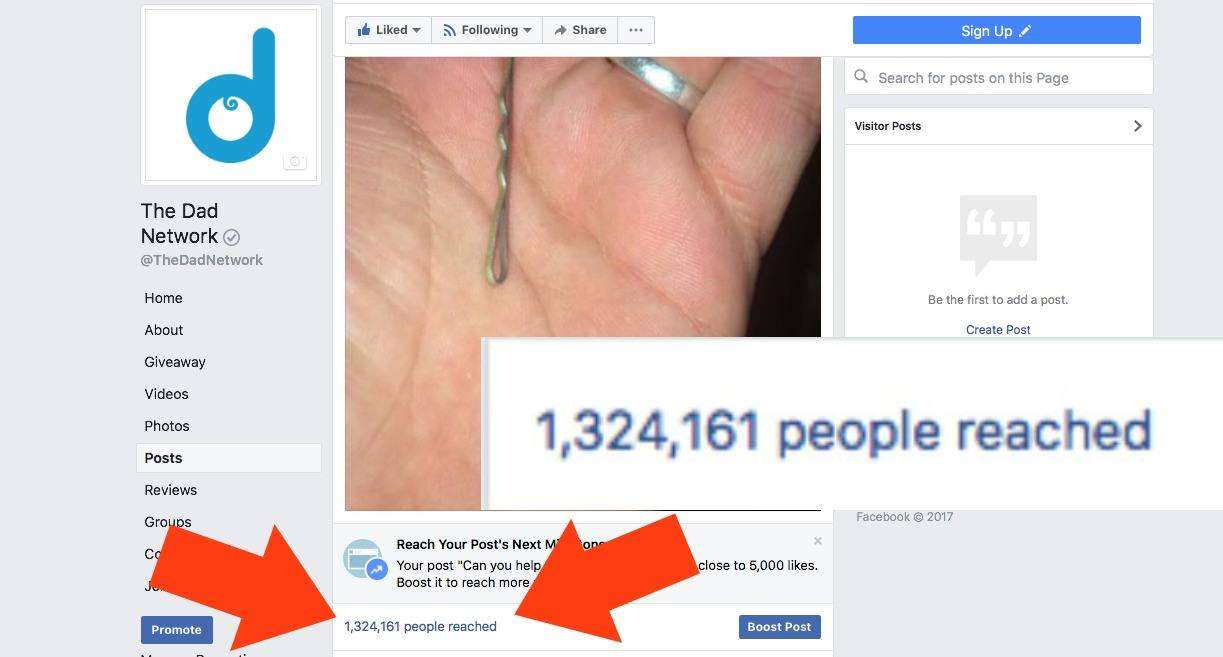 I’ve been writing this blog for over three years. I’ve covered all kinds of topics such as preganancy, birth, miscarriage, infertility, baby loss, mental health, PND, breastfeeding and fathers’ rights to name but a few.

It’s fair to say that many of those topics haven’t reached many people – of course, they’ve carried some real significance for some, but they’ve never been overly popular.

And yet, I write a post asking the name of these bloody pins, and it reaches 1.7 million parents! Literally, one of the single most meaningless and unimportant posts I’ve ever created on Facebook, and it resonates with the millions! Unbelievable.

The post, for those few who haven’t seen it, raises a simple question, originally from Dad Network member, Marcus, who was in the midst of a heated debate with his partner about what the name of one of these ‘clips’ is called.

To him, it was a Bobbie pin, but to his wife a hair clip.

It seems that he and his wife are not alone in their debate. After publishing the post, it immediately grabbed peopl’s attention all vying to share their opinion. And since then, over 43,000 parents have commented.

The majority of comments simply state what they call the clip – and the debate has certainly strayed away from the original 2 names.

Here are some of my favourites:

The handiest gadget to take ear wax out of your ears… The serrated edge gives your fingers a good grip while the rounded end provides a safe way so that you don’t puncture your ear drum and the little loop creates a “reservoir” for removing the wax as you scratch it out!

Based on hollywood i believe they are lockpicks

I don’t know what they are or where they bloody come from but I’ve been finding them in random places in every house I’ve ever lived in!

These are alien transmission ariels and are found in houses the world over transmitting human data to ET’s in far flung galaxies. They come in different sizes and colours sometimes for different frequency transmission.

I don’t know what they are called (hair clips?) but I have twice had to drain the washing machine to extract the wretched things from the pump.

Ear thingy maguchi….used by boys to dig old wax out of ears and other such stuff!! Lol! I hope mum doesn’t read this!

I call them the annoying damn things that turn up everywhere in my house, thanks to having three daughters. Actually I won’t repeat what I really call them!

A bloody endless supply all over the floor in your daughters bedroom, is what I would call it ….lol

I used to steal my sister’s to make little swords.

I call it a grubby thing my mum used to use when she had an itchy ear. I’ve never been able to use the things because if it

Used as a pre-cursor to the cotton bud, for dredging wax out of the ear! OMG – imagine trying that these days!

I thought they were just there to straighten out and use to pick locks and reset electronic things that have that little reset hole.

Those are called “bathroom sink drain cloggers that catch hair and cause $200 plumber call out fuckers” I think….

We call them “The Fu$%&ng things the kids leave everywhere”

So there you have it – 43,000 parents debating the name of this simple clip; which apparently, is more commonly used for cleaning ones ear than anything else.

Whether you call it a Bobbie pin, hair clip or even a kirby grip, it’s safe to say that the majority of parents around the world hate these damn things as they clog up washing machines, drains and hoovers and constantly turn up all around the bloody house.

Right, next discussion… how many uses for a ‘bobbie pin / kirby grip / hair clip’ can you think of?

Why don’t you join The Dad Network now, where you can connect with other dads and parents across our various platforms :)