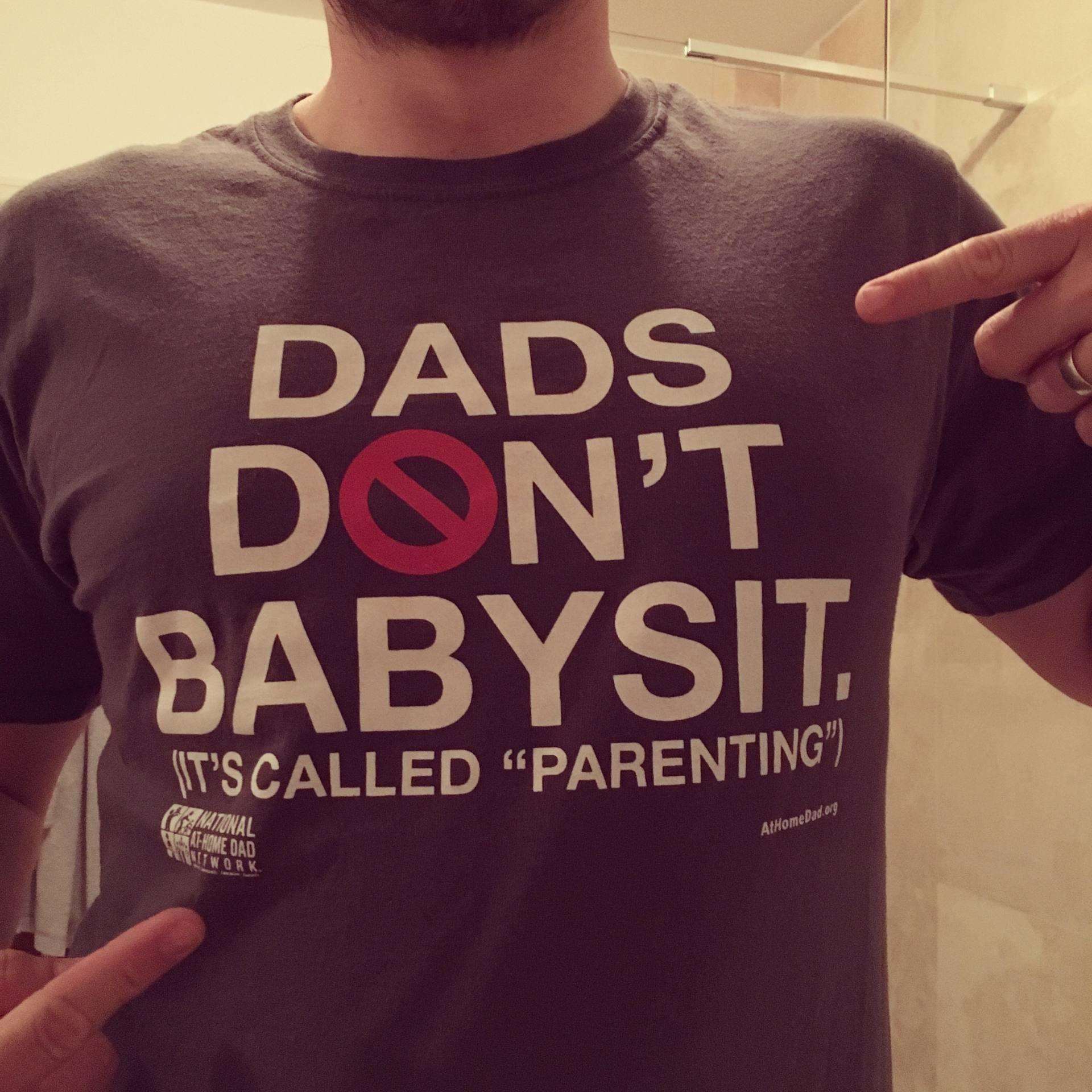 I’ve been stay at home dad for just over a year now and could not be any happier with my decision to leave teaching behind to spend more time with Teddy. I’ve been immersed in the world of fatherhood for the last 4 years and in that time I’ve spoken to my fair share of stay at home dads, so I had a pretty decent idea of what to expect.

Obviously however, nothing could prepare me for the emotional aspect of spending pretty much every waking moment with your son; I’ve felt a new bond develop, a new understanding into his personality and we’ve both learnt new things about each other which has only made my heart swell even more with love for him. Yes, this is the ORIGINAL viral photo of me wearing my ‘Dad’s Don’t Babysit’ t-shirt.

Despite having a good idea of what I was facing as I embarked on this journey, there have been some curve balls thrown my way. These curve balls have demanded a steep learning curve, primarily because children don’t tend to wait around whilst you analyse situations in order to learn from them.

It’s these rapid, in the moment learnings that I want to share with you in this article. Here we go:

There you have it. 10 learnings that I’ve experienced. :)

What about you? Are there any lessons you’ve taken on board from being home with the kids?