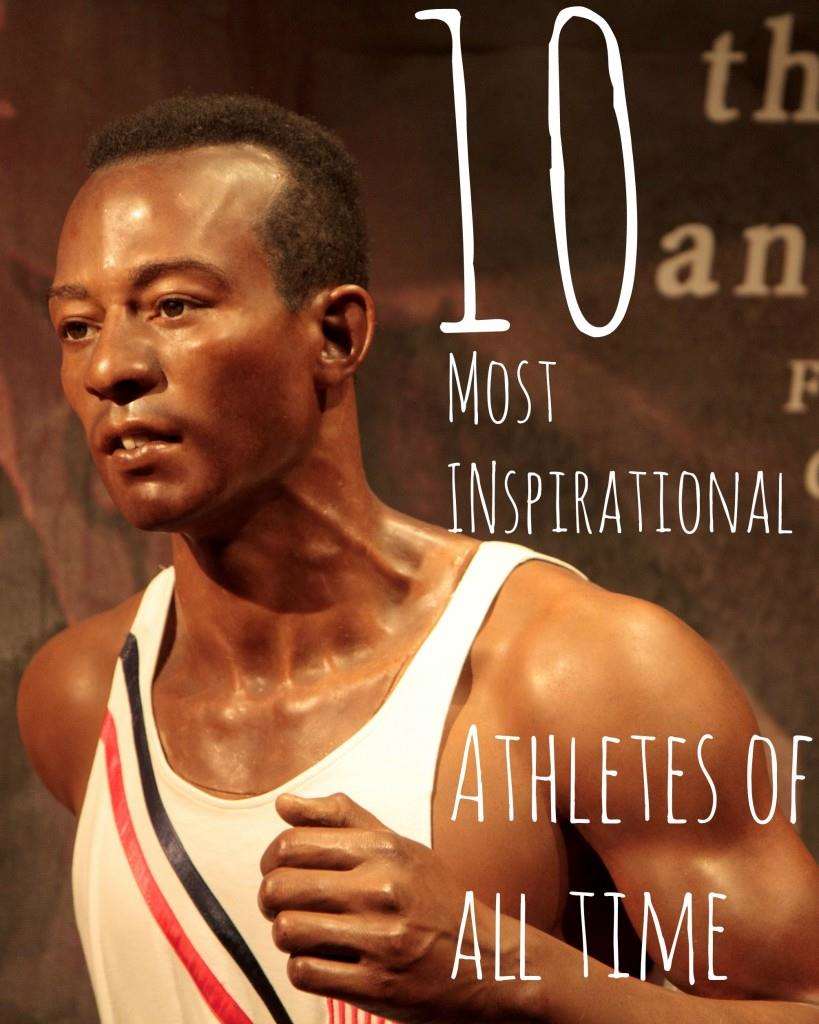 A title and a topic which always throws up a multitude of suggestions and creates discussion wherever it is presented.

Who are, or were the 10 most Inspirational athletes of all time?

Sports persons by their very achievements often inspire, so in order to earn their place on the Top 10 their achievements on or off the field need to be exceptional!  Additionally they may have overcome great adversity, or demonstrated grit, resolve and determination above that of their peers.

For clarity all Para-Athletes have their own place above the list for the strength over adversity that they constantly face in pursuing their dreams.

The Louisville Lip talked the talk and walked the walk, being a part of some of the greatest boxing matches of the last century.  Outside of the ring he remained larger than life, speaking out for civil rights and against the Vietnam War, even threwing his Olympic Gold Medal into the Ohio River after being refused service at a ‘whites only’ restaurant.

Up there as one of the greatest Formula One drivers all time with 7 World Championships and 91 race wins  under his belt.  Living life in the fast lane on and off the track, he now faces his greatest challenge, fighting back from a life threatening brain injury.

The story of Jesse Owens is one of historical timing, as an outstanding young athlete he reached his full sporting potential at the time of the 1936 Olympics.  The Olympics happened to take place in pre-war Berlin and were hijacked by Adolf Hitler to propel his Nazi Propaganda.  The sight of a black athlete winning four gold medals hit at the core of his crazed Aryan ideology.

The life of a jockey is pretty tough, and the sporting life of Bob was made harder when diagnosed with cancer.  He battled against the illness to comeback and win the 1981 Grand National on his horse Aldaniti who itself had recovered from a career threatening injury.

Someone who has faced one of the most dramatic rises from poverty to multi million dollar success. Living on the streets of Manilla as a youngster, he propelled himself up through the ranks of boxing with sheer hard work and determination to become one of the highest paid sports stars on the planet.

Ok, so sneakily I’ve put them under one person, but with the list a bit male dominated it needs some balance.   Their father is criticized for some of the practices used to propel them to stardom, but that shouldn’t detract from their huge achievement of rising to the top of what was historically a white, middle class dominated sport.  Their father was by no means poor,  but choose to move his family to the LA projects.  His reasoning was to provide them with a tougher upbringing with which to create their hunger for success. 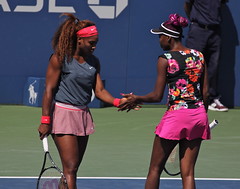 Marmite to a lot of football fans but there was no doubt denying his outstanding talent, added to that his turnaround from national hate figure after his sending off in the 1998 World Cup to the golden boy of world football.  He played a part in the re-emergence of soccer in the USA and now serves as an ambassador for British sport supporting the London Olympic bid for 2012. 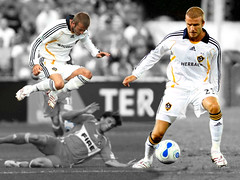 LA Lakers superstar basketball player Magic faced incredible prejudice when diagnosed  with HIV in 1991.  Forced to retire whilst at the peak of his career he returned to the game, only to be forced out again until coming back for a successful third shot.  After his final retirement he became a prolific campaigner, aiming to educate people about HIV discrimination. 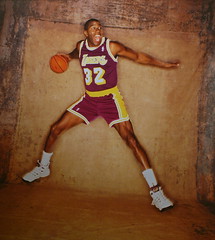 The poster girl for London 2012, the expectation and pressure to succeed was incredible.  She matched the public adoration and succeeded in taking Olympic Gold and inspired many young British girls to participate in sport and realise that being sweaty was indeed cool  #thisgirlcan

In 1947 became the first black sportsman to compete in American Professional sport, amazingly rather than being held in high esteem, he faced years of bullying and racism from all quarters.  His perseverance and grit paved the wave for those that followed him.

Finally here are two athletes who have hit the blacklist of sport – they would have been on the Top 10 were it not for major indiscretion which has outshone their sporting prowess or inspirational feats.!

Never in the history of sport has there been such an almighty fall from grace.  He would clearly have been at the top of my list after coming back from cancer to win numerous Tour de France and set up his cancer foundation to inspire millions around the globe.  Until it transpired he was in fact the greatest cheat of all time..!

As an ambassador for Para-sport, Oscar broke through barriers by competing against able bodied athletes gaining him global respect.  All his accomplishments and achievements were irrevocably eradicated due to the terrible event which took place in the early hours of Valentines Day 2012.

Having read through my compilation, it would be great to hear your comments and possible additions to the Top 10 …