10 ways to make fruit more appealing to teens, as research shows most don’t even eat an apple a day 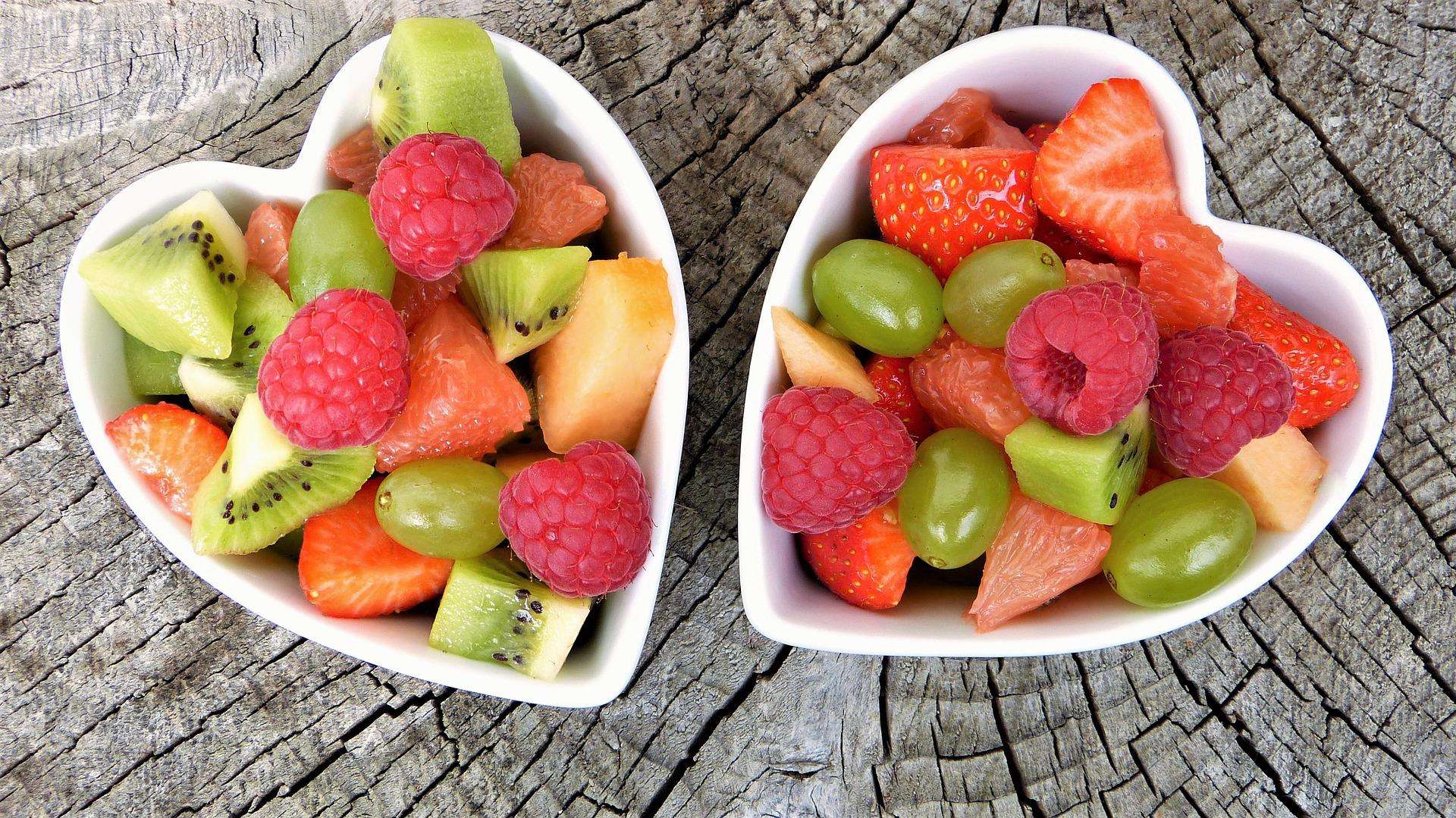 It’s no surprise that teenagers don’t eat enough fruit, but the extent of their fruit avoidance is quite shocking, as new research suggests the majority of British teens don’t even eat an apple a day.

Adolescents in the UK have diets which are “unhealthy and unsustainable”, according to the Birmingham University research, which found seven in 10 British teenagers don’t even consume 100g of fruit each day – the equivalent of around one small apple.

Dietitian Ursula Arens, a member of the British Dietetic Association (bda.uk.com), agrees it’s no surprise that teenagers aren’t eating much fruit, although it’s a shame, as it’s good for them, full of nutrients and fibre, and low in saturated fat.

“It’s difficult to get teenagers to eat more fruit, because they rush out of the house in the morning, and surveys have shown they tend to eat less breakfast than a few years ago,” says Arens. “So, they feed themselves asap en-route to school, and that can often be a ghastly energy drink.

“After school, they come out of supermarkets with crisps and chocolates – it’s got to be cheap and quick, with a high-intensity taste.”

Arens points out that saying to a 15-year-old that fruit and veg reduces your heart disease risk when you’re 60, isn’t a message that’s going to persuade them to eat it.

“Health claims for fruit and veg would be saying something like ‘diets high in fruit and veg are associated with reduced risk of constipation’ – how many companies are going to put that on packs?

“Fruit and veg is competing with instant, highly-palatable, quick and easy foods. It’s quick and easy to eat a banana, but if your friends go to the supermarket and are eating crisps and chocolate, and you’ve got a banana or an apple, it’s just not a good look!”

However, Arens says there are many things that can be done to get teenagers to eat more fruit, including… 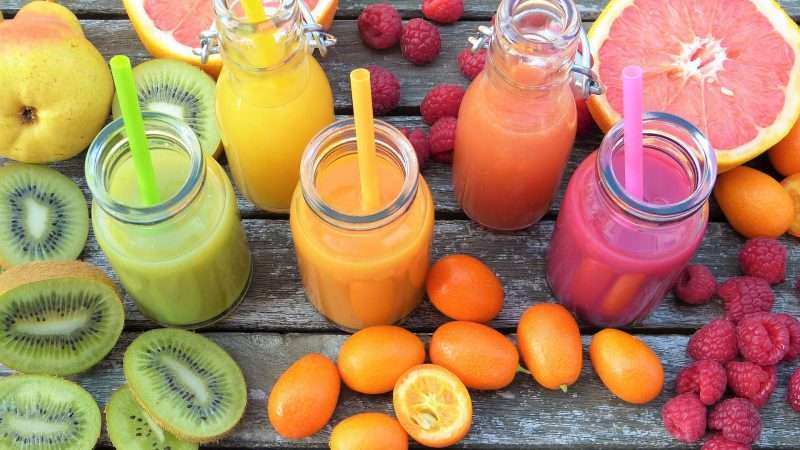 Any fruit thrown into a blender with a touch of yoghurt and honey can be delicious. Shop-bought smoothies especially tend to be quite high in sugar and calories, warns Arens. Using frozen berries in home-made smoothies can make them quicker and easier, she suggests.

Arens says stalls in South Africa chop fresh pineapple and sprinkle it with a mix of salt and chilli powder. “It doesn’t sound like a good combination, but actually, it’s perfect,” she says. “It’s a lovely, sweet and sour, juicy taste, with a bite of chilli to it. It’s cheap, quick and delicious.”

Breakfast with cereal and milk is an opportunity to slice in some banana or throw in raspberries or strawberries, but Arens warns: “That requires a bit of planning, and kids being agreeable to spend five minutes less in bed.”

Supermarkets sell pre-cut little fruit bowls, which may be more attractive to teens, but Arens says: “They tend to be £2-£3, when a packet of crisps is about 50p, plus eating the fruit means they might get sticky fingers.” Parents – or teens – can, of course, cut up fruit themselves to make it easier to eat, but that means making a bit of an effort.

Melting chocolate to dip fruit like strawberries or bananas into, can make it more attractive to teenagers, although that’s a very high-sugar option, which may cancel out the benefits of eating the fruit.

”Orange juice, for example, is fine, but it’s a much faster sugar hit than eating a whole orange, and you’re not getting quite the fibre,” says Arens. “Fruit juice is a better option than a pint of lemonade or an energy drink – a single portion of fruit juice, which is 150ml or a small glass, counts as one of your five-a-day.” However, she points out that even if a teen has several glasses of fruit juice, they would all still only count as a total of one of their five-a-day.

If you want your teen to eat more fruit, it’s common sense to make sure the fruit bowl is full of fruit they like, and very visible and easy-to-access, unlike the biscuit tin.

9. Teach them how to chop fruit

Chopping fruit, like pineapples, can be off-putting for teens, but it’s a good idea for parents to show them how to do it, suggests Arens.

“It’s messy, but you should allow them that, because a few years from now when they’re students, living away at uni, they’ll be able to chop a pineapple or a mango up, and maybe impress a partner. You need to persuade them that although it’s a bit of a faff, there comes a time when you really don’t want fish and chips every night, and some lovely chopped fresh fruit will be nice.”

Although being a fruit-eating role model is more relevant for young children, Arens says: “I think modelling might still have a role to play – you might just say how lovely a fruit you’re eating is with cheese, or whatever.

“It’s about being a role model, planning, having something in the fridge or fruit bowl for them, and being willing to spend a few minutes chopping it if necessary.”

How much fruit do your kids eat a week?  Let us know in the comment section below. 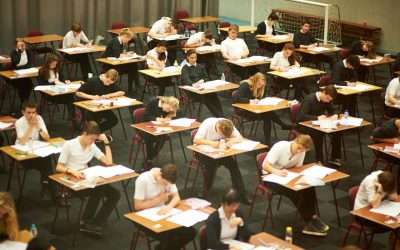 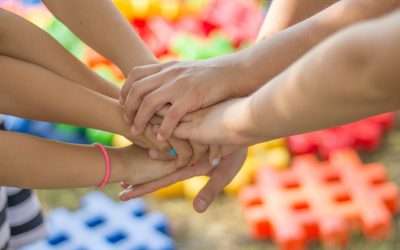 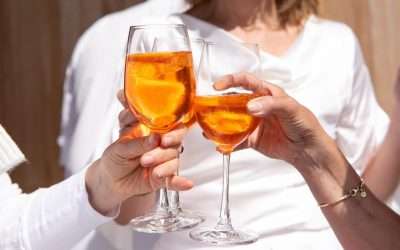 Reality TV “bombards” young people with alcohol marketing up to thousands of times across some of the most popular...