Government caught having a Christmas party when country was in Lockdown 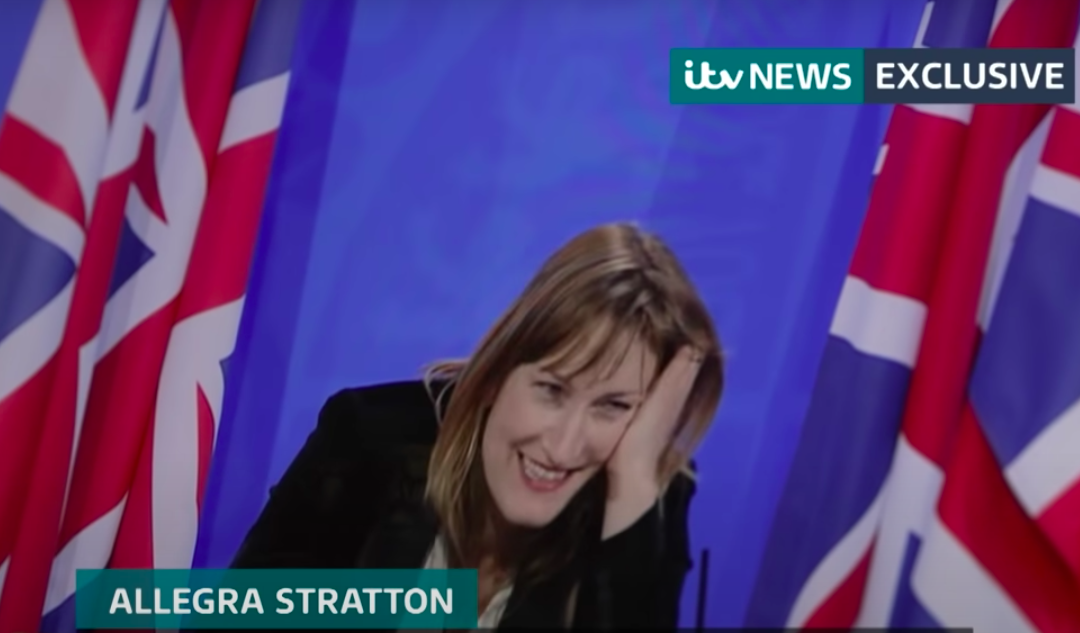 A video has shown footage of no.10 staff joking about holding a Christmas party when London was in tier three lockdown.

In a video leaked to ITV news, the footage shows the PM’s then press secretary Allegra Stratton being asked by colleagues about the reports of a party.  In the clip, Ms. Stratton is seen saying “This fictional party was a business meeting and it was not socially distanced.”

Downing Street is continuing to insist that no party took place.

The clip shows footage of a mock news conference that took place on Tuesday 22nd December 2020 and no members of the media were present.

At the time the government’s coronavirus measures specifically stated that people should not have Christmas parties and that gatherings in London of two or more people indoors were banned unless they were “reasonably necessary” for work.

The day after Ms Stratton’s comments, the PM announced that stricter lockdown rules would be in place over Christmas meaning that many could not see family and friends over the festive period.

In the clip, it shows some aides laughing that “it wasn’t a party, it was cheese and wine”.  Allegra is seen laughing and asks “is cheese and wine all right?”, adding: “This fictional party was a business meeting and it was not socially distanced.”

In response to the clip, No 10 said: “There was no Christmas party. Covid rules have been followed at all times.”

No ministers have appeared in media interviews since the story broke, and some have cancelled visits.

What do you think about the Government holding a party when the country was in lockdown?  Let us know your thoughts in the comment section below.