20 Quotes about Dads for Father’s Day 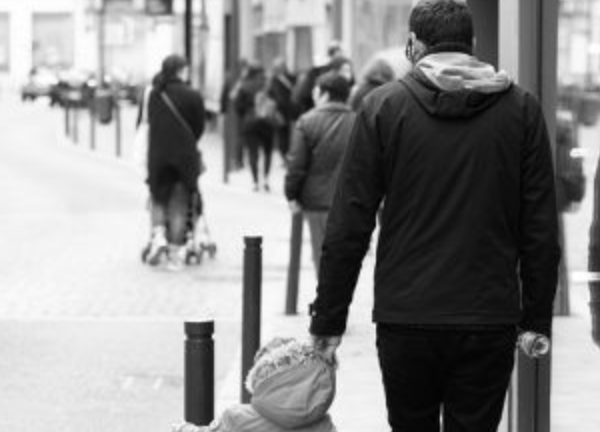 With Father’s Day on the horizon (16th of June in the UK) I thought that I’d list some inspirational quotes about being a Dad. Feel free to shamelessly plagiarise them (as I have done to some extent) for your own Father’s Day card or for your partner’s Father’s Day card!

I had no expectations about fatherhood, really, but it’s definitely a journey I’m glad to be taking.

By the time a man realizes that maybe his father was right, he usually has a son who thinks he’s wrong.

When my father didn’t have my hand, he had my back.

Any fool can have a child. That doesn’t make you a father. It’s the courage to raise a child that makes you a father.

A father is the one friend upon whom we can always rely.

It is not flesh and blood, but the heart which makes us fathers and sons.

My father didn’t tell me how to live. He lived and let me watch him do it.

My father gave me the greatest gift anyone could give another person: He believed in me.

The quality of a father can be seen in the goals, dreams and aspirations he sets not only for himself, but for his family.

Sometimes the poorest man leaves his children the richest inheritance.

He adopted a role called Being a Father so that his child would have something mythical and infinitely important: a Protector.

Lately all my friends are worried they’re turning into their fathers. I’m worried I’m not.

I am not ashamed to say that no man I ever met was my father’s equal, and I never loved any other man as much.

Being a father means you have to think fast on your feet. You must be judicious, wise, brave, tender, and willing to put on a frilly hat and sit down to a pretend tea party.

The guys who fear becoming fathers don’t understand that fathering is not something perfect men do, but something that perfects the man. The end product of child raising is not the child but the parent.

A truly rich man is one whose children run into his arms when his hands are empty.

When I was a boy of fourteen, my father was so ignorant I could hardly stand to have the old man around. But when I got to be twenty-one, I was astonished at how much he had learned in seven years

It was my father who taught me to value myself. He told me that I was uncommonly beautiful and that I was the most precious thing in his life.

The best way of training the young is to train yourself at the same time; not to admonish them, but to be seen never doing that of which you would admonish them.

If there is any immortality to be had among us human beings, it is certainly only in the love that we leave behind. Fathers like mine don’t ever die.

If you have any other words of wisdom about Fatherhood, either your own or somebody else’s then do let us know in the comments below!