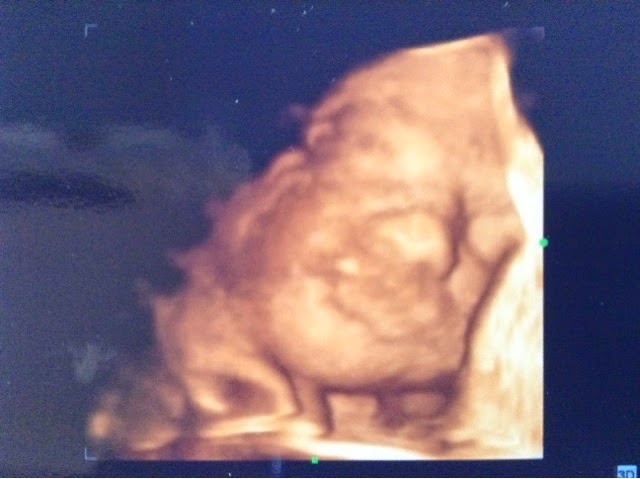 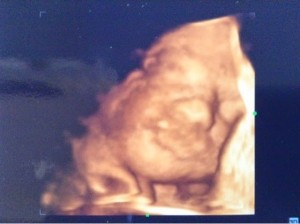 Had a 4D scan at the weekend. Wow! What a brilliant example of how the modern technological age can improve and add to our lives. Seeing the little button nose in 3D is quite something.

We didn’t use the NHS but instead went to a private business. The sonographer had a very impressive machine and through broken English, did seem to know what she was talking about. She started the scan, pressed a few buttons on the swanky touch screen scanner machine thing, STSSMT for short, and hey presto, I was looking at the boys actual facial features.
He wasn’t overly compliant, but he is a boy, which meant that we only managed to take pictures of him in the same position. Despite him thrashing his arms and legs, his head stayed still. A couple of mouth movements, some pouting (like his mum) and the odd hand in shot was about the best we could capture. And it was a little concerning that the sonographer then said, he must be sleeping! I’m an active sleeper, but he was wriggling all the time!
Weirdly, in 3D, you can’t tell whether the baby has their eyes open or not. At first I thought he only had one eye. She did confirm, quickly, that he did in fact have 2. Phew! The colour of the scans is a bit funny, but saying that, the colour of the wife’s insides is probably pretty dank.
All in all, we were really pleased we did it. It was lovely to see some of his features and get a bit more of an insight into what he’ll look like. Is it worth the money? Hmmmm… Yes and no. Not helpful I know, but really does come down to personal opinion. 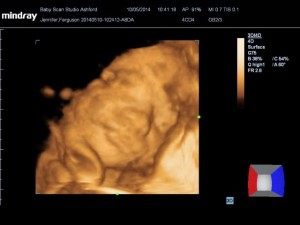 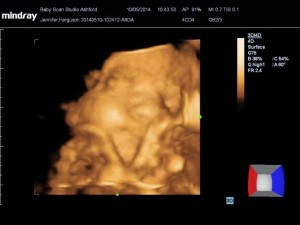