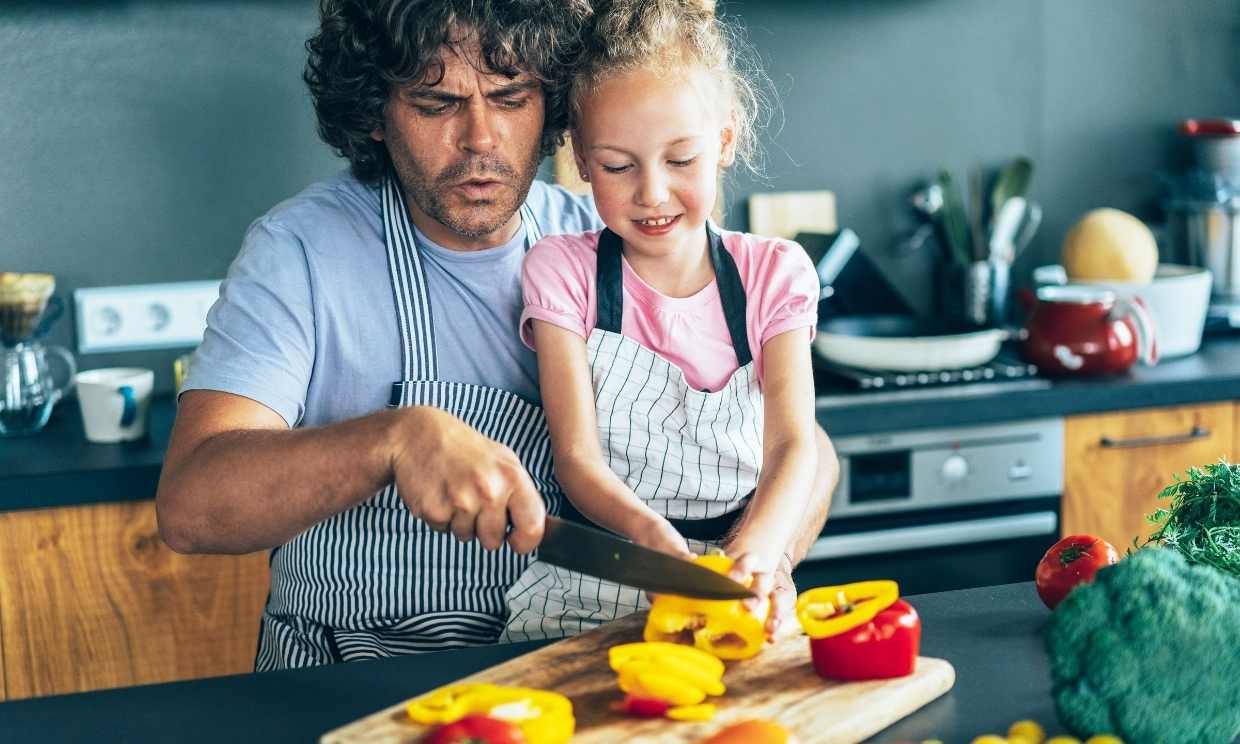 There are so many reasons to get kids cooking.

Not only does it arm young people with crucial life skills, it brings them closer to their food. This provides the potential to encourage them to make healthier choices. Plus, you can have a lot of fun baking and cooking with kids. Obviously, once you accept things won’t be perfect, and you might have a hefty amount of tidying up to do.

Get kids cooking – the advice

“I think it’s essential to get the young into the kitchen,” says Mary Berry. For her, the best way to get children cooking is by having a two-pronged approach. Figure out what they want to cook, and make sure it’s not too complicated.

“Start with simple things – even making scones or bread is inexpensive,” she advises. “And then stand by them, show them weighing – after all, if you’ve got digital scales, they are used to that sort of thing.

“And something they’ll be proud of having made. I spoke on the phone to my daughter this morning, and Atty [her granddaughter] has some friends coming over for a sleepover. They were making biscuits and when her friends come, they will also cook the family supper. It might be pasta, and it’ll be part of the late afternoon entertainment, so to speak. They’ll do it together, and enjoy eating and sharing it.” 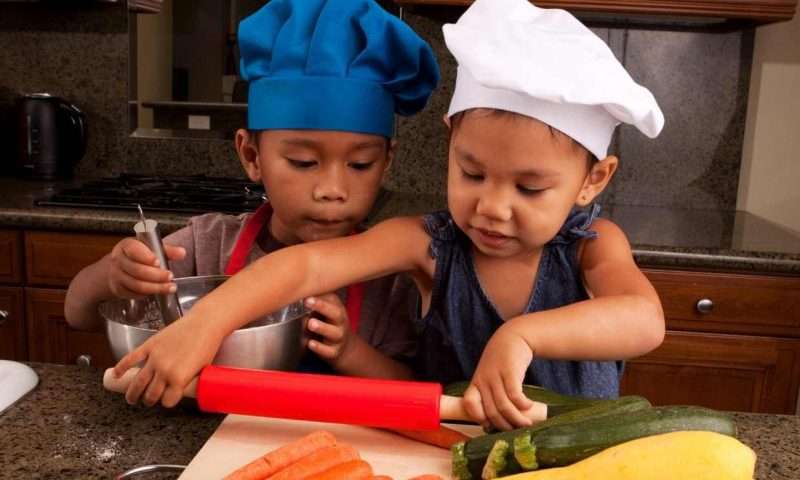 For Hugh Fearnley-Whittingstall, if you have any chance of getting children interested in cooking, it’s all about engaging them with food from a young age.

“Even the tiniest kids have a real natural curiosity around food, and they want to play with it – so I would say, let them,” he says. “They don’t always want to taste it or eat it straightaway… It’s quite hard for grown-ups to let go of our hang-ups about keeping the kitchen tidy, and also stressing about whether our kids are eating the right food. But if you let kids muck about with a good range of ingredients when they’re really quite small… sooner or later, they’ll come around to it.”

He’s also a big advocate for introducing children to “real food” from a young age if you can. “Kids who the only food they see is a jar being opened and mush being spooned out of it into their mouths, they’re going to grow up not actually knowing what food is,” he says – which is why “food recognition is so important”, hopefully sparking an interest in what goes on in the kitchen.

Olia Hercules is married to a chef and food photographer, Joe Woodhouse. So their two-year-old son Wilfred has been around food from a young age. “During the pandemic, we were all stuck in the house and my husband Joe put him [Wilfred] into a sling,” she remembers. “As soon as he was able to turn him around facing out – because Joe was writing a book as well and testing all the recipes – all day long, Wilfred would hang off the thing and watch him chop, mix and whatever – and he’s obsessed now.”

And to start Wilfred on his cooking journey, Hercules has a stool “that you put next to you as you’re chopping, so he’s on the same level standing”, she says. Plus, she recommends getting a kids’ knife so they can start getting stuck in too.

Edd Kimber might be biased because he’s a baker by trade, but he recommends starting with something fun in the kitchen to get kids cooking. “Kids might not necessarily find cooking fun at a young age – I think baking has that more hands-on approach kids like,” he says.

“It’s really important, because you can help educate them about food in general, whilst doing something really fun with them. When you bake with kids, you have to let them do the things they can do, and know when to step in and do the things they’re not going to be able to do.

“But also realise baking with kids means you’re probably not going to get the perfect finish – and that’s OK. Half the fun is the process, so stick to the simple things.”

For Suzie Lee, you don’t need specialist equipment to get children excited in the kitchen. Instead, she says: “Start them with a butter knife, and off you go” – or you could buy plastic serrated knives: “I bought a pack of five from Amazon, and they cost two pounds.”

She continues: “Get them on a chair or one of the safety stools you can get, and let them work away – start them off on mushrooms or soft fruit, or anything like that – and just let them play. That’s the whole point – that’s what my mum did for us. We were peeling chopping, doing food prep for the takeaway from age seven, but we were all tottering around the takeaway from birth.”

Lee’s top piece of advice for parents supervising in the kitchen? “Relax and chill out,” she suggests. “If it doesn’t look beautiful, it’s fine. You’re allowing them to see, this is what food is all about.” That’s why her recommendation for kids is “bring them into the kitchen from the start, let them chop, let them ask questions”. The perfect way to get kids cooking.

Have fussy eaters in your home? Read our tips on how to get them the nutrients they need.

Tell us about your kids’ creations in the kitchen. Leave a Comment below.