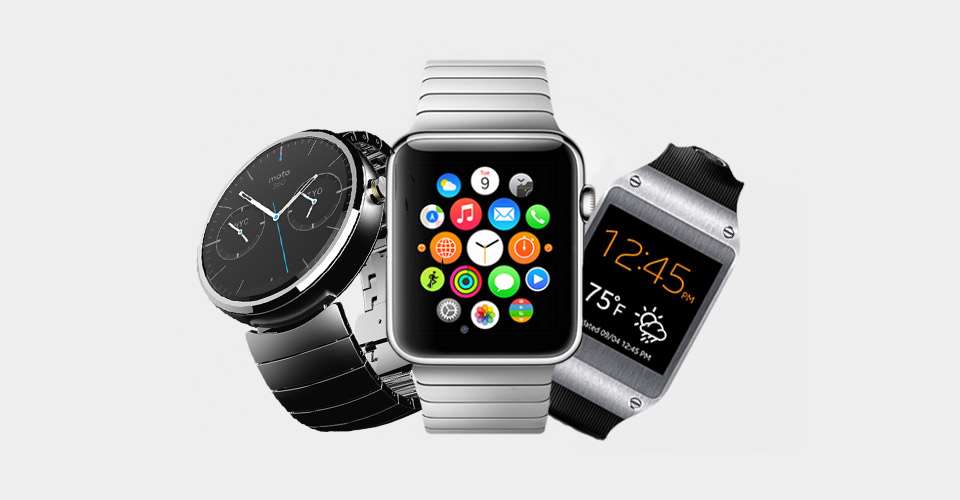 We must have all heard about the forthcoming Apple iWatch, in fact, prior to writing this article Apple has announced a “Spring Forward” event which insiders believe will be the official announcement of the release date and pricing details for the aforementioned smart watch. However there are many smart watches already in the market and this weeks post will look at five competitors in the wearable technology market. 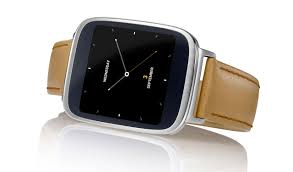 Although you wouldn’t instantly recognise Asus as being in the wearable technology market, their  Asus Zenwatch caught my eye thanks to its stylish design, its really looks like a high quality premium watch thanks to its leather straps and rounded square face. As a smart watch it doesn’t replace the need for your phone to be out of your pocket, but more works in tandem with it. By this I mean you can see things like who is calling thanks to the AMOLED display on the ZenWatch but answering them still has to be carried out through your actual phone. The watch merely works as an informant with the ability to complete basic things such as mute the ring tone, dismiss the call, view a text but not reply, which whilst all the smart watches featured in this post are primarily to be used in conjunction with your smart phone, it does restrict its functionality a little. The Asus only works with smartphones using Android 4.3+ and unlike doesn’t have a heart monitor built into the back of the watch face, choosing instead to go with read on request, this is achieved by touching the metal front surround with your finger to achieve a heart rate. 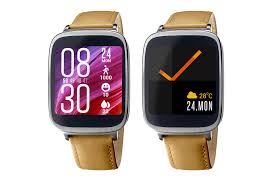 In terms of fitness, as the name Zen suggests, its more of well being monitor through readings such as your relaxation levels albeit it still does count your steps for those who require a fitness side at a basic level. It carries 4gb of inbuilt storage and battery life is expected to last a day before recharging is required.  It is probably more of the lower end of the market, however still looks incredibly stylish for those looking for looks over functionality. 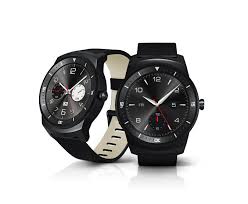 The first thing to note about the LG G Watch is it actually looks like a watch rather than a smart device, this is achieved thanks to its round face but does mean that unlike traditional square screens, LG have had to be more creative when trying to fit information onto the display. Similar to the Asus ZenWatch, the LG G works with Android devices and as a result can do a lot of what the Asus Zen can do but does offer more. One thing which the LG does have is the “OK google” function built in meaning that if you did want to reply to a text messages without getting your phone out you could, similarly this doubles up as any kind of voice commands which are available, for instance to navigate to a destination using its built in GPS. LG really drive home the watch being very much fit for outdoors thanks to it being both water and dust resistant to 1meter. It has a built in heart monitor, fitness tracking which includes the norm as well as things such as hiking meters. Again, there is 4gb of onboard storage and will last around a day before needing some more juice. 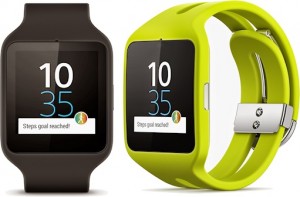 The lowest price of the five smart watches featured today, the Sony Smartwatch 3 as a rectangular face which is able to pop out of its pre-made straps. This is great in one way as you could choose to attach it to things such as your dashboard in your car but equally in terms of changing its looks, you are restricted to the 7 different straps Sony currently have available for it. Again, this is powered by Android wear so as before, its works and does exactly the same as both the LG and the Zen. Similar to the LG, it has built in OK google to allow for voice commands to help that bridge between phone and smart watch. Its both dust and waterproof like the LG and is very much aimed towards the fitness side rather than smart watch. One thing it does have in its favour is that when using it as a fitness watch, you don’t need to bring your phone along with it as it simply works on its own without it, uploading results upon your return. You can also store music on it to listen to during your run however you would need to buy some bluetooth headphones for this to work. 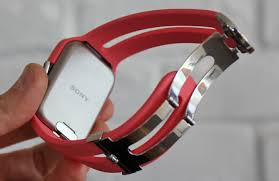 Another sensible thing about the Sony is unlike all the others, the Sony doesn’t need a charging dock/adapter to have to take around with you and instead uses the trusted mini usb cable which nowadays, most devices use. The Sony SW3 also has a longer battery life than most lasting up to two days in normal use, although this does deteriorate rapidly if you use the GPS function. 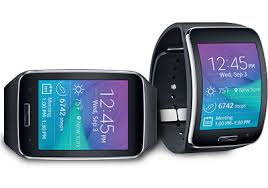 The Samsung Gear S isn’t like the three smart watches above as for a start it works without a phone. Ok, thats not entirely true, you still need a Samsung phone but once paired with it, you don’t need to take your phone with you thanks to the watches built in 3G/Wifi antenna meaning that you can simply forward all calls, texts and such like to your watch and leave your phone at home if you choose. It is worth noting that the watch is actually a separate phone in itself and does have its own sim card which you will need to pay your network provider for the privilege, when near to your existing phone, it will work off that contract tariff, however when without, it will revert back to its separate tariff. The Gear S has a massive (for smart watches anyway) 2inch screen meaning you can see more of what you want rather than an odd word before having to scroll or when viewing web pages, yes I just said web pages, this is like a Samsung phone only smaller. It has built in touch screen keyboard for use, the ability to take calls on your watch, being able to surf the internet. The watch also runs on Samsung’s on Tizen (linux based software) meaning if you’ve used any of the other 5, yes 5 other smart watches over the last few years, you’ll know exactly how this works. 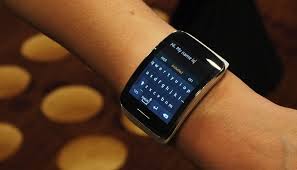 Like the Galaxy phones, the Gear S comes with the S Health app, which tracks your steps, heart rate, location of workout, sleep and has a neat UV index which you simply point the phone to the sun and it provides you with information regarding the UV that day and some handy tips accordingly.

For a larger smart watch you’d expect a better battery life however again, this lasts around two days of moderate use but being drastically reduced under heavy use.

There are many experts who suggest that Samsung’s Gear S is massively flawed and I would agree with them, I’m not sure what use having to pay a heavy price for the device as well as then increase a monthly mobile tariff achieves. In fact Samsung have recently announced they are taking a break from the smart watch arena for a while. Maybe due to Apple’s impending announcement.

Apple market this as first and foremost a watch and a very good one at that, choosing to focus on its timekeeping ability which is actuate thanks to its build in GPS and integration to things like your calendar and contacts. It also wants its users to be able to not just see message alerts on screen but to be able to reply in unique, intuitive ways such as sending a quick sketch drawn on the watches face, sending a finger press animation or a brief heartbeat to a loved one to tell them your think about them. Don’t worry though, for the traditionalists you can still text back, send emoji’s or even send a voice text thanks to its built in microphone which is also used to make or receive calls on it too. 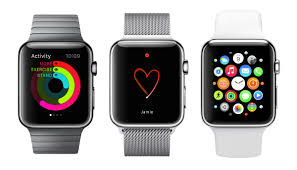 Fitness is also built into the Apple Watch and where as most focus on steps taken, Apple chooses to focus on time spent doing brisk activities, time spent standing and the old faithful, calories burnt. As you’d expect though with Apple, apps will also be available to use ensuring steps taken, miles travelled (GPS built in) and such things as personal goals are also available.

Other things to mention include its built in heart rate sensor, Siri (Apple’s personal voice assistant) integration, iOS handoff meaning if you able to begin something on one Apple device and finish off on another, great for things like email conversations and texts. 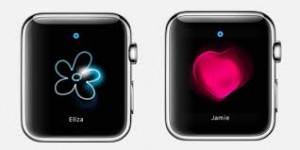 As you’d expect, Apple are tightly guarded on all the specs for this device so unlike the rest, I haven’t been able to compare battery life or pricing but I’d expect the latter to be of the high end of the market as this smart watch is one which has been talked about for a long time now and you can bet it will also become the instant leading in the wearable technology market.

I absolutely can’t wait for it to be released as Mrs F has given the green light for one… providing its not more expensive than our mortgage… which you wouldn’t bet against ;-)

Do you have a smart watch? Do you think they are any good? As always, leave your comments below