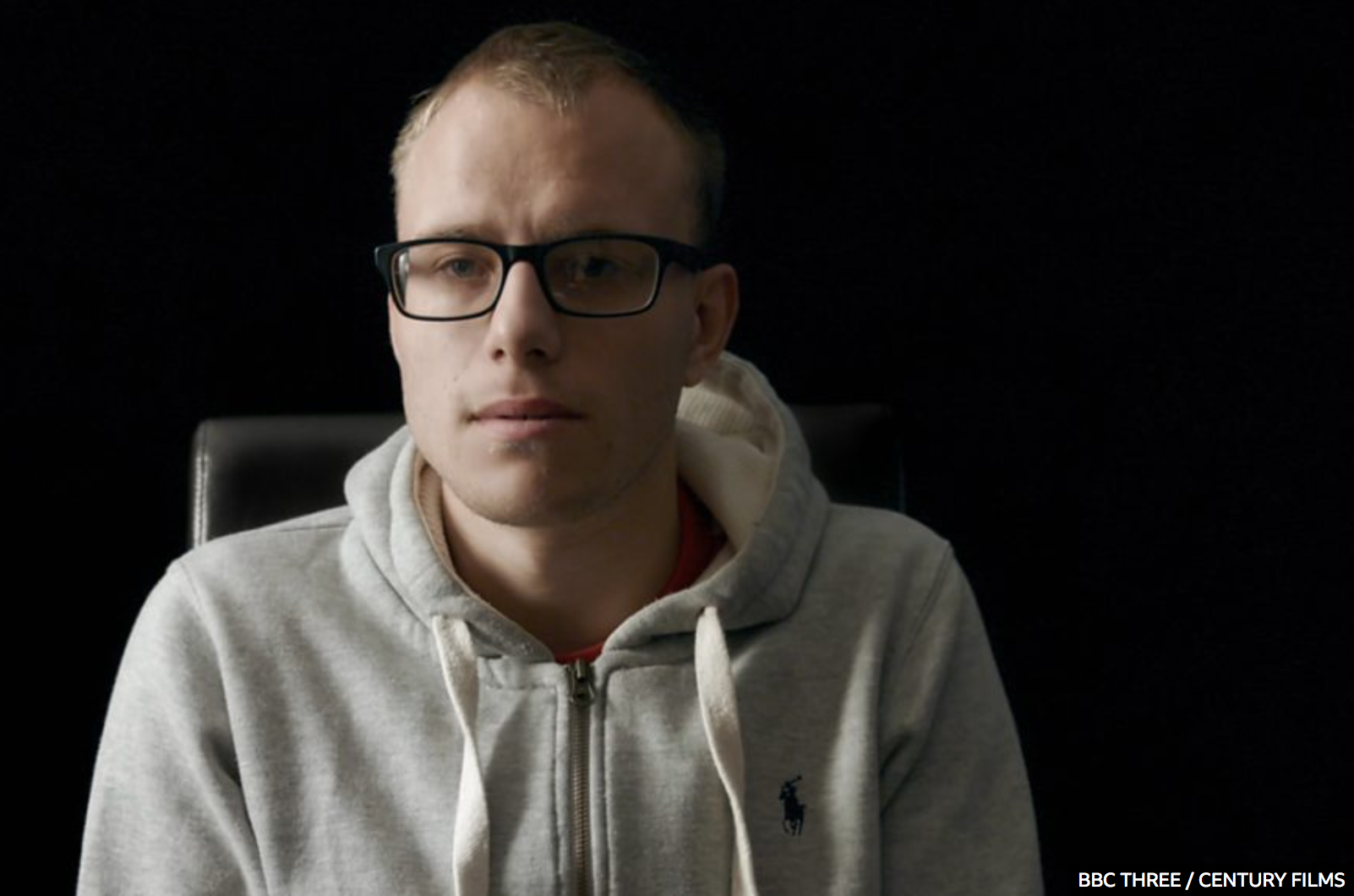 Currently available on iplayer is a harrowing documentary called ‘Abused by my girlfriend’.

I was absolutely riveted by the documentary which tells the story of Alex Skeel and how he became involved in an abusive relationship with Jordon Worth when they were just 16.

The relationship started off well but after Jordon systematically isolated Alex from his friends and family using emotional abuse tactics, such as weaponising her children (Alex and Jordon had two children together during the period of their relationship) Jordon was able to maintain a campaign of physical violence which was described by Bedfordshire police as one of the worst cases of domestic violence they’d ever come across. After Alex was hospitalised, doctors said that he was just 10 days from death.

What can we learn from such a shocking story?

The words ‘domestic abuse’ conjure up thoughts of women’s refuges but domestic abuse has a whole other side to it which perhaps because of the silencing nature of toxic masculinity we are less likely to consider when we think of victims of abuse.

An estimated two million adults aged 16-59 years had experienced domestic abuse in the last year – of that number, over one-third were estimated to be men.

It seems as though men suffering from domestic abuse may still be overlooked by the police and/or the media (as suggested by this report in The Guardian). In Alex’s story the outcome may have been very different had it not been for the gut instinct of one police officer but by then he was already in a very bad place. Would his suffering have been stopped sooner had he been a female?

Alex’s abuse involved a huge amount of coercive control. This started with Jordon isolating Alex from his friends and family and escalated into depriving him of food and other basic needs.

3. It is important to constantly challenge our own bias

Even as I was watching a documentary in which I knew that the victim was Alex and the perpetrator was Jordon my own prejudicial bias kept creeping in – I made judgements based on her slight figure, her meek voice, the fact that she had just had a baby – none of these things mean that you cannot be a perpetrator of abuse and documentaries like this are essential to constantly challenge the stereotypes that we inadvertently hold.

4. We need to check in on our loved ones

As a result of the aforementioned assumption of what a victim and a perpetrator look like we need to make sure that we are checking in with our loved ones, male and female. Are they in happy, loving relationships or are you noticing changes in them? Have they become isolated from you? Are they exhibiting strange behaviours as a result of a relationship? Don’t let the fact that someone happens to be a male mean that you dismiss these changes – they might be something sinister.

On the documentary we see one of Alex’s close friends describe how he knew the changes in his friendship were because of Jordan, likewise with his mum. In fact after not speaking to her son for two years on the day she received a phone call from the police the first words she said to them was ‘has she hurt him?’.

Alex is now speaking out about his story in order to educate people about the signs of domestic abuse. His partner Jordan was sentenced to seven and a half years and the prosecution is the UK’s first conviction for coercive control involving a female offender. It seems appropriate to finish the article in Alex’s own words – quoted from an article he wrote ahead of the release of the documentary –

I sometimes think the main reason I’m alive is to raise awareness. Why didn’t the knife go in the wrong place? Why wasn’t I hit in the wrong place? I never had a fractured skull and I was hit thousands of times. That just amazes me. Why not? There must be a reason for it. The reason is to help people. I only hope that things get better for other victims.

If you have been affected by any issues in this article please see the below helplines.

Abused Men in Scotland supports men who are experiencing, or who have experienced, domestic abuse.

Respect Phoneline offers confidential advice and support to help domestic violence perpetrators stop being violent and abusive to their partners or ex-partners.

Victim Support provides emotional and practical help to victims or witnesses of any crime, whether or not it has been reported to the police.

Victim Support NI offers emotional and practical support to all victims and witnesses of crime across Northern Ireland.

Victim Support Scotland offers emotional and practical support to all victims and witnesses of crime across Scotland.