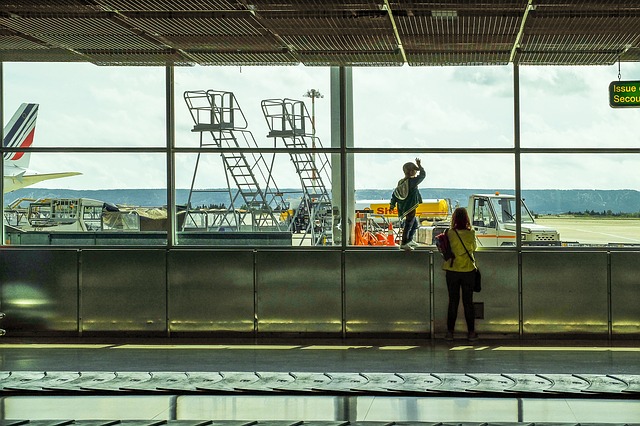 The summer will be here soon and many of us will look to jet off to somewhere hot and sunny. This usually occurs at exactly the same time as the UK experiences a heatwave, but that’s a kind of tradition that you can’t do anything about. However, as much as you are looking forward to time on the beach with the family, you might already be worrying about taking a toddler on a plane.

Even if you have the most placid child in the world, you don’t know how they will react to being cooped up in a box for four hours, being forced to stay in their seat during turbulence and having their ears pop like there’s no tomorrow. On a trip in the car you can (and probably do) stop every so often for a wee, leg stretch and a breath of fresh motorway air; short bus journeys with toddlers might be fun thanks to the novelty, but how will they handle the frankly unusual situation inside an aeroplane?

Thankfully, here are some helpful tips for taking a toddler on a plane with as little stress as possible:

Often the worst thing about these situations is the thought of what could happen more than what does happen. When we took our daughter on a plane for the first time, we were late to reserve our seats and didn’t have much choice. The only places for us to sit were the two seats closest the aisle (under twos travel on a parent’s lap), next to a solo traveller by the window.

Cue 24 hours of worrying about how exactly we were going to ruin this fellow passenger’s day. When there is already so much to consider and to worry about, don’t add an unnecessary stress into your trip; reserve early and grab yourselves the seats closest to the window to allow an unwitting victim the opportunity to escape if they need to.

As it happened, the woman by the window was lovely, spent ages chatting and playing with our little girl and even gave her some chocolate. But you never know that’s how it will pan out until it happens.

When you pack, pack well. No matter how strict you are normally, a conveyor belt of snacks could help keep your toddler entertained throughout the flight. You can take solid food through airport security, such as cake and sandwiches. The only restriction is on anything with a high liquid content. Unfortunately, if you had planned on feeding your child beef bourguignon on the plane, you’ll have to keep your fingers crossed that your departure airport has a Kentucky Fried Beef Bourguignon outlet air-side.

You might not want to give a young child a hard sweet to suck to help alleviate the problem of popping ears, but something chewy at take-off and landing will have a similar effect. This is sometimes one of the worst bits of a plane journey for kids, as it is so unexpected and unusual.

Other than that, a bag full of books, pens and stickers will go down a treat and act as the perfect distraction for the journey.

Load Up Your Tablet

If you are flying short haul on a budget airline, you know you have to make your own entertainment. In addition, you can’t rely on wifi for an instant child-friendly TV fix.

This is why you need to plan ahead. You can download shows from the BBC iPlayer onto Apple and Android phones and tablets, which you can then watch offline. You do need to note that the downloads have the same shelf life as the streamed shows. If a programme has just two days left on streaming, you only have two days to watch the download too.

But still, there are plenty of excellent CBeebies shows to keep your children entertained on the plane. You can also download from iTunes, Amazon and other services to watch online or use online tools to download YouTube videos to mp4. All of which provide excellent ammunition to help avoid a toddler meltdown.

Warning: if you’re a Gina Ford devotee, this advice might bring you out in hives, so perhaps move on to the next point.

If you have one of those miracle children who can nap anywhere, with any manner of distractions, then you probably don’t need to worry about your kid will kip during the flight. However, if you are taking a toddler on a plane who is anything like mine, you might need to do some careful nap adjustment prep.

You have to assume that they won’t nap on the flight. There is so much going on and it is all so new and different, that they are likely to be overstimulated. As such, if the flight happens during their usual nap time, it could be an idea to try and subtly shift them earlier and earlier over the preceding days. If you can time it right, they could wake up just before you need to nip into the airport and the journey will come when they are at their happiest and most reasonable (well, it’s all relative).

This isn’t always possible, but it’s definitely worth a try if you can. I know I’m a grump on a flight after not enough sleep, so it’s understandable that toddlers might get a little narky. Similarly, I can be appeased with snacks too.

Look, no one enjoys that long wait at the airport before a flight, but the flipside is rushing through the terminal, trying to cart a toddler, your hand luggage and all the items you need to keep said child sweet in a panic. That is not a fun way to start a holiday. Get to the airport with plenty of time spare.

The first time we flew with our eldest we set off late, struggled to find the car park, discovered we were well overweight with our luggage, spent an age working through the ‘handy’ payment process to fill Ryanair’s coffers with an eye-watering amount of money to make amends for the extra weight and then had to Usain Bolt it through security and to the gate, just in time to take our place on the plane.

Given the choice between that and strolling aimlessly around the United Colors of Benetton for twenty minutes, I know what I’d pick.

More Tips for Taking a Toddler on a Plane

Do you have any more tips for taking a toddler on a plane? Add them in the Comments below. 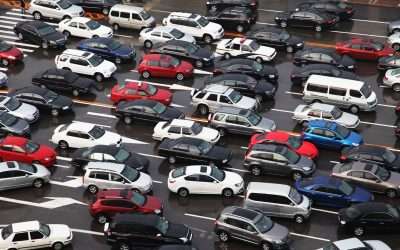