6 clichés about dads that need to stop 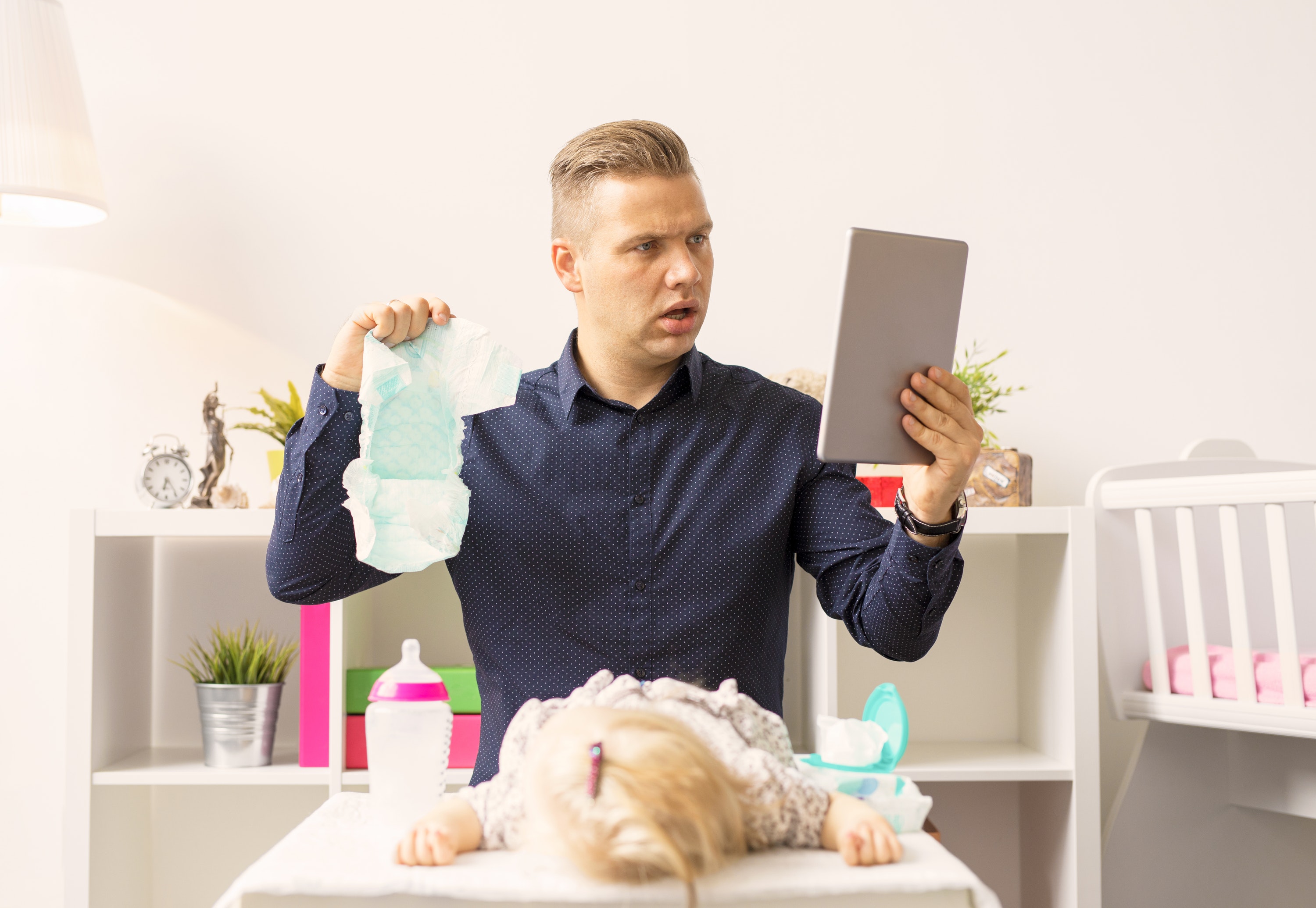 The rules came into effect on June 14 and say that ads “must not include gender stereotypes that are likely to cause harm, or serious or widespread offence”.

One of the adverts – a Mondelez ad for Philadelphia soft cheese – shows two dads leaving a baby on a restaurant buffet conveyor belt as they get distracted by food, and the other is a Volkswagen ad showing men doing adventurous things, like going into space, in contrast to a woman sat on a bench next to a pram.

Dad stereotypes aren’t just damaging for men, but for families as a whole. Here are some clichés about fatherhood we really wish would cease to exist…

1. Dads are too busy having fun to actually parent

Traditional, stereotypical gender roles dictate that mums do the serious work of parenting, while dads go out and have fun – as seen, arguably, in the Volkswagen advert (although Volkswagen deny this).

Meanwhile, ideas around dads being ‘good cop’ and mums being ‘bad cop’ suggest men aren’t capable of looking after, or disciplining, their own children, which is ludicrous. Plus, women enjoy being adventurous and doing fun things too.

2. Dads are careless with their kids

People complained about the Philadelphia ad because they believed it suggested men couldn’t care for their children, and that kids would be put at risk with their dads in charge (again, a claim Mondelez refutes).

It’s a cliche that diminishes, and takes away responsibility from, fathers, and is  a stereotype that puts even more pressure on mothers as primary caregivers.

How many TV shows and films have you seen featuring a hapless father who burns dinner the one time he takes over cooking from mum? It’s all for comedic effect, but again, perpetuates the stereotype that cooking is a ‘woman’s job’, and that men shouldn’t even attempt it. But why depict dads being unable to whip up a meal for their kids, when so many do just that every day?

I hate when people say dads are babysitting. Babysitters are people that get paid not men who helped make the baby! You never hear anyone call a mom a babysitter so why call the dad that?

It’s not uncommon for dads taking care of their children to be congratulated for ‘babysitting’. Which is just insulting, to dads, and their kids. And it isn’t a sentiment ever levelled at mums. How can taking care of your own kids constitute babysitting??!

5. Dads are always the breadwinners

It’s 2019 guys, fathers aren’t always the sole earner in the family. Sometimes – gasp – they might actually be the primary caregiver. It’s time we got rid of these dated stigmas, for the sake of all stay-at-home parents.

6. Dads should be adored for doing the bare minimum

When dads do some small, normal, everyday task – like the school run/changing a nappy/doing bedtime – they’re often showered with praise, as if they’ve achieved something mighty. But what about the mums, solo parents, stay-at-home dads, grandparents, siblings etc. who help out with this stuff too? Celebrate everyone, or leave it be.