7 unusual Christmas rituals from around the world 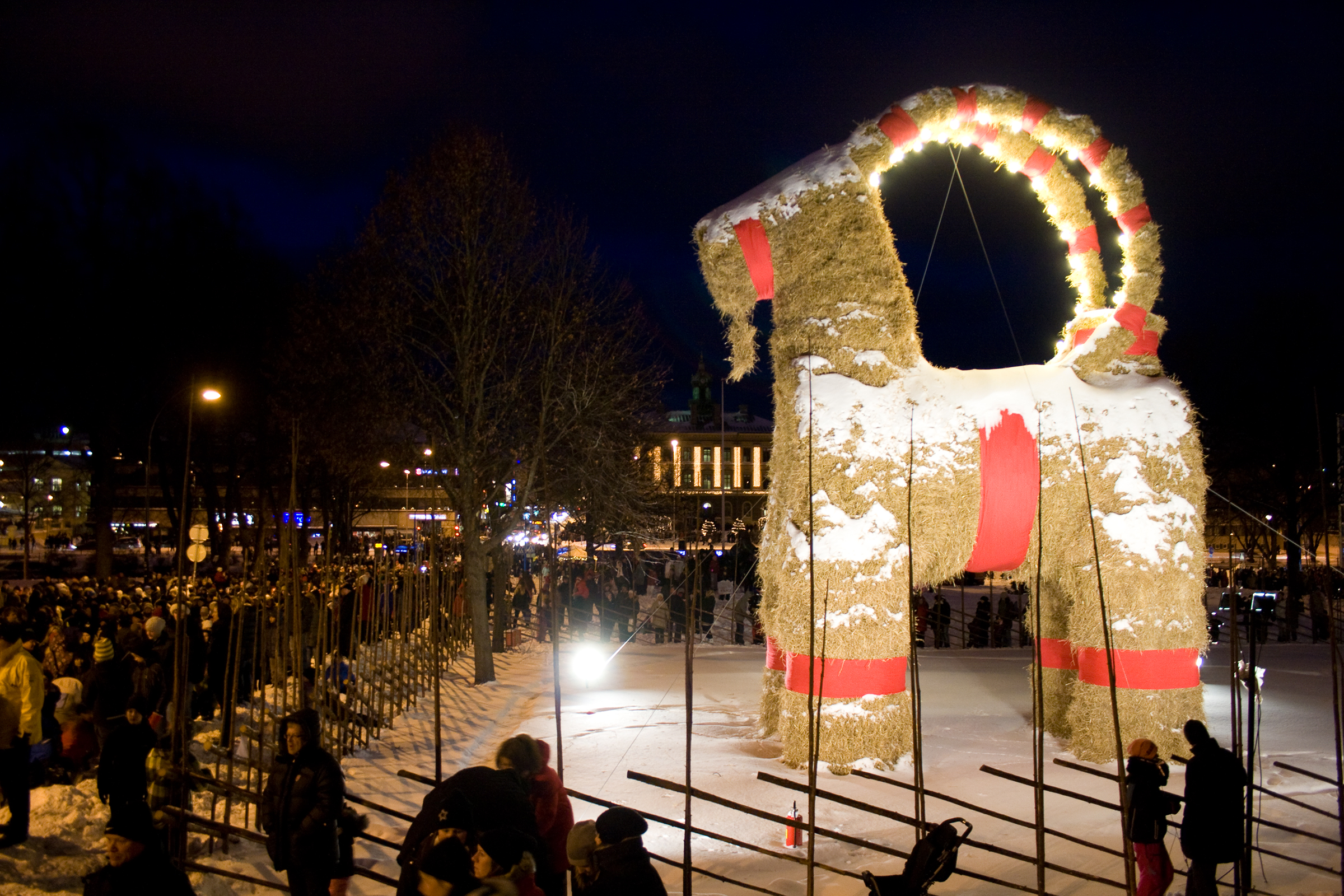 These are some of the weirder ones, from a child-eating troll, to festive fast food…

Goats occupy an unusual spot in Christian folklore, and are commonly associated with the devil, but in parts of Sweden the so-called ‘Yule Goat’ has been a go-to symbol of the solstice since pagan times.

Particularly well-known is the Gävle goat – a massive straw monstrosity built in the city of Gävle every year, as known for repeated arson attacks as for its enormous size. It has been burned many times since its first appearance in 1966, sometimes by vandals in Santa outfits, despite the fact doing so is punishable by jail sentence.

There are as many flavours of festive food as there are Christmas dinners, and culinary Christmas traditions are as unique to families as they are to countries. Perhaps it’s a certain style of potato, a pile of pigs in blankets, or the baffling continued presence of Brussels sprouts.

In Japan, it’s KFC. Started in 1974 by an extremely successful festive marketing campaign (“Kurisumasu ni wa Kentakkii”, or “Kentucky for Christmas”), going out for fried chicken is now a Christmas staple for many, and outlets are often booked up weeks in advance.

Father Christmas in 13 different forms, Iceland’s ‘Yule Lads’ refuse to limit the giving to just one night. On the eve of December 12 Icelandic children traditionally leave a shoe on their window sill or outside their door, and every night until Christmas wake up to a gift or treat. It’s all fun and games until Gryla shows up – the trollish mother of the Yule Lads who knows when you’ve been naughty, and turns badly behaved children into stew.

5. Night of the Radishes, Mexico

A competition to see who can carve the finest radish, held every December 23 in the Mexican city of Oaxaca, the Night of the Radishes is definitely one of the world’s more unusual vegetable-themed Christmas events. Oaxaca has a wood-carving tradition stretching back to colonial times, which was transferred to radishes as a way of advertising Christmas markets.

With temperatures usually topping out in the twenties, Australian Christmases bear little resemblance to the snug, snowy affairs in the Northern hemisphere, as coastal cities spill out onto the beaches for sun-soaked barbecues and festive frivolity. Christmas falls early in the Australian summer. We still can’t get our heads round it.

Less Christmas tradition, more 2,000-year-old clerical error, for some countries and communities the festive feeling lasts into the New Year and beyond. Most orthodox churches (particularly those in Russia and Ukraine) still use the Julian calendar, which was calculated by Roman mathematicians back when the world was BC.

Unfortunately, they overestimated the length of the solar year by 11 minutes, meaning the Julian calendar slowly creeps out of sync as the centuries tick by. Most of Christendom switched to the Gregorian calendar in 1582, but Orthodox Christmas is now 13 days late – and getting slowly later.