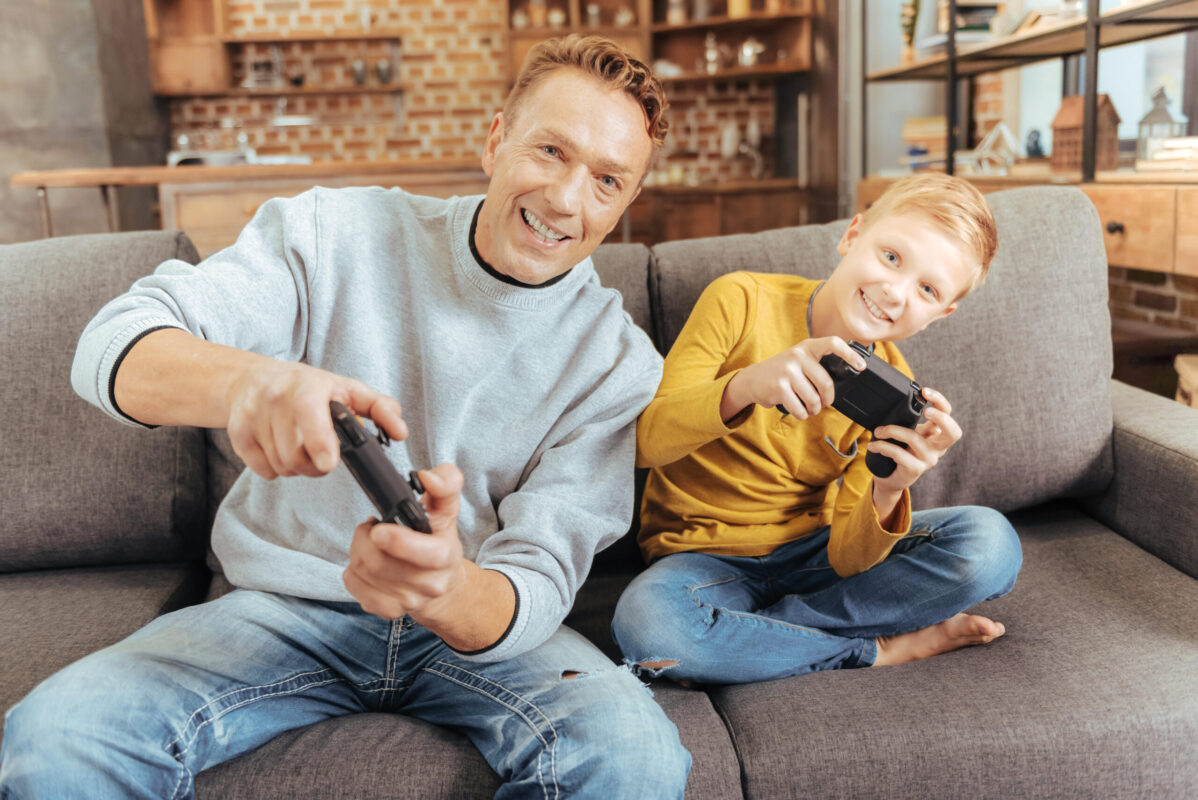 It’s fair to say the pandemic has taken online gaming from popular among certain age groups, to near-ubiquitous thanks to the long, dark days of multiple lockdowns.

But from chatting online with strangers to the massive time commitments they can command, online games also present a variety of risks and challenges for today’s youth.

Now a new campaign, named the Play Together/Play Smart initiative, has been launched with the backing of gaming giant EA, to raise awareness of some of these issues.

We spoke to Tony Neate, CEO of Get Safe Online, about what parents can do to understand and protect their children in the forum of online gaming…

Banning video games out of hand is not only needlessly authoritarian, it’s also probably doomed to fail. “Banning something never works,” says Neate, “especially when it comes to children, because then that’s a challenge, and you’re not going to be able to stop them from using the internet.”

Instead, make it clear to your kids you understand the benefits of gaming, and aren’t against them entirely. “Games can be very beneficial,” says Neate, “and most experts agree they can help children’s development, co-ordination and motor skills.” They have also become an important social outlet, and the focus should be on monitoring and moderation rather than banning.

Neate says the most important thing is to get directly involved. “If you don’t understand what your kids are doing, get in there and play the games yourself,” he says. “I’m a grandfather and I’ve had a go.”

When you’ve played with your children, you’re much better placed to have intelligent conversations with them, and they are more likely to listen to you about any dangers you might identify.

Parental controls have been part of the gaming industry for decades, but many parents either don’t know about them or don’t use them. According to the Play Together/Play Smart initiative, 58% of surveyed adults were unaware of the parental controls available on consoles, despite the fact 80% of those that did use them said they were helpful and easy to set up.

“They are useful,” says Neate, “but there’s no silver bullet for this stuff. The one thing I’d say is, tell your children you’re putting them on, and tell them why. Talk to them and explain.”

You can have too much of a good thing, and video games have a not entirely undeserved reputation for having addictive qualities, and in cases causing some kids to neglect other important aspects of life. You could set daily or weekly limits on how much time they spend online gaming – the important thing is to stick to them.

5. Talk to your kids about basic online safety

“Quite often parents will say, ‘Oh well, they know more than me about computers’,” says Neate, “but they don’t know more than you about life, risk, and danger.” Have open and honest conversations about the risks associated with talking to strangers and spending money online.

“You’ve got to work with your children,” says Neate, “and have open and honest conversations. These are the sorts of conversations we’ve been having with kids forever. Road safety, stranger danger, watching too much television – it’s the same kind of idea.”

Microtransactions have spent a lot of time in the headlines – a business model which monetises often free-to-play games with regular low-cost payments for optional-but-important items – while we’ve all read at least one horror story about a child swiping a parent’s credit card, and bankrupting them by buying vast quantities of virtual collectibles.

“Monitor how much money your kids spend online,” says Neate, “and do not give your kids your credit card. Perhaps pre-load some of these games that you know about with a certain amount of money, but don’t then go over or above that.”

8. Check that games are age appropriate

Almost all games carry a PEGI (Pan European Game Information) age rating which is easily checkable online and should come with extra information on what the game contains.

9. Discuss things with other parents

You children don’t exist in a vacuum, and there’s no point stopping them playing certain games in your home if they’re just going to go and play them in someone else’s. “Let’s not, as parents, bury our heads in the sand,” says Neate. “Ask neighbours, ask friends, and do your own research.”

Do you worry about your children’s safety while gaming online? Tell us your thoughts down below.