A Letter to Arsenal FC 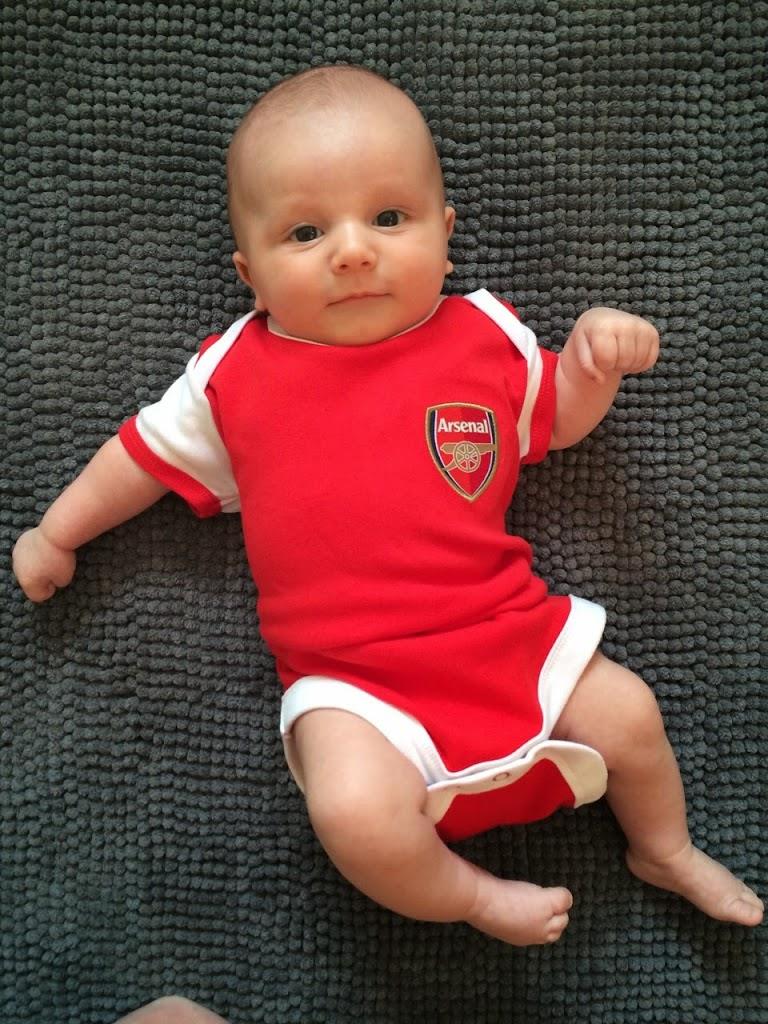 We are now a few weeks into the new season and whilst you are continuing to play the games and seeking to win, you are unaware of the monumental season you’re embarking upon. A season that will see Arsenal Football Club receive a new die hard fan. A season that will change my sons life forever: his first season experiencing the highs and lows of following the greatest football team the planet has ever seen: his first season as an Arsenal fan.

He was born days before the season kicked off, as if he was a lucky mascot brought out as you finished your pre-season preparations. He has his Arsenal shirts ready, hanging in the wardrobe anticipating being brought out on match days. He is just in time and ready for his first season of many.

So… Arsene Wenger, after your summer signings of Sanchez, Welbeck, Chambers, Ospina and Debuchy, show Ted that you spent wisely. Show him what it means to be a wise and strong leader giving the winning strategies and tactics from the sidelines.

Mathieu & Chambers this is your first season as part of a formidable back 4. The history of Arsenal’s defence needs no building up but know this, I’ll be showing Ted videos of Adams, Dixon, Winterburn & Keown so you have big shoes to fill. Step up and show little Ted that you too can be one of the greats.

Per, Koscienly, Gibbs, you too have a big job ahead of you. Defend that goal like Ted cries for milk. With passion, desire and urgency.

Arteta, teach my boy what it is to be disciplined in positioning and making the right choices.

Jack Wilshire, Aaron Ramsey, Sanit Cazorla and Ozil, show Ted what creativity really looks like. Pick your passes, find the space, pull off the wonder-ball and may he experience the magnificence of your imaginations.

To Walcott & Ox… I don’t want Ted to be able to rest his eyes upon you for your speed up and down the pitch.

Giroud… I want him to wonder why you even bother passing for the pin point accuracy and clinical finishing.

To the rest of the squad… your job is under appreciated and over-looked but crucial to success. Teach little Ted what is to be a team of brothers fighting for the same goal.

So, please don’t disappoint him. Start his Arsenal passion off with nothing less than silver wear and victory in the face of our rivals. Start him off with a season to remember.

If you enjoyed this article, get email updates! (It’s free!)


*This idea came from a good friend, and fellow dad blogger, of mine called Josh. #newdad. He wrote to The Kansas City Chiefs on behalf of his daughter and so I felt compelled to do the same. Thanks Josh, a great idea.