A Parent’s Guide to FIFA 15 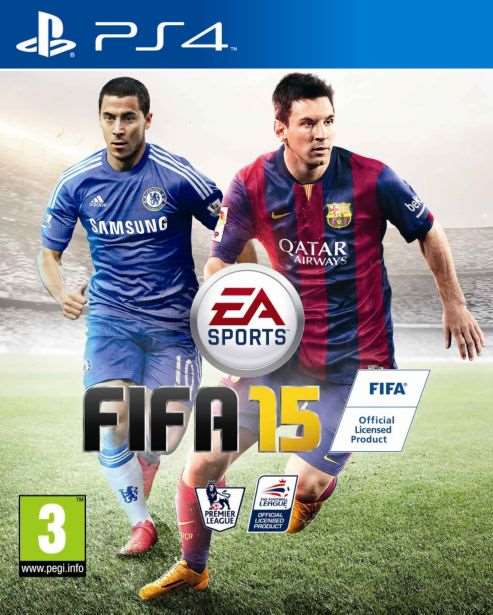 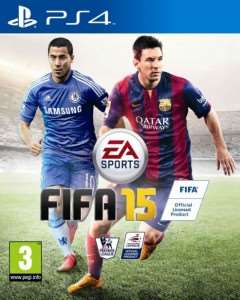 From a gamer/parent’s perspective, I’m not sure any more if FIFA video games are aimed at kids or adults?  I suppose it’s a real benefit to families to already have a daddy gamer in the household, who has played a lots of FIFA games over the years.  I sometimes feel like saying, “Back in my day before online multiplayer, you know when you would have more than one controller (possibly a multitap) and had to share the same sofa as the person you were playing with”.

Well with the modern FIFA you can have bags of fun with friends online by taking part in one off matches or creating private tournaments.  You can even raise the stakes and bet with real money!  I’m not sure the last thing is something I would encourage younger gamers to do, but playing with friends online can save having the living room messed up when a group of tweenagers invade your household.  However, in my view this doesn’t help with children’s social development.

So FIFA 15 is part of an annual series of football simulation video games that allows footie mad fans the chance to control the best teams and players in the world (just look who adorns the front cover! (Messi in case you’re wondering who)).  Nowadays the FIFA experience is designed to closely resemble the TV coverage you get from Sky Sports and ITV.  The usual commentary teams of Martin Tyler and Alan Smith, as well as Clive Tyldesley and Andy Townsend, are there to give you a run down of the match as it happens.  Jeff Stelling also lends his voice to the pre-match build up, which gives further immersion to the playing experience.

The game is available for most popular platforms, such as PS3, PS4, Xbox 360, Xbox One and PC.  They’re still releasing the game for the Nintendo Wii but not the Wii U (I’m not sure why this is?).  You can even pick up handheld version of the game up for PS Vita, Nintendo 3DS, iOS, Android and Windows Phone!  Please note though that your kids will only be able to play friends online if they are playing on the same console.

A new feature to this season’s FIFA is that all 20 licensed Premier League teams have had their home stadiums created in digital form.  The cheers, chants and sounds have also been recorded by EA Sports from every ground, so there something here for every fan up and down the country, and you’re not just limited to the Premier League, FIFA also features all 4 divisions from the English football league, including the licenses for the FA and League Cup.  Player likeness have also taken to a new level thanks to the better hardware of the PS4 and Xbox One.

The beauty of FIFA video games is that with many different in-game programs assisting you, anyone can pick up and play the game straight from the get go.  There’s even the ability to fine tune your skills with training modes just before start each match.  So don’t be too discouraged if think the kids are going to give you hammering, but any competitive parents out there who may be a bit better should already know to take it easy on their young gamers.

In all FIFA 15 is the most realistic football video game out there, but it does ride the excitement generated from Sky Sports coverage of the Premier League.  Personally, I tend to sway towards playing FIFA’s rival PES, which also trys to hook players in with it’s licensing of the UEFA Champions League and Europa League.  PES though is not for the faint hearted, as it will take many plays to master the control system.

Let us know in the comments below whether you have any FIFA fanatics in your household? Or maybe you’d like to join the fanatics: FIFA 15 (Xbox 360) 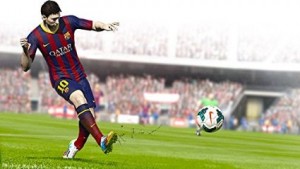