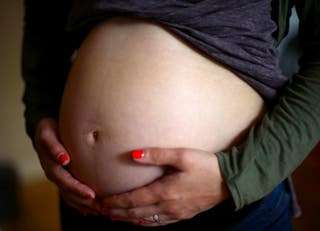 A major report has found that almost half of all pregnancies worldwide are unintended.

The report by the United Nations Population Fund (UNFPA), hosted by the Irish Family Planning Association (IFPA), found that between 2015 and 2019, there were roughly 121 million unintended pregnancies each year.

It found that an estimated 257 million women who want to avoid pregnancy are not using safe, modern contraception.

The report – Seeing the unseen, the case for action in the neglected crisis of unintended pregnancy – found that in 47 countries, about 40% of sexually active women were not using any contraceptive to avoid pregnancy.

Irish woman Jacqueline Mahon, the principal adviser for International Development Finance at UNFPA, said unintended pregnancies are very common, and most people know someone who has faced that challenge.

The report also found that nearly a quarter of women are not able to say no to sex, and that rape-related pregnancies are equally or more likely to occur than pregnancies from consensual sex.

Contraceptive use is 53% lower among women who have experienced intimate partner violence.

Over 60% of unintended pregnancies and almost 30% of all pregnancies end in abortion, with 45% of abortions performed globally being rated as unsafe.

The report found that unsafe abortions led to about seven million women needing hospital treatment a year, and caused 5% to 13% of maternal deaths.

In humanitarian emergencies, such as the war in Ukraine, many women lose access to contraception or experience sexual violence.

Some studies have shown that over 20% of refugee women and girls will face sexual violence.

In the first 12 months of the Covid-19 pandemic, the estimated disruption in contraceptive supplies and services lasted an average of 3.6 months, leading to as many as 1.4 million unintended pregnancies.

Ms Mahon said the report also shows that a quarter of women cannot say no to sex.

She added: “A quarter of women cannot make the decision to go to a health facility to access sexual reproductive health services, almost 10% of women and girls cannot use a modern contraceptive.

“In terms of the numbers, given some of these underlining issues, I think it’s something that we really wanted to bring to the forefront because it is in many ways hidden and it is a crisis.”

She also said the implications of unsafe abortions are significant to women’s wellbeing and health.

“Where abortion is legal, it must be safe, where abortion is not legal, then there must be access to what we call post-abortion care services,” Ms Mahon added. “That those services are there and women can go and seek them and be provided with the necessary services available.”

Ms Mahon also said that women in conflict zones, including refugee camps and other humanitarian settings, are at high risk of unintended pregnancies.

The organisation estimates that 80,000 Ukrainian women will give birth in the next three months.

“We’re hearing reports of women giving birth underground as they seek shelter, and giving birth without having skilled professionals around them,” she added.

“So we are scaling up our support there to ensure that we have rapid response services available to help to women.”

Was your pregnancy planned?  Let us know in the comment section below! 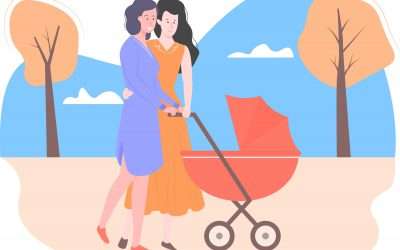 Maternal Mental Health Month: Has having a baby in the pandemic left you with trauma?

The worst of Covid may be over (we hope) but the mental health impact of what happened over the last two years may be...