Guessing what your unborn baby will look like is one of the best games to play as an expectant parent!

As an expectant parent there are so many things that you will be wondering during pregnancy.  Will the baby be healthy?  What gadgets will we need to get? What will we name the baby?  And, often everyone’s favourite question:  What will my baby look like?

While genetics is the world’s most ancient lottery and comes with its fair amount of surprises, but modern science allows parents to make some educated guesses about what their baby will look like such as height and eye colour.   Lots of babies can strongly resemble one parent more than another, some may look like neither.  While you may be left scratching your head, it is often the result of complex polygenic traits being passed down to your newborn.

With each birth there is a new ‘reshuffling’ of the genetic code of the mother and father.  You and your partner each have 46 chromosomes, of which 23 will get randomly sorted into your individual egg and sperm cells. When egg and sperm fuse together, they each bring their unique mix of 23 chromosomes, creating a single cell with 46 chromosomes.  During the first couple of weeks the cell divides over and over again forming a fetus.  No matter how many children you and your partner have, the same process occurs and the chromosomes get shuffled in a different way making new unique individuals.  All of this makes your babies look different.

What colour hair will my baby have?

When it comes to hair colour, all of this is determined by melanin which is controlled by the MC1R gene.  While most people have two copies, scientists have discovered an additional 20-plus genes that can influence your babies hair colour.  They’ve also found that in some cases the MC1R gene can become deactivated, which can result in strawberry blond, auburn, or red hair. When both copies are turned off, this produces very red hair in a baby.

It is common that darker shades of hair are associated with dominant alleles, and fairer or red shades with recessive.  This is why there are more people with brown hair than ginger hair.  However, this doesn’t always mean that a brunette parent will have a brunette child.  If both parents have brown hair, then there is a strong possibility that you will have a brunette baby, but there are still many genes at play.  If both parents carry a recessive gene for say ginger hair and these match up during the recombination process, then it is anyones guess as to what hair colour your child will have. 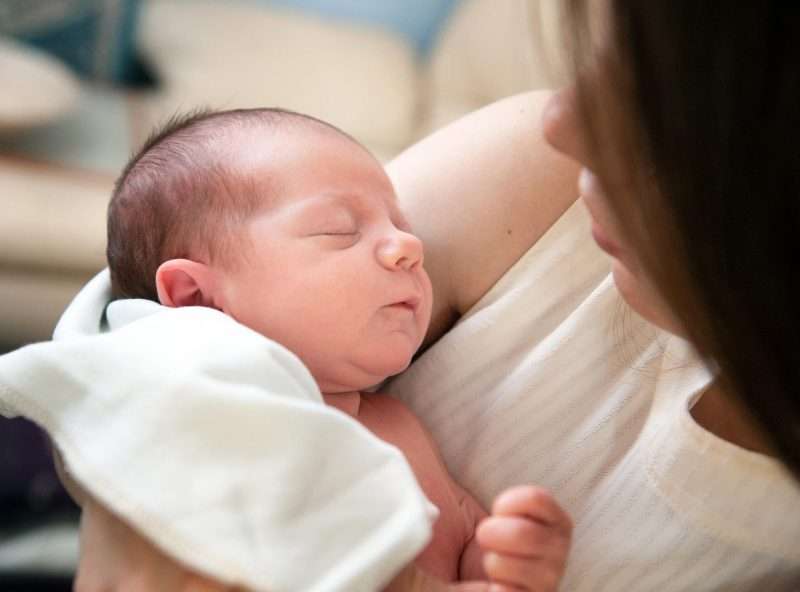 What colour eyes will my baby have?

Genetics used to believe that physical traits such as eye colour were down to single-gene traits.  So if one parent how brown eyes and the other had blue eyes, then their child would have brown eyes as that is the more dominant gene, whereas the blue gene is recessive.  As with most genetics it’s more complicated than that.  When it comes to eyes, there are at least eight genes that are involved in determining what eye colour you will have.  The OCA2 gene controls almost three-quarters of the blue-brown colour spectrum, and there’s growing evidence that other genes can override it in rare instances. However, as with most things in life, if both parents and both sets of grandparents have blue eyes, then there’s a good chance their children will have blue eyes too. 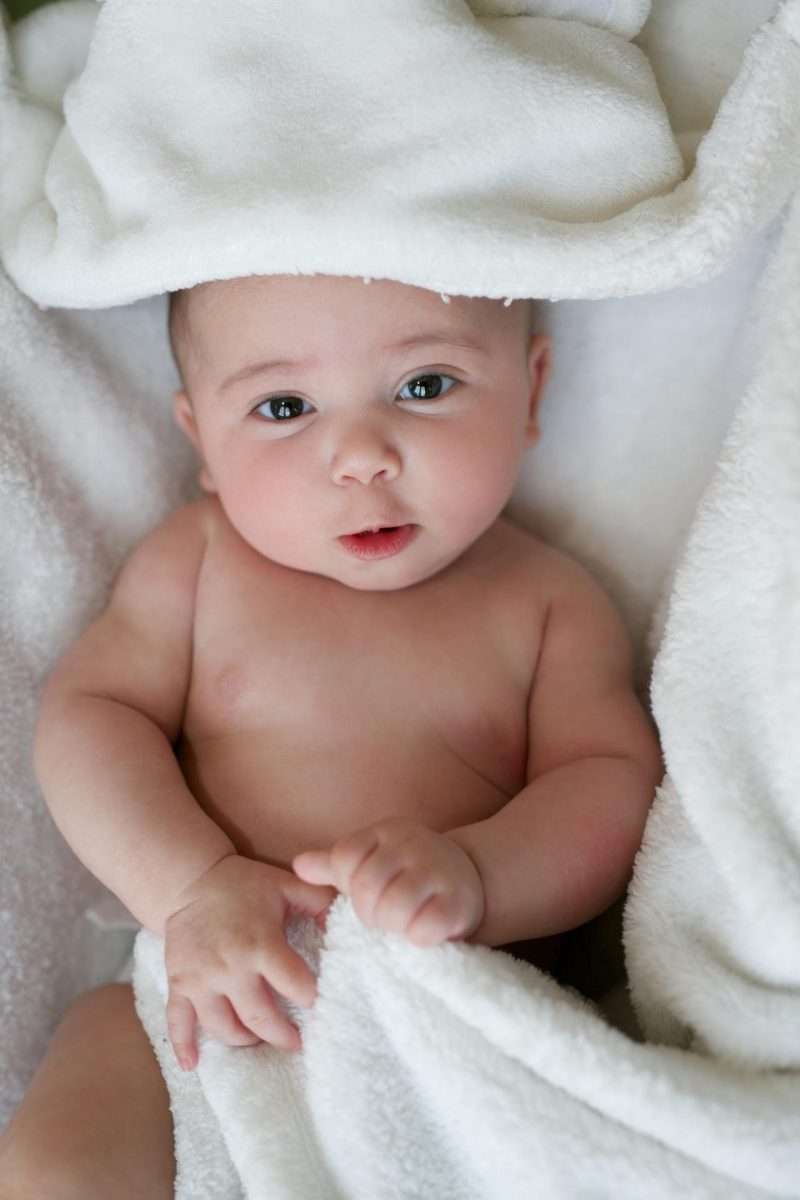 Things like freckles, dimples, hairlines and hair curls are somewhat predictable traits – but they still come with the same changeability as both hair an eye colour, along with new ones!   While freckles are thought to be controlled by the MC1R gene, the environment has an impact on both the number and size of freckles.  Curly hair likewise is a result of genes, but these also depend on what part of the world people live in.  So not only fo you have genes at play, but it’s also a matter of location, location, location!

What traits did your children get?  Let us know your funniest ones in the comment section below!