How To Avoid Conforming to the Gender Stereotypes With Your Kids 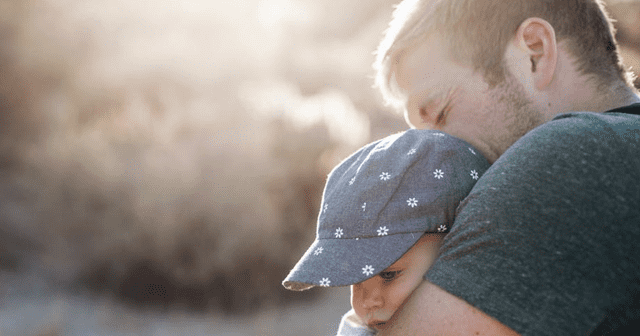 If there is one thing that is painfully common, it is the idea of boys behaving one way and girls behaving another.

It is so ingrained into our heads that it ends up affecting the way we parent, as it subconsciously drives us to purchase certain toys, dress our kids in certain types of clothes, and teach them to act in certain ways.

This gender stereotyping can actually have a huge negative effect on our kids, so it’s important we try not to act upon these preconceived notions of how our kids should be. I’ve done it myself with our daughter already, subconsciously buying things that are stereotypically “for girls”.

Looking back now, even before our daughter was born we were only buying “girly” things for her. From clothes to bedding, everything was pink and frilly. This carried on for the first year or so of her life as well. It wasn’t that we were thinking “this would be great for her”… It was more than we just went to the “girls” section of Primark or H&M and only picked out things from there. We never really looked in any other areas. We also never thought about what we were doing either.

It wasn’t until, one day, we were walking around our local H&M to buy some new clothes for her (because she’d grown out of the other ones so fast) that I noticed what we had been doing.

That day, when she was about 1.5 years old, she was in her pushchair and getting restless. So, I decided to walk around the shop with her to keep her entertained. Eventually, we walked into the boy’s section. She started looking around at everything, which she never does in the girl’s section (except for the My Little Pony stuff).

Then, she reached out and grabbed a t-shirt. She looked at it, smiled, then giggled a bit. Then she started trying to put it on. So, obviously, she really liked it. What was that t-shirt? Well, it was a ‘boy’s’ Metallica t-shirt (I taught her good taste in music, obviously).

So I put it in the basket, and we kept walking. Then she picked up another ‘boy’s’ t-shirt, so we got that. Finally, we got to a small toys section, and rather than look at the “girls” toys, she walked straight over to the “boys” toys. We ended up buying her some toy cars; a police car and fire engine, to be specific. These are both toys that are stereotypically given to boys. Yet, over a year later, she still loves them!

How It Had Affected Our Daughter

Whenever we’d tried to dress our daughter in the clothes we’d picked, she used to try and pull them off first, before accepting that she was wearing them. When we gave her the toys we picked out, she would look at them and then throw them away and play with us or herself.

We always just assumed, as first-time parents, that this was just the way kids are. I mean, that’s what we’d been told by so many people too.

But it really isn’t. We know that now!

You see, since we’ve started letting our daughter pick her toys and clothes, most of which are in the “boys” section, she is so much happier with her clothes and plays with all of her toys. It’s a complete turnaround and goes against everything we were told about how kids behave!

How To Avoid Conforming To These Stereotypes

This is the hard part because, as mentioned before, these ideas and stereotypes are so ingrained into our subconsciousness that actively avoiding them is nigh-on impossible. Instead, what we’ve started doing is just letting our daughter pick her toys or clothes.

We’ll walk around the shops with her, letting her lead the way. Then when she finds something she likes, whatever it is or which gender it was “designed for”, we’ll buy it. Why? Because she likes it.

That’s the frame of mind to get into. We had to stop thinking about what clothes or toys we would choose for her, and instead, let her choose them all. Since then, she’s been a much happier child and is far more well-behaved than she ever was before.

This just goes to show that, by subconsciously forcing these stereotypes on her, we were actually upsetting her. So, it is important for parents to just let their kids be who they want to be. Don’t try to control and dictate how your child should behave or what things they should like. They have their own personalities, and it is important to let those personalities shine.

When shopping for your child do you stick to the designated gender sections or do you ignore the boys and girls labels?