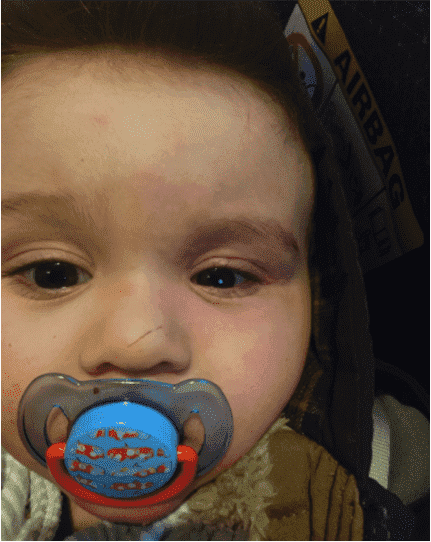 From the very beginning of the little guy’s life, he had trouble with feeds.

In his first week in this world, he lost the magic 12% body weight. This was, looking back now, most likely because he liked to sleep through the whole night. As such, it resulted in him being on prescription, high energy, milk to boost his weight. We also had to wake him every 3 hours to give him this bottle.

…this came in a carton and no mixing was required. An absolute lifesaver when you’re running on minimal sleep! We then got the green light to start moving him on to normal milk, and that’s when we hit a problem.

He started throwing up. Not small amounts, this was half a bottle’s worth of milk. We initially thought it could be due to the fact we were waking him, feeding him quickly and trying to get him back to sleep, but then having spoken with doctors, we were referred to a dietician.

They prescribed (initially) SMA lactose free milk on the basis that he was having trouble digesting the sugars and this was most likely the problem and it worked. Now, at the time, this was £15 per tin. Imagine our shock when they then said that they could no longer prescribe it. At that point, we checked the price again thankfully, it had dropped to a more reasonable £5 per tin. He’s been on this since around 3 months and still on it now with no problems.

Unfortunately, a few months ago, we then discovered an egg baby allergy the hard way.

Mum had made fritters for dinner and without even taking a bite, he was just holding it, feeling the texture, all of a sudden his face got red and blotchy.
buy azithromycin online https://www.mabvi.org/wp-content/languages/new/usa/azithromycin.html no prescription

We got worried, it got worse, the cycle continued until we took him to the walk-in centre.

3 hours we were there, by which point, as is typical with these things, the reaction had started to come down and we debated going home. It then, strangely, came back, just before we were called in. After the doctor took a look, they advised that it appeared to be a contact allergy.

Piriton was prescribed and given for the next 5 days, but we’ve been nowhere near egg since, to the point that, we actually stopped buying eggs despite this being an every weekend food.

A few months later, we finally had an appointment for his allergy to be confirmed with a skin prick test. The egg allergy was still there unfortunately, but, we also asked them to do a dairy test as well, to settle our curiosity. Do you know the saying,

We didn’t expect much to come up, so it was a bit of a shock when the skin prick test came up as almost the same size as the egg allergy. Yep, it seems he’s also allergic to dairy. However, and I still don’t fully understand this.
buy antabuse online https://www.mabvi.org/wp-content/languages/new/usa/antabuse.html no prescription

He’s had lactose free milk since 3 months. It’s still dairy, just with the sugar taken out.

The consultant even suggested that because of his age, we should just move him over to dairy free products, such as Alpro. After discussing this with the little guy’s dietician as well, they agreed that as he had been fine for a number of months with lactose free milk, we should continue with this, but at some point, do a fortnight of absolutely no dairy.

This will be following an appointment which is booked in for later this month, so I’ll let you know how we get on. Although, if I’m honest, I’m not sure what difference we’ll see as he seems perfectly fine to me, 99% of the time.