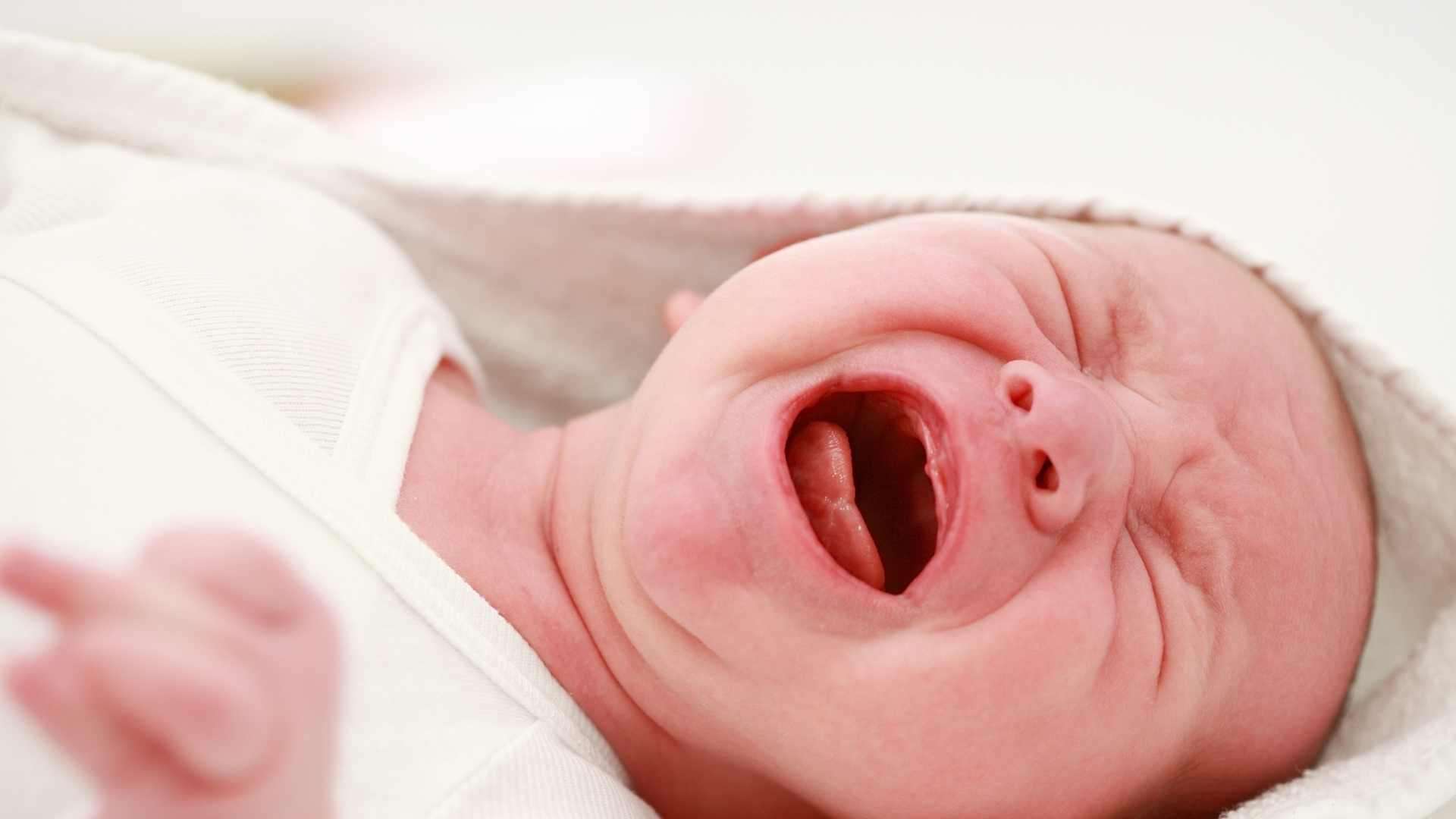 Comedian Matt Forde tweeted about a couple who brought a baby to his Edinburgh Fringe show this week. The stand-up reported that the child’s crying disrupted the show and pleaded with parents not to bring babies to adult shows. But should you take a baby to a comedy show?

Baby at a comedy show

Someone brought their baby to my show last night. Sadly it derailed large parts of it because they wouldn’t do the decent thing and just leave when it started crying. I get that it must be tough as a new parent but please, don’t bring babies to adult shows. It’s always a problem.

I realise this sounds a bit whiny but it’s just to make sure it doesn’t happen again. It’s like someone’s phone continually ringing and them not turning it off. I’ve had so many messages from people who were there last night who were very polite about the fact it p***ed them off.

Someone brought their baby to my show last night. Sadly it derailed large parts of it because they wouldn’t do the decent thing and just leave when it started crying. I get that it must be tough as a new parent but please, don’t bring babies to adult shows. It’s always a problem.

The comic and podcaster is currently appearing at the Pleasance Courtyard for the festival with his show “Clowns to the Left of Me, Jokers to the Right.”

The official Fringe website provides a guideline suitable age for attendees of 14. Although it does have a ‘babes in arms’ policy that states “babies do not require a ticket”. 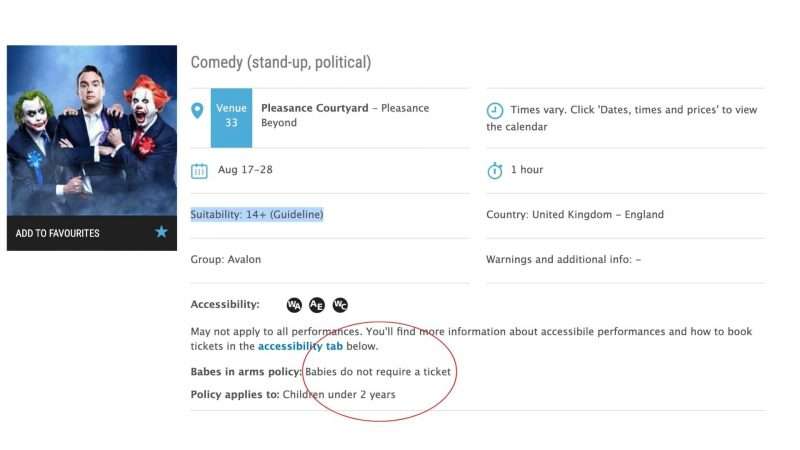 The reaction to the tweet was mixed to say the least.

Some backed the comedian’s plea. One fan wrote: “Ridiculous why anyone would bring a baby to a gig. I would be very p***ed off if in the audience also.I don’t work all day to listen to a baby whilst trying to enjoy a gig!”

Of course, others were horrified, with one replying: “As long as you realise this is incredibly sexist as young, breastfed babies can’t be left at home. I hope your t&cs made it clear that no babies were allowed at your show & if so surely it is a problem for your door staff or are u happy to take peoples money then shame them?”

However, in a rare display of level-headedness and balance, one tweeter replied: “Sorry that happened, it must be an incredibly frustrating/difficult situation as you don’t want to come across as being overbearing and aggressive to a new parent but at the same time the parent needs to be sensible and respectful.”

What do you think? Should parents be free to take babies to comedy shows or is it selfish? Add a Comment below