Baby foods found to be a key cause in child speech defects, teeth distortion and sugar mislabelling 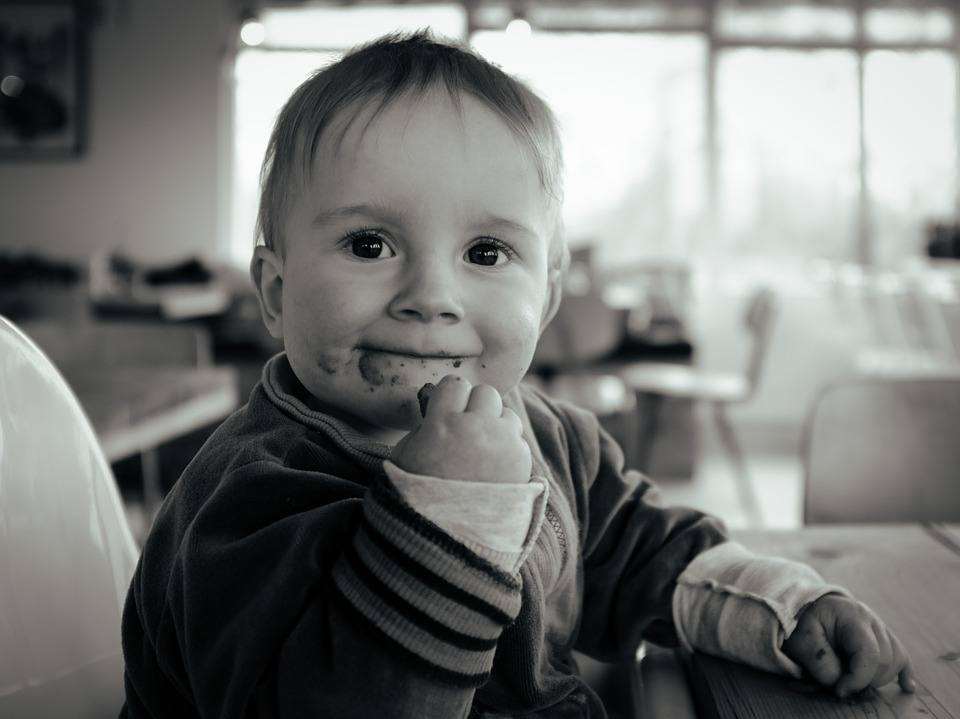 The research apparently discovered that 71% of parents in the UK were unaware that the use of ‘spouts,’ typically found in baby food pouches, can have a detrimental effect on their baby’s speech development and teeth formation.

“Spouts, which are featured on the packaging of some convenience foods, may cause problems with the correct development of teeth with poor positioning and crowding. Prolonged sucking on spouts could lead to the upper jaw failing to grow properly which may cause crowding of the teeth, which could result in a need for braces or orthodontic treatments later on.

He went on to say,

Just like with valved and hard spout drinking bottles, spouted baby foods should be discouraged and we suggest parents encourage their children to start free flow drinking from an early age and to focus on earlier food eating, rather than relying on smooth purees and spouted food products.”

The key word in that statement from Dr Carter is ‘prolonged.’ Yes, if your baby or toddler consistently only eats from a spout, it could cause dental issues later on. For us, we used the spouts when out and about only.

Unsurprisingly, 66% of parents admitted that they would have reconsidered their purchase had they been aware of the teeth defects that baby foods with spouts can cause. Personally, I think this is a little OTT. Yes, be aware of the risks but those risks are not associated with the occasional use of a spout!

Furthermore, 58% of parents were also unaware of the critical importance of the presence of soft chunks, of approximately 8mm for children from around seven months, to encourage chewing, as well as jaw muscle and speech development.

“Spouts restrict the passing of larger yet suitably sized, soft chunks of food for children around the age of seven months, which is important to encourage regular chewing patterns. Critically, chewing helps to increase the strength, coordination and control of the all-important jaw muscles as well as the tongue and the lips that children need early on to help promote future speech development.

And went on to say,

The development of these muscles through chewing can be really beneficial for clear speech production in the future. With regular chewing practice children can begin to develop the range of movement and coordination of their facial muscles and structures which in turn can support their production of sounds in speech.”

Of course! Yes, chewing is bound to help jaw muscle development, which is obviously linked to speech development, but again, the occasional use of spouts isn’t going to have a detrimental effect on that development. You’d need to eat an awful lot from a spout for this issue to occur.

The research also found that over 11% of UK parents – almost two million parents, have children under five-years-old who suffered from dental issues such as distorted teeth and tooth decay. And this is genuinely worrying. Because tooth decay can happen far more subtly, even though more occasional consumption.

“The use of food spouts can cause the food and liquid to pool behind the teeth rather than being directly swallowed, concentrating the sugar and acid in the area where it causes the most harm.”

If there’s one thing I’m conscious of, it’s Ted eating sugary foods and even more concerning if those sugary foods pool behind the teeth following him eating them.

The research found that a significant reason for parents’ lack of understanding in this area is due to the misleading names of baby foods.

It goes without saying, but always read the label to check serving sizes and be sure to pay special attention to the sugar or fruit content, which isn’t always clearly labelled. Try to pick foods that are a good source of protein and iron, and try to avoid those that have more trans-fat, saturated fat, cholesterol, sodium and sugars.”

An overhaul of the baby food market was demanded after parents stated that nutrition, along with minimal salt and sugar levels were the two most important factors when choosing baby food.

“I think what’s key here is transparency. Parents are demanding more honest food naming, labelling and information, particularly regarding the impact of spouts, hidden fruit sugars and nutritional values; problems that this new research has brought to light. As a result, food manufacturers, particularly those producing children’s products, must communicate more clearly about what is in their products and be much more responsible with their marketing.”

It seems to me that unless your feeding your child through a spout at every meal, or even twice a day, then yes, you may start to see some of the issues stated above by the experts & professionals. But surely we don’t?

It’s always important to read the packaging so you know what you’re feeding your baby, but it’s also the responsibility of the brand to make it clear and obvious so there is no room for misunderstanding or misleading.

I think that the issues raised by the research above are important to be aware of but let’s not get too hung up on it. Unless of course, you’re a parent who constantly feeds your child through a spout…

None the less, be aware, especially of the sugar pooling behind your child’s teeth (maybe a drink of water following a ‘spout’ session would solve this…) and enjoy feeding your child healthy, nutritious foods.