Baby Slaps Mum at the Shock of a Snow Flake! 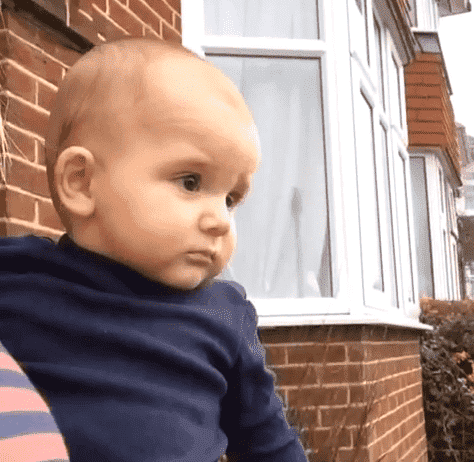 It’s arguably one of the best things about being a parent; watching every ‘first’ that your baby experiences. Milestones are celebrated across the world and rightly so!

However, there are some major ‘firsts’ that get the limelight and the most attention:

First time they slept through the night

What makes these any better than any other ‘first’ remains a mystery to me and I feel that there are so many ‘firsts’ that get overlooked. To be honest, almost everything in the first few months is a ‘first,’ and these should also be celebrated and recognised.

First time outside when you leave the hospital

First time in the bath

First time in their cot

Some of my favourite ‘firsts’ that I’ve witnessed in the last 6 months of Ted’s life though are as follows:

His first smile at me was a very special moment. Knowing that he recognises me by giving me a smile is truly amazing.

I remember his first giggle; music to my ears!

And his first time in the car seat has stuck in my mind too. I drove like a very old women… 50% below the speed limit at all times and I checked my blindspots!

But one of my all time favourite ‘firsts,’ was the first time he saw (and felt on his face) snow. And what makes it even better is that we caught it on camera… it’s hilariously funny!

So there you have it… Baby slaps mum! I guess he doesn’t like snow very much?! Who would have thought that a snow could cause such a reaction! It’s one that Richard Hammond would be proud to cover on his Wild Weather series!

What’s your most memorable ‘first?’ What ‘first’ are you most looking forward to?