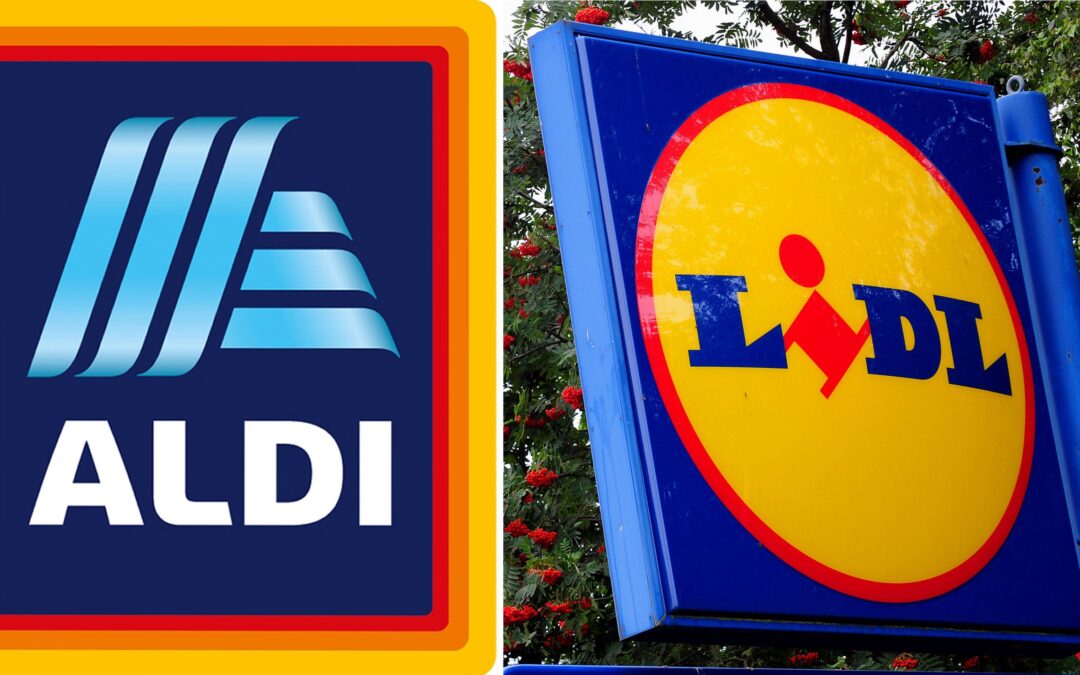 Aldi has narrowly beaten its rival Lidl to be named the cheapest supermarket of the year, as grocery prices rose by up to 9% over the past 12 months, according to an annual survey.

Aldi was the cheapest supermarket for six of the last 12 months while Lidl was the cheapest for five, including December 2021, according to the annual survey from the consumer advice firm Which?.

For one month – January last year – Aldi and Lidl were tied, with a basket of 19 items coming in at £18.45 at both discounters. 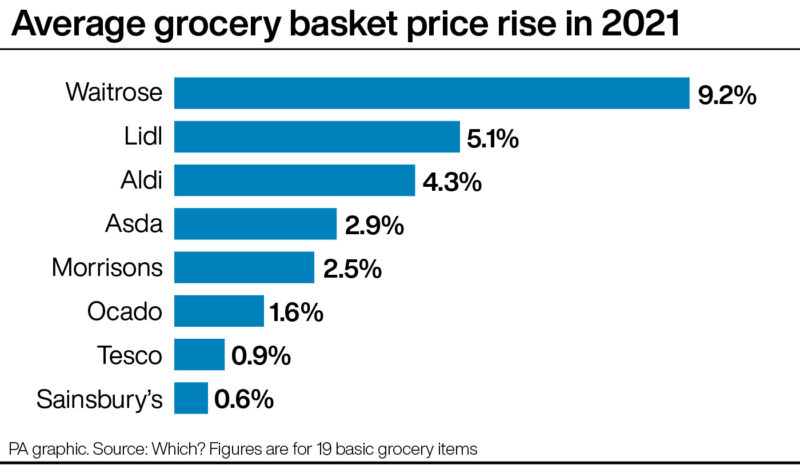 Which? also tracked hundreds of thousands of grocery prices across the UK’s eight big supermarkets, finding that they were charging up to 9% more in December than they did last January.

Prices rose by an average 3.4% for a trolley of 19 items over the last year. Waitrose prices increased the most – by 9.2% – and Sainsbury’s the least, at 0.59%, according to the analysis by Which?.

Some own-brand grocery items rose more in price than others across all eight supermarkets, including Royal Gala apples (up 14%), free-range eggs (up 12%), brown onions (up 11%), skimmed milk (up 10%) and semi-skimmed milk (up 9%). 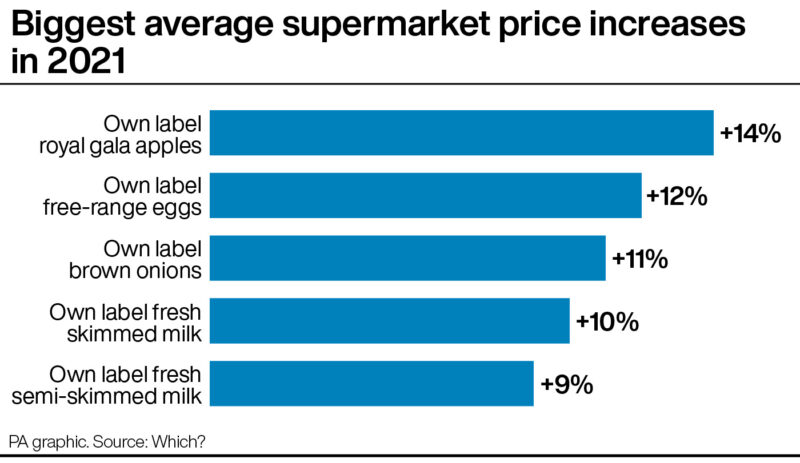 Waitrose was also consistently the most expensive supermarket across the 12 months, with a basket of everyday items costing from £6 to over £10 more per month than the cheapest alternative, Which? found.

The shopping list combined branded items such as Kenco coffee, Oxo stock cubes and PG Tips tea bags with own-label products including onions and milk, selected to ensure they were as comparable as possible across the retailers on factors such as weight and quality.

Which? also compared a larger trolley containing a greater selection of items not always available at Aldi and Lidl, such as Cathedral City cheddar cheese and Kenco coffee, finding that Asda was the cheapest of the traditional supermarkets at £135.07 – £18.30 cheaper than the most expensive, Waitrose.

Waitrose was also the most expensive for the larger trolley every month except one in 2021.

Which? retail editor Ele Clark said: “No one wants to overpay for basic groceries, especially when a cost-of-living crunch is putting extra pressure on household budgets.

“Our findings show that while prices are going up, some supermarkets are passing their rising costs on to shoppers more than others. As well as choosing a supermarket that is cheap overall, other ways to save include swapping from branded to own-brand products, sticking to a shopping list and resisting the temptation to pick up special offers you don’t need.”

Which is your favourite supermarket?  Tell us in the comment section below!