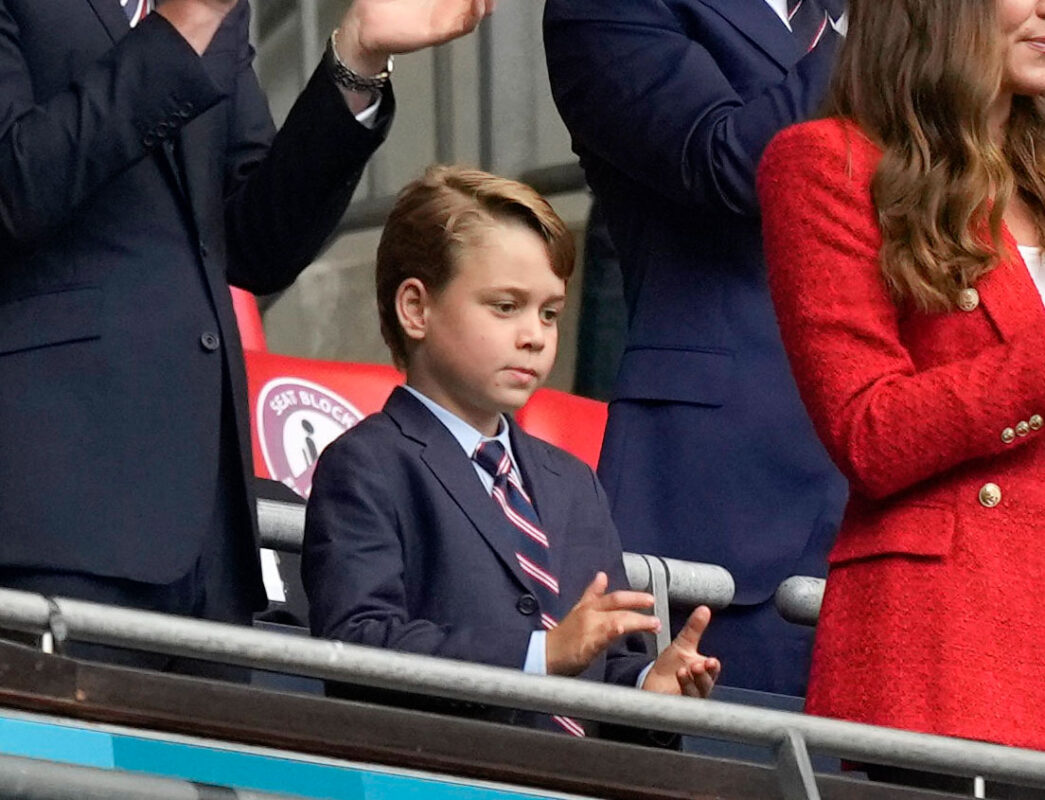 Minutes after the end of the match, the couple tweeted a picture of themselves celebrating on their KensingtonRoyal Twitter account with the words “Incredible performance @England”.

Little George can be seen grinning from ear-to-ear as he watched the match in a smart suit rather than his England strip.

The seven-year-old royal was dressed in a smart navy blue jacket, shirt and striped official England FA tie, similar to his father William, who is president of the FA.

George’s trip to the football was an after school treat minus his younger siblings.

He stood between the duke and duchess in the first row of the royal box as they sang the national anthem ahead of kick off.

George, however, remained mute and appeared a little distracted – gazing at the sky instead of singing along – prompting a lot of mirth on social media.

One Twitter user joked: “Absolutely love how Prince George, who is literally related to the woman the song is about, couldn’t care less to sing the national anthem lmao.”

It is also thought to be Kate’s first time watching an England men’s football international in person.

The duchess could be seen leaning in to speak to her son as they concentrated on the action.

William had travelled back from Scotland for the late afternoon showdown, after visiting a shipyard to meet the team building HMS Glasgow earlier on Tuesday.

The family support Aston Villa and George was pictured enthusiastically celebrating a 5-1 Villa win with William, Kate and sister Princess Charlotte in October 2019.

Do you think Football’s coming home this Euro Championship? Drop us a comment down below! 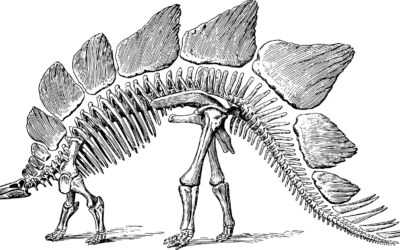 If your kid is a dinosaur lover then you will love this!  A new dinosaur species has been found in Morocco, dating... 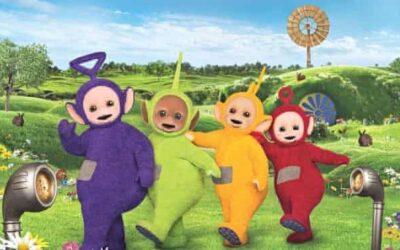 The Teletubbies have reunited ahead of their 25th anniversary to release a new album – going head to head with...