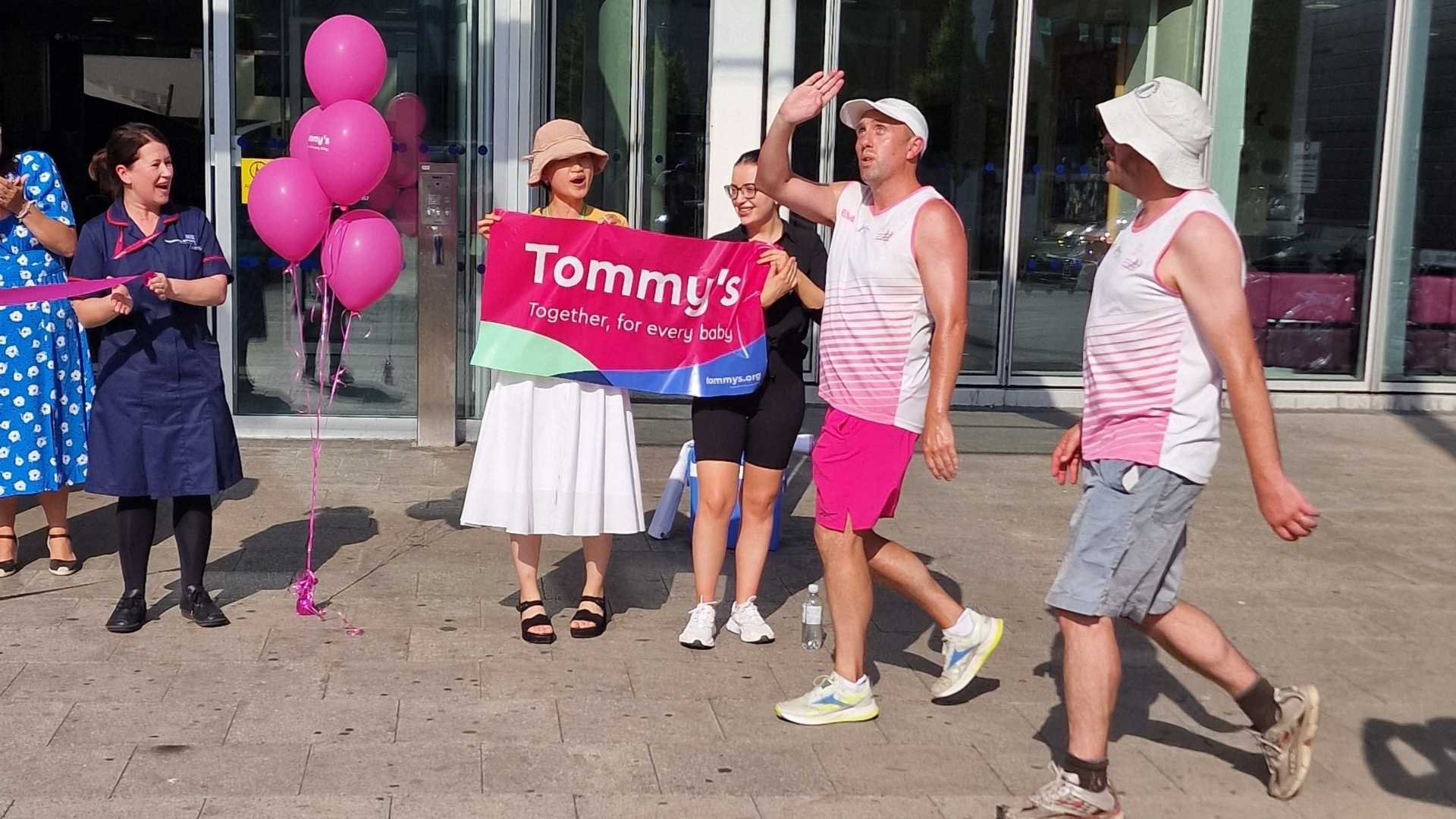 A bereaved dad raising money to save babies’ lives has successfully completed a 180-mile nonstop walk from St Thomas’s Hospital in London to the Tommy’s Rainbow Clinic and Research Centre in Manchester in just 55 hours during the hottest ever UK heatwave.

Ben Moorhouse, of Halifax in West Yorkshire, started his journey at 10am on Saturday 16th July in London and completed the walk at 5pm on Monday 18th July in Manchester. He took on the enormous challenge to raise money for Tommy’s Stillbirth Research Centre, which he and his partner Gaynor Thompson credit with the healthy delivery of two-year-old rainbow baby Apollon less than two years after his older sister was still born nearly two years before.

The challenge for a bereaved dad

Ben did not sleep for over 50 hours during the challenge, relying on his support team of Gaynor and drivers Adam Todd and Matthew Townsend to keep him fed, hydrated and focused as well as to tend to his blisters. Although he had prepared thoroughly for the walk, Ben had not anticipated a record-breaking heatwave in his planning. As temperatures passed the 40 degree mark for the first time in the UK he even felt the soles of his trainers sticking to the molten tarmac.

Professor Alexander Heazell who is the Director of the Tommy’s Stillbirth Research Centre in Manchester joined Ben to walk the final 21 miles to Manchester. 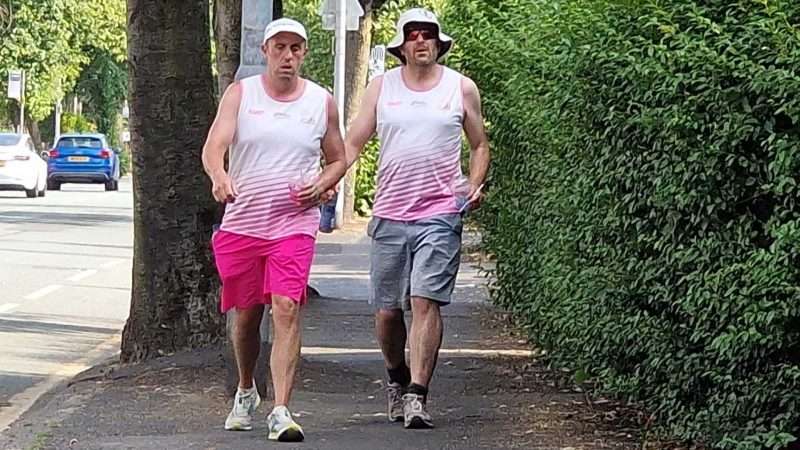 In October 2018 Ben and Gaynor’s daughter Kallipateira was stillborn at 38 weeks of pregnancy before the couple experienced a miscarriage in May 2019 at 9 weeks. Kallipateira’s death was fully preventable and the couple vowed to do everything they could to prevent other parents having to go through the same torture.

Ben and Gaynor launched their own charity to help save babies lives through research and support other parents who have experienced the death of a baby.

Following the stillbirth of their daughter and miscarriage they knew if they wanted to have the best chance of another child with a better outcome, they must be cared for by Professor Alexander Heazell at Tommy’s in Manchester.

On May 23rd 2020, Ben and partner Gaynor Thompson gave birth to  Apollon in Manchester thanks to the love and specialist care from Professor Heazell and his team. The full pregnancy was a kept a secret from family and friends.

Professor Heazell and his team are now the main beneficiary of The Kallipateira Moorhouse Foundation. 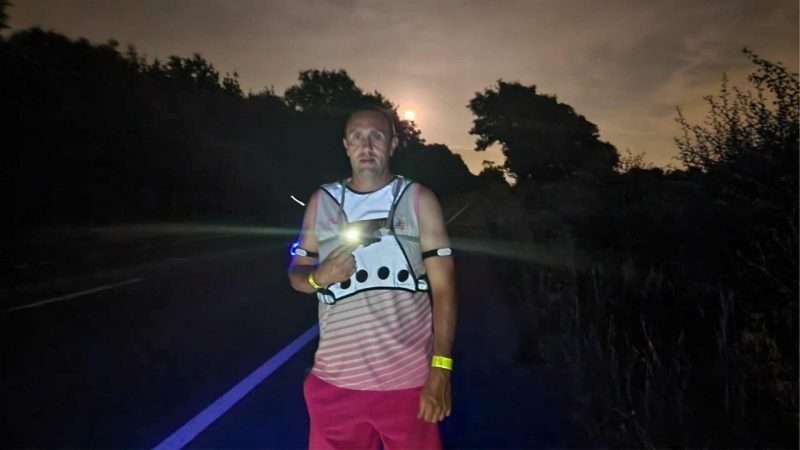 Ben said after the challenge: “People have done this walk before over a week or more with hotel stops along the way. I knew this was going to be a huge test to do this in one go but when the record-breaking heatwave was announced I knew this was now going beyond extreme.

I have walked in hot and humid weather previously before in Rhodes on my full island extreme challenge walk last summer. I laughed at the predicted reports, but during the extreme challenge the heat was incredible. Many of the roads were melting from underneath my feet – the tread from my trainers melted with the surface temperature.

While the country was told to stay safe from the weather, nothing would stop me in doing my daughter proud and raising the vital funds for research to help save babies’ lives. With no sleep for over 50 hours and with the heat this was the biggest mental challenge I have faced yet.”

“The team at the Tommy’s Stillbirth Research Centre are so grateful to Ben and Gaynor for their donations to support our work to reduce the number of babies dying and to improve care for parents. We are in awe of what Ben puts himself through to raise money, in memory of Kallipateira, so that other babies are born healthy and well”.

Ben set himself a £10,000 target, but his current total raised stands at £4223. If you want to help him reach his target, you can visit his JustGiving page.

What’s the biggest challenge you have ever taken on? Let us know in the Comments below