‘Biological males’ should not compete in women’s sports – Boris Johnson 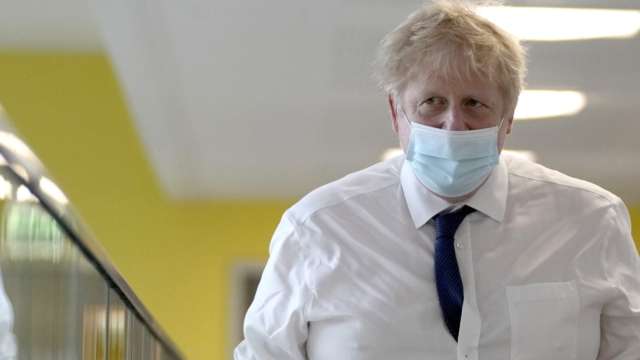 “Biological males” should not compete in women’s sports, while women should have access to single-sex spaces in places such as hospitals and prisons, the Prime Minister has said.

Boris Johnson said it seems to him to be “sensible” that biological males should not be able to participate in women’s sporting events.

Boris Johnson has said he does not “think that biological males should be competing in female sporting events”, amid the fallout from his decision not to ban conversion practices for people questioning their gender.

Speaking to journalists during a visit to a hospital in Hertfordshire, the prime minister said the issue “wasn’t something I thought that I would have to consider in great detail”.  Johnson also said that women should have spaces in hospitals, prisons and changing rooms which were “dedicated to women”.

He added: “That doesn’t mean that I’m not immensely sympathetic to people who want to change gender, to transition, and it’s vital that we give people the maximum possible love and support in making those decisions.

“But these are complex issues. And I don’t think they can be solved with one swift, easy piece of legislation … It takes a lot of thought to get this right.”

He also insisted it was right to exclude people who were questioning their gender from a long-promised ban on so-called conversion “therapy”.

In response to these comments, Iain Anderson, the governments LGBT+ advisor stepped down owing to accusations of ministers trying to drive a wedge between, lesbian, gay and bisexual people, and those who identify as transgender.

He stated that: “Britain needs a strategy for trans people and I can’t see one at the moment. We have a tabloid debate going on about people’s lives. It’s not a respectful debate; it’s turned into a woke war.”

Tory MP Dehenna Davison who recently came out as bisexual also expressed concern over the cancelation of the Safe To Be Me conference.  This event which was due to be held in June was established to put pressure on countries to enact stronger rights for LGBT+ people.

“We had such a huge opportunity to prove the UK (and the Conservative party) is a defender of freedom,” she posted on Twitter.

“As a Conservative member of the LGBT+ community, it is so wrong it has come to this.”

What are your thoughts on the matter?  Let us know in the comment section below.