Breakfast cereals not being demonised under obesity reforms, says minister 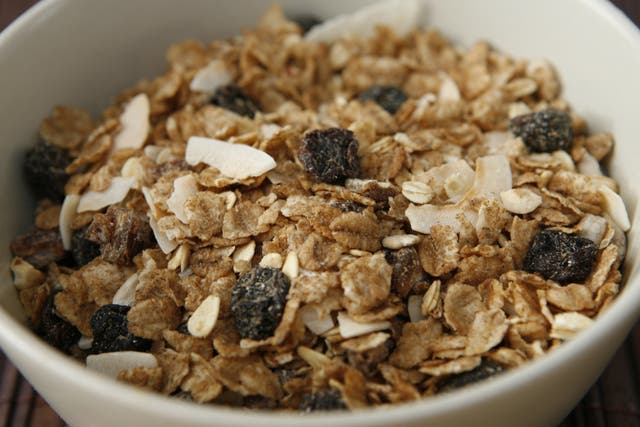 Some Conservative MPs raised concerns about further state intervention on foods high in fat, sugar and salt (HFSS), with proposals including restrictions on advertising and menu labelling.

But frontbencher Jo Churchill defended the plans and insisted they were part of efforts to inform people when making decisions on what to eat.

Speaking in the Commons, Conservative Greg Smith (Buckingham) listed butter, granola, porridge oats, muesli and protein bars as products that are not aimed at children but are being treated as “junk food” under the plans.

“No distinction for naturally-occurring sugars and fats from dried fruit and nuts, so often present in those products.

“If the state is really saying that breakfast cereals are bad, where does that naturally push people?

“Bacon sandwich? full English? Pain au chocolat? All things I am particularly partial to, but I don’t think the public health establishment will be very keen to endorse.

“Perhaps toast, but then we see that butter is on the HFSS naughty list.”

“There are plenty of things I like which individually would be very unhealthy but I just don’t eat them very often.

“I think that’s where we need to get to – people need to understand what is a healthy weight and understand the health consequences and want to get there themselves.”

The Government has previously announced its intention to ban the advertising of goods high in salt, sugar and fat on TV and online before 9pm.

“This legislation will essentially nationalise the content of food advertising, chosen by DHSC (Department of Health and Social Care) in Whitehall, and it’s redolent of EU regulations over whether Jaffa Cakes are biscuits or cakes, or Harold Wilson’s selective employment tax rather than trusting citizens to make decisions for themselves and concentrating on education so that those choices are informed.”

“I am not demonising breakfast cereals. As I say, Kellogg’s is going in the direction their customers are demanding… I think customers are ahead of us in this House on this.

“They are reformulating, which is what we want them to do.”

“What I want to help families and children to do is no matter what they are able to access and purchase, they are by default able to access a healthier choice so they are not forced into making the choice of ‘that at least is something to give my children’.

“We are not banning butter, so rest assured (Mr Smith) will still be able to have his butter on a bit of toast if that’s what he likes.”

On calorie-labelling on menus, Ms Churchill said: “When we eat out… we consume double the calories.

“Surely it’s better that we help inform. If we were to prepare them, we would have half of the calories.”

What are your thoughts on the governments new obesity reforms? Leave a comment down below!