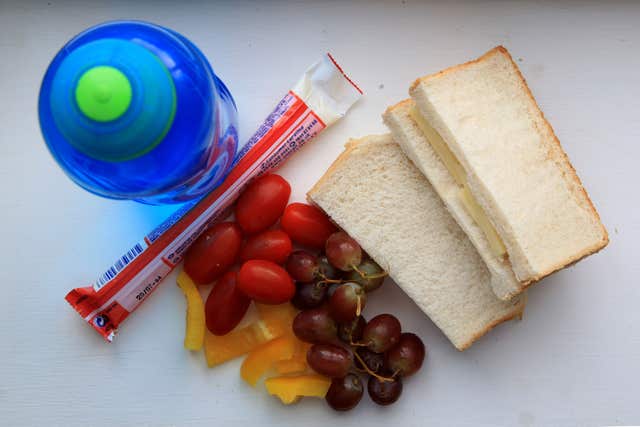 Schools should be doing more to ensure they are “sugar free”, leading dental surgeons have said. The Faculty of Dental Surgeons (FDS) at the Royal College of Surgeons of England also said it would support the publication of nutritional guidelines for packed lunches and supervised tooth brushing sessions in schools.

And leading dentists at the British Dental Association said that sugary food and drinks have “no place in our schools”.

The call comes amid concerns over tooth decay and rising levels of childhood obesity.

The FDS said that prior to the Covid-19 pandemic, dental decay was the top reason for children aged between five and nine to be admitted to hospital in England.

Figures suggest that a significant proportion of children have not seen a dentist since the start of the coronavirus pandemic – despite the NHS recommendation that children should visit a dentist at least once a year for a check up.

NHS dental attendance figures published in February show that 70% of children in England did not see an NHS dentist in the 12 months to 31 December 2020, the FDS said.

In many playgrounds, sweets are given out by pupils to mark birthdays, and in some instances, pupils are even given confectionary from teachers as end of term treats.

Some children may also be given sugary school lunch desserts or packed lunches may also contain high levels of sugar.

Mr Matthew Garrett, dean of the Faculty of Dental Surgery at the Royal College of Surgeons of England, told the PA news agency: “Tooth decay is almost completely preventable by reducing the frequency of sugary snacks and drinks, brushing regularly with a fluoride toothpaste and routine visits to the dentist.

“In a year that has seen visits to the dentist disrupted by the pandemic, it’s even more important that we take steps to protect children’s teeth at home, and at school. There is a clear link between how often we consume sugar and the amount of tooth decay we suffer.

“As well as being distressing in itself, tooth decay can have wider consequences for children, such as making it difficult for them to sleep, eat, socialise and putting them at risk of acute sepsis.

“Dental pain caused by decay can be detrimental to performance in school, affecting children’s concentration in lessons and potentially requiring them to take time off for dental appointments.
buy lasix online https://nouvita.co.uk/wp-content/languages/new/uk/lasix.html no prescription
At worst, children with untreated tooth decay may need to have multiple teeth out under general anaesthesia.

“We would like to see the Government encourage all schools in England to become sugar free.

“We would also support the publication of nutritional guidelines for packed lunches and the introduction of supervised tooth brushing sessions in schools.”

“The Government needs to show the courage of its convictions on prevention.

“No one would lose out from a sugar-free schools policy save irresponsible elements of the food industry.
buy flexeril online https://nouvita.co.uk/wp-content/languages/new/uk/flexeril.html no prescription
”

The latest figures from the National Childhood Measurement Programme show that over one in five (23%) children in reception are overweight or obese.

This rises to 35% among children who are starting secondary school.

Meanwhile, a report from Public Health England published in March which details the oral health of five year olds in England in 2019, show that almost a quarter (23.4%) showed signs of dental decay.

And analysis of official data from the Local Government Association, published in August last year, suggests that 45,000 hospital operations took place to remove rotten teeth in children and teenagers in England in 2018/19 – equating to 177 a day.

A Government spokesperson said a healthy meal “can have a real impact on a child’s development”, and added that schools in England must follow school food standards which aim to give children a balanced diet, ban sugary drinks, crisps, chocolate and sweets and limit fried food to two portions a week.

These standards apply to local authority-run schools and academies founded before 2010 or after June 2014, according to Government guidance.

“We are investing £38 million in breakfast clubs in thousands of schools through the soft drinks industry levy.

“We have doubled our PE and sports premium for primary schools and our expanded holiday activities and food programme will mean thousands more young people receive healthy food during school holidays this year.”