How to Cook Pancakes with an 18 Month Baby 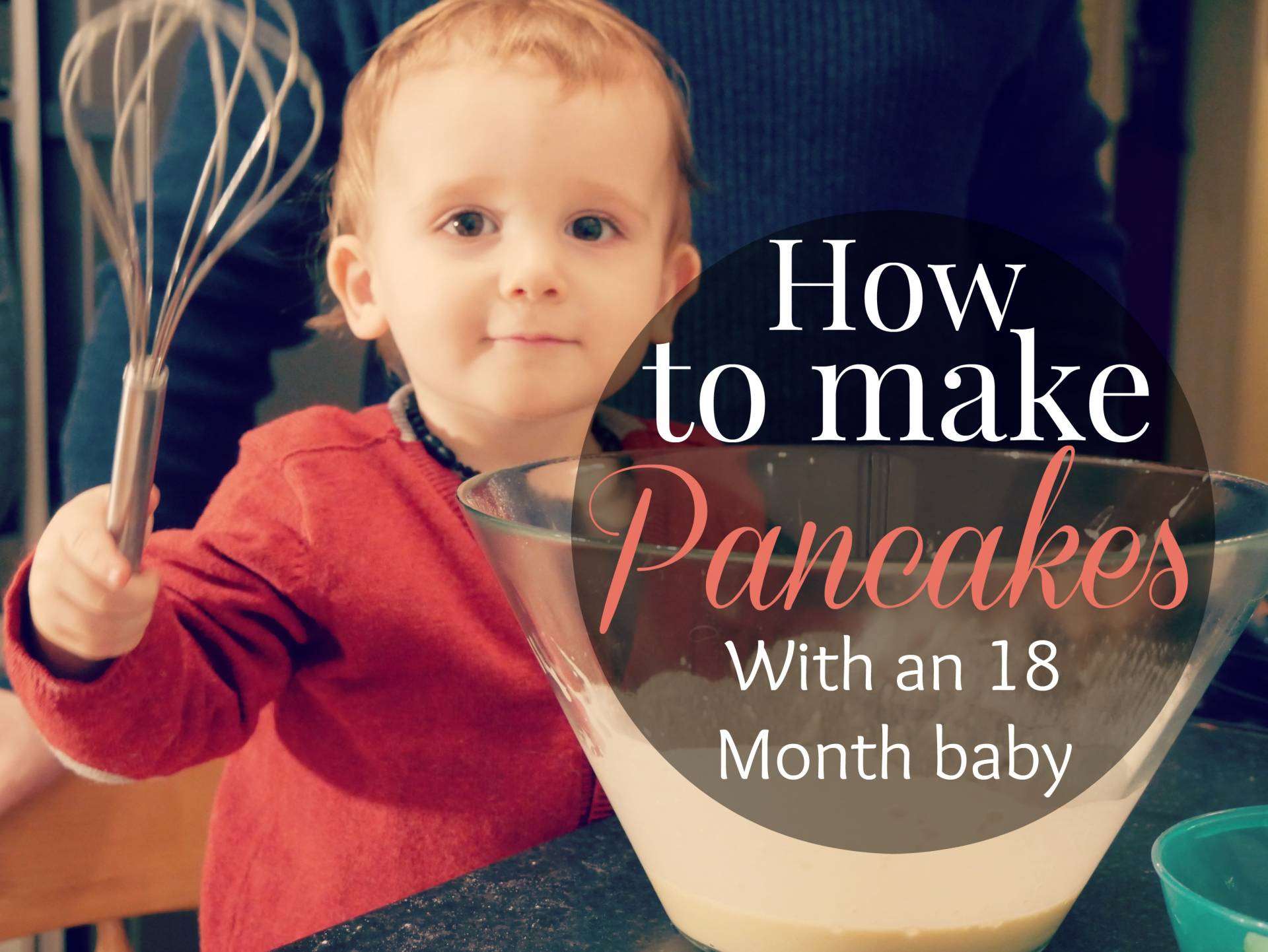 You might read that title and think I’m crazy but read on and you’ll realise that actually, cooking with a baby doesn’t have to be a complete disaster and in fact, it can be a fabulous activity. 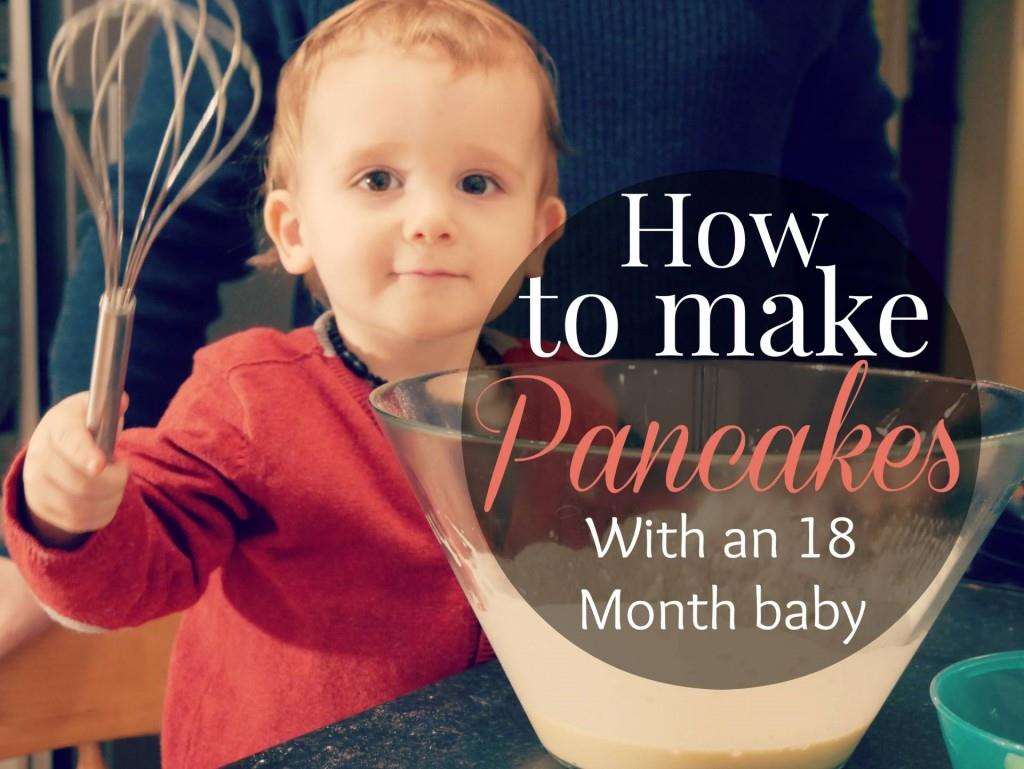 As Pancake Day is right upon us, this was an obvious choice for us to cook together but beyond the traditional concept of stuffing your face before fasting for Lent, pancakes are flipping easy to make. And when you’re involving an active, energetic, fidgety 18 month old baby in anything, you want that ‘anything’ to be relatively straight forward.

Pancakes are also a great idea because there are so many variations you can make. Easy, with options. A dads culinary dream! We’ve been using the Flora website for our pancake recipes. Hang on, the Flora website? Yep, that’s right. The Flora website is filled with loads and loads of recipes for all kinds of delicious meals & treats, with none less than 4 different pancake ideas. There is one thing that I found absolutely brilliant about the website though:

They tell you if it’s a good recipe to involve the kids in. This for me, as a dad, is such a nice touch.

The first thing I did, whilst Ted was having a nap, was to get everything ready, to hand. That way, when I added Ted into the mix (not literally the pancake mix) I was fully prepared to work through the recipe without having to dive off and grab something else. 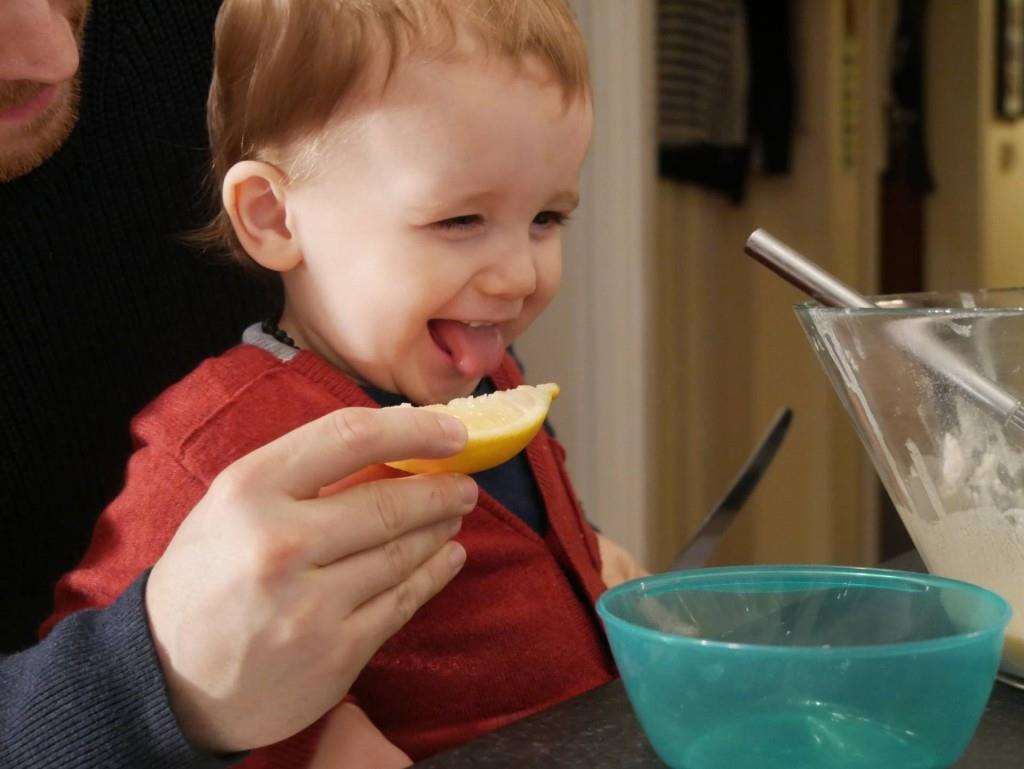 Once Ted was up, we set to work. The recipe suggests sieving the flour and gradually adding the milk, and as much as I really did try to follow this, Ted had other plans and it was a little more along the lines of, shove it all in a bowl and mix. I also wouldn’t recommend letting them crack the eggs; a little bit of shell won’t hurt, but all the shell would!

The mixing was Ted’s favourite bit. OCD hat to one side, I let him have a really good go with the mixing and it was lovely to see him go for it. Sure, his hands dipped in a few times, some batter ended up on his clothes, the counter, the floor, in my ear and just about anywhere else imaginable, but it was great fun. Cooking with him is like sensory play plus. The plus is that you get to eat afterwards. 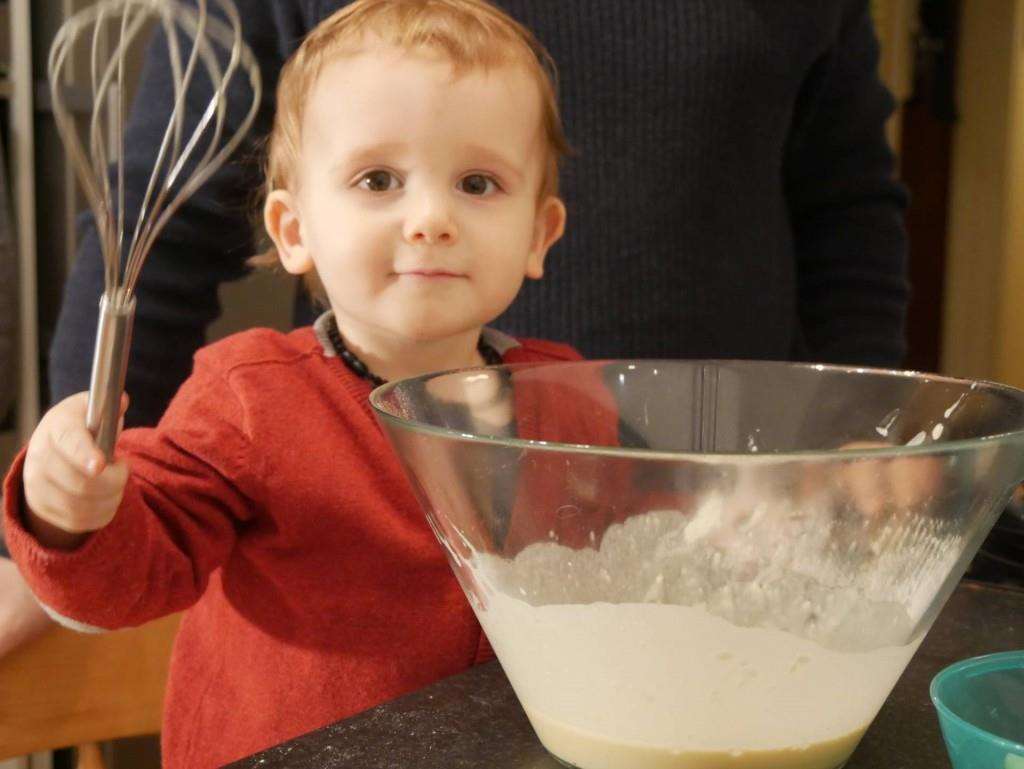 Batter ‘thoroughly’ mixed, I heated up the frying pan but not before Ted enjoyed smearing Flora all over the pan. And himself. The cooking is obviously the potentially dangerous part, so I made sure Ted was watching from afar but the great thing about pancakes is that they don’t take long to cook. In a matter of minutes, we were tucking in!

In my mind, you can’t beat lemon and sugar on pancakes and I’m indoctrinating Ted to think the same (without the sugar for him). We gobbled down a few pancakes, and left the rest for mummy. We also left the washing up for mummy too… ;) 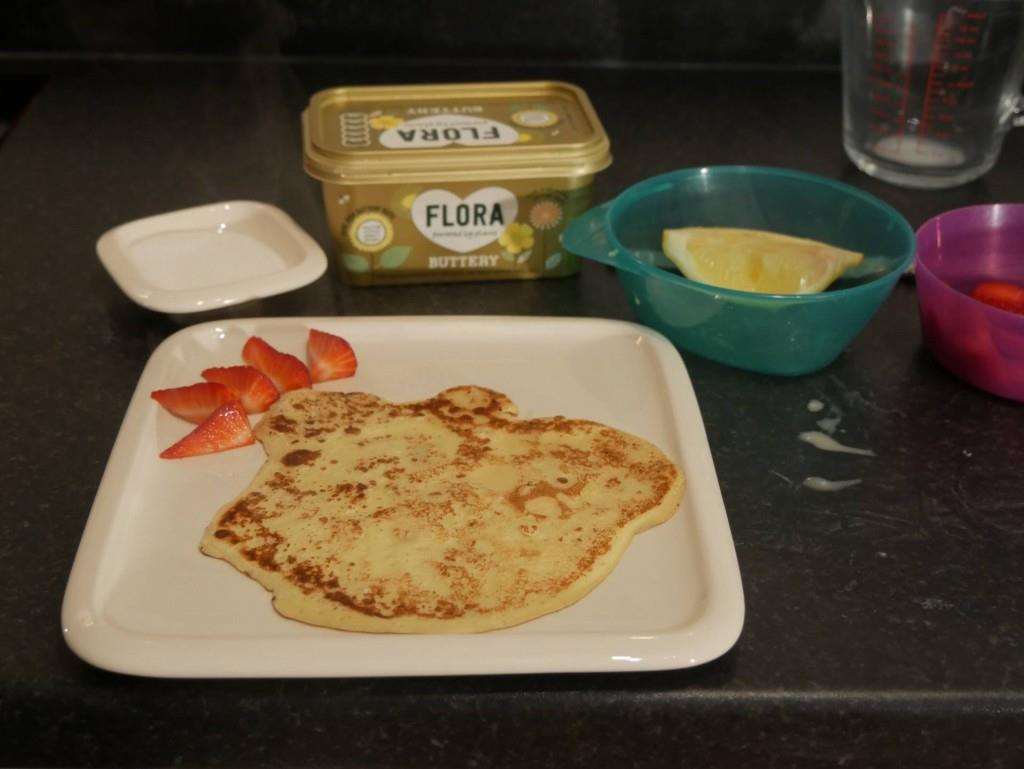 I really enjoyed cooking with Ted and we had so much fun together that cooking together will definitely become a regular activity. Preparation is key. Relaxing in to it is vital. If you’re stressing about the mess then it won’t be fun. Have a few wipes at the ready and just go for it. Mess can be cleaned up in a few minutes. Making memories is far more important.