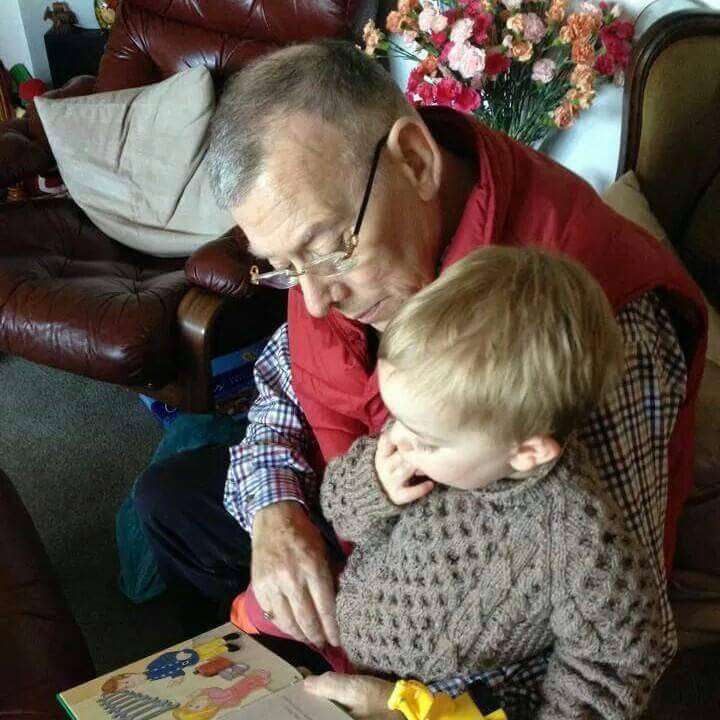 You can look anywhere you choose these days to get your support as a Dad. Mates, work colleagues, social media, even through fantastic entities such as The Dad Network too; there is plenty of advice on pretty much any topic you can think of.

But nothing tends to be a harder topic to discuss as a Dad than depression.

It was during the Autumn of 2013 that my first encounter with the black dog began. In the early stages of my wife being pregnant with our second child. We had to manage a scare that came about through an enlarged nuchal measurement when the bombshell that my own Dad had lung cancer fell. I will readily admit that we didn’t have a very close relationship, not least due to his old fashioned “it’s a woman’s job” approach to most things parenting wise; it was still a blow to manage though, especially alongside an already stressful pregnancy.

Still, we had the all clear from testing and he was going to have chemotherapy, so all would be fine, wouldn’t it? That Christmas the whole family came together “one last time” as the cancer hadn’t been caught particularly early.
buy cytotec online https://www.mabvi.org/wp-content/languages/new/usa/cytotec.html no prescription

As the due date approached I knew full well that he was deteriorating at a similar rate and I had to tell him I wouldn’t leave my wife if his time came when she was due. He accepted that and told me he was proud of my choice, but I knew then I would never see him again.

My daughter Chloe was born on the evening of 4th May 2017, and I spoke to my Dad for the last time from the delivery room to tell him the news. He had just checked into a hospice for “respite” and I emailed some photos through so he could see her. Less than 24 hours later he was gone. My wife slipped into postnatal depression, but that wasn’t fully noticed as we were dealing with the death, my grief and managing our now 5 year old’s questions. She then quite rightly had lots of support from the midwife team, friends, family and so on, especially since she’d had a few low points after the birth of our son.

But what about me? I had the usual platitudes from friends and colleagues that “he’d have wanted you to be strong” and “the show must go on”, so the expectation was very much there that I was a man and should deal with it.
buy amoxil online https://www.mabvi.org/wp-content/languages/new/usa/amoxil.html no prescription

I had a few bereavement counseling sessions through Cruse but they didn’t come to much, as again there was the “men can cope” feeling when I was there.

3 years have passed. Time hasn’t fully healed the scars. I’ve put weight on, withdrawn myself from what little socialising I used to do and generally had some dark times where life has felt hopeless. I’ve even found myself looking at my children and struggling to engage with them which is a horrible place to find myself in. At the same time my wife has been struggling with her own depression, but thankfully she is in a scheme of treatment that is starting to bring her back; things are starting to improve which is helping diminish my own low periods.

My name is James. I write this quite honestly saying I suffered from Post Natal Depression. But no-one paid me a second glance, as “it’s not a man thing”. Circumstances conspired against me and there was a chain reaction of events stacking up which brought it on. I’m still struggling on occasion now, but through support groups and friends I’ve made in The Dad Network I’m coping more and more.

Dads, look out for each other. Partners, don’t assume your pillar, your rock, your strength is any more impervious to events than you are. Men absolutely can suffer from Post Natal Depression, indeed any form of depression. But I never felt I could approach anyone for help in my darkest hour so I never did. It has taken me 3 years to start to accept what I’ve been living with, and the road to recovery will still remain challenging. Thankfully I no longer feel alone on my journey, but countless people out there will not feel they have that luxury.

It doesn’t have to be this way, but it’s down to us to make that difference as help is there if you look for it. This has been the latest chapter of my life story, and thankfully I’ve now found support to make the rest of my tale a happier one.