A Dad’s Tale of IVF 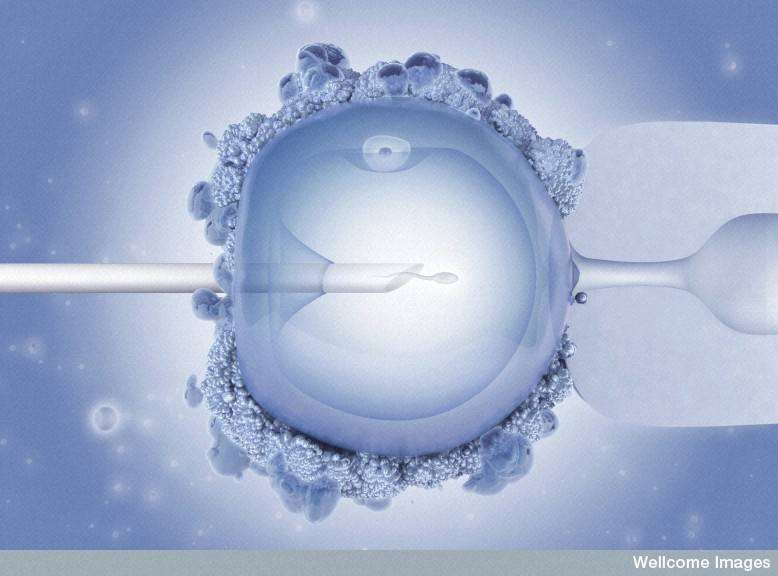 “She’ll be wanting a little brother or sister soon won’t she, are you going to have another?”

Probably one of the most common questions anyone gets asked when you’ve got one child and that child is about two or three. But not a question I was prepared for at all; it had taken four years for us to realise we needed help getting pregnant.

Then another two years with two rounds of IVF using two different egg donors and somewhere in the region of £23,000. We actually considered ourselves amazingly lucky that we hit the jackpot. Some people spend a lot longer and much more and get nothing in return. So no, the idea of a brother or sister for our own personal roll of the dice was not something we had thought about at all.

I was fine with it. I had spent twelve hours staring at a wall after being told my wife had had a miscarriage, to then argue with a doctor for proof only to find out that the baby was still there. Which made the remaining six months a little tense. Then I’d watched, totally helpless, as my wife, surrounded by doctors, lost more blood than I’d ever seen before in one place whilst I held my ten minute old daughter in my arms. But now I had a child, something I’d wanted for as long as I could remember. So, another kid? Nah, I’m good thanks.

But now two and a bit years later just as we sat on the couch smugly congratulating each other for keeping our daughter alive for two whole years, and for not forgetting to have the party somewhere other than our own house this time, the damn letter arrived. It was the IVF fertility hospital asking what we wanted to do with the three frozen blastocysts they had stored for us. It had seemed like a good idea at the time, quite literally not putting all of your donated eggs into one basket. What should we do with them? Have another go? Maybe a brother or sister would be a good thing. My wife grew up an only child and said sometimes it was lonely. Maybe a sibling would be the best thing for her then? But then I grew up with a little brother and that’s a lot of extra trips to A&E that we could avoid, admittedly I was never lonely but then one of us was usually in trouble or concussed, so maybe not.

So what were the options? Well, the letter had forms attached. I hate forms.

Option one: Use them ourselves.

Well, err, maybe we’ll come back to that one later.

Option two: Give them away.

Oh the ultimate chance to repay the altruistic generosity shown to us by the original egg donor. Yes, we said that’s the one for us. Then the doubt crept in, at some point in her future we have to explain to our daughter where she came from. Yes, your mum and dad are still your mum and dad, but a kind lady helped us out a bit. She’s allowed to find out about that kind lady when she’s old enough as well. Could we really tack on to that conversation, “oh and there’s kind of a brother or sister out there as well” not just the kind ladies egg but part of your dad too. A part of your dad that might come looking for us in 18 years. That just feels like a bit too much for her to have to deal with, maybe we look at the other options.

The other options were lumped into, use for training or for an undisclosed test.

Ok both kind of a bit like helping others, I mean everyone needs training right? And tests, well that’s how breakthroughs are made. Oh, wait, I’d have to have medical tests on me as well and we have to be made aware of the details of the test. Now I’ve been known to pass out when blood tests are even mentioned (my own that is, I have no problem with other people’s blood). Ok but training, everyone needs training so there’s that.

Then I started to get a bit selfish. I know not giving them away to others was pretty selfish to start with, but hey, if you think about how many people live on this tiny green marble then choosing to have a child in the first place was pretty much one of the most selfish things we could have done already.

I wanted another child, I mean really wanted another. It made no sense and I couldn’t articulate it to anyone properly. My wife mostly understood, but to be honest, I didn’t really understand it myself. But I couldn’t stop myself from thinking about it all logically, yes I wanted it but we don’t have the room. Well ok, we could probably use the guest room and then buy a sofa bed for the grandparents. No we can’t afford another kid. I’d cut my wage in half so my wife could go back to work; no we just can’t afford it and that’s that. We would be sensible about this.

Didn’t even win a tenner, so we marked down training on the forms and sent them back on the day of the deadline on the letter. I still regret it a little, but I have what I had wanted since I was sixteen, a wife I loved and who loved me; a roof over my head and a daughter who means the world to both of us.

The answer to the original question?

No, she doesn’t want a brother.

I asked her, she wants a bunny.