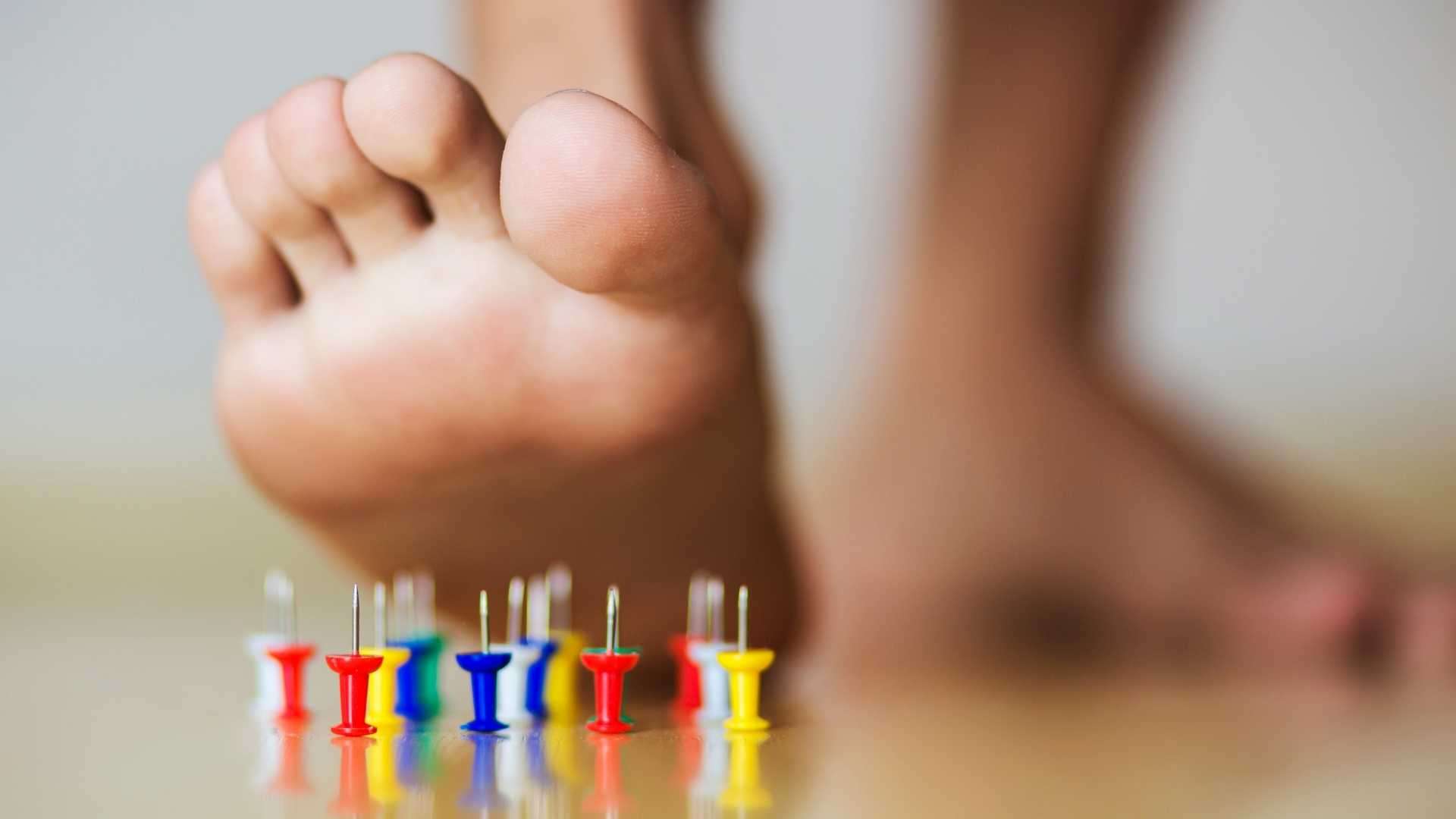 We asked our Dadsnet dads on Facebook what was the worst thing they has ever stepped on barefoot. The answers were fascinating, from the disgusting to the ones that make you clench up in sympathy pain.

Suffice it to say, we all need to be a bit more careful when we’re without socks and shoes. Here are some of the answers we received.

It should be said that there was a lot of poo-based barefoot disasters mentioned. For example, Andre stepped in “warm dogs**t by the bed in the morning”, whilst Chris reported treading in “cold cat poo after she got locked in the kitchen. The annoying thing is the cat litter tray is also in the kitchen.”

Our furry friends have a lot to answer for when it comes to stepping on disgusting stuff, as Nick Ratcliffe found out. Nick stood on “a dead blackbird with it’s guts hanging out…thanks to the cat.”

Michael Washington’s message raised a few more questions than it answered. He recalled that he had stepped on “a dead carp carcass. It’s rib bone stuck into my foot deep. Had to get it surgically removed.”

Keith Smith channeled his inner-Annie Lennox by walking on (walking on) “broken glass.” Whilst Paul Fairweather met the fate of many a dad taking out the bins last thing at night when he trod on a “big black slug.”

Scott Wold had the same problem that many parents meet when their kids are less than enthusiastic about tidying up their toys at the end of the day. He recounted that he stepped on a  “cast iron F14 Tomcat fighter jet 2am on a cold night. I took out 2 shelves and let out 2 dozen curse words in the lounge room heading for a pee. The punch line? We now have a ensuite bathroom!”

But Tom Maddocks has to take the crown for the most shocking of messages. He said, “when i was about 12 or 13 i jumped from about the 5th step on the stairs…. Heel went straight onto a 2inch nail sticking out the floorboards (bare wood as awaiting the carpet fitters). Probably one of the most painful things I’ve ever done.”

Have you got a barefoot disaster story? Leave it in the Comments