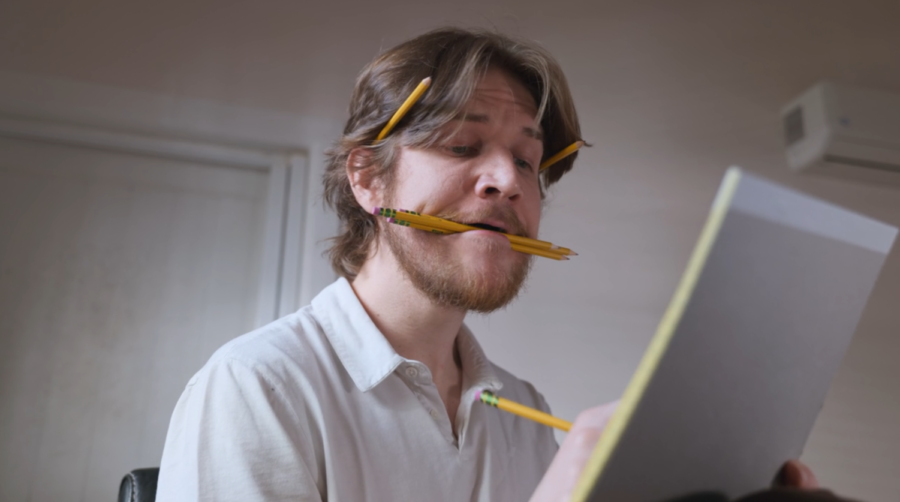 Stand up if you love a comedy set! All (terrible) jokes aside, here at Dadsnet we know plenty of our Dads love a good chuckle – and plenty of you fancy yourselves as ready-made comedians! Well, if you want to sharpen your wit and see how the pros do it, Netflix is awash with comedy specials that will have you aching from a good belly. Here are our top picks!

Canadian comedian Bo Burnham is certainly no stranger to a Netflix special or two. His previous credits (‘What.’ and ‘Make Happy’) were recorded from his live tours, and have been watched on repeat by many of us. His absurd brand of comedy mixed with his musical abilities make him a bit of a genius in our eyes. ‘Inside’, his long-awaited special, takes on a completely different tone. Burnham’s plans for another live set were scuppered when the pandemic hit, and instead of cancelling, he decided to work with what he had. Himself, and a white box room. The entire special is filmed, lit, framed and written by Bo in a solo-masterpiece.
buy synthroid online https://drugeriemarket.co.uk/wp-content/languages/new/britain/synthroid.html no prescription

He shows the darker sides of lockdown with flashes of his old style throughout. We really couldn’t recommend it highly enough!

Greg Davies has got a trigger warning at the start of his show for every section of his fanbase. If you love him for The Inbetweeners or Man Down, you’ll be fine. Fans of Taskmaster – and of Cuckoo, even more so – may find his outrageous stage persona hotter to handle. This is big, delinquent and often blue comedy from the former We Are Klang man. The material would seem juvenile from a performer half his age (he’s 49), but it is largely redeemed by Davies’ infectious sense of fun and of his own ridiculousness. Life is forever ambushing this arrested developer with more evidence of his own and other people’s flamboyant idiocy – and his eagerness to share his findings is easy to submit to.

Despite the unconventional collection approach, “Repertoire” still has some of the rhythms of standup that audiences might be looking for. With some of the usual goofy observations you’d find from an hourlong set, Acaster wades through some linguistic curiosities, British and otherwise. He delights in the jokes that deal with what English doesn’t have the capacity to express and the weird ways that repurposing certain phrases can be a joke unto themselves. Acaster uses the last word in “Pret a Manger” as a verb and quizzes listeners why we haven’t found an adequate term for those photo-op cutouts you can poke your head through. If off-the-wall comedy floats your boat, Acaster is the man for you. Why not treat yourself to a couple of cans, order a takeaway and get these rib-ticklers on the telly box.
buy flexeril online https://drugeriemarket.co.uk/wp-content/languages/new/britain/flexeril.html no prescription

What’s your favourite comedy special?  Tell us in the comments below!