Day of the Dad : The Fathers Day Event 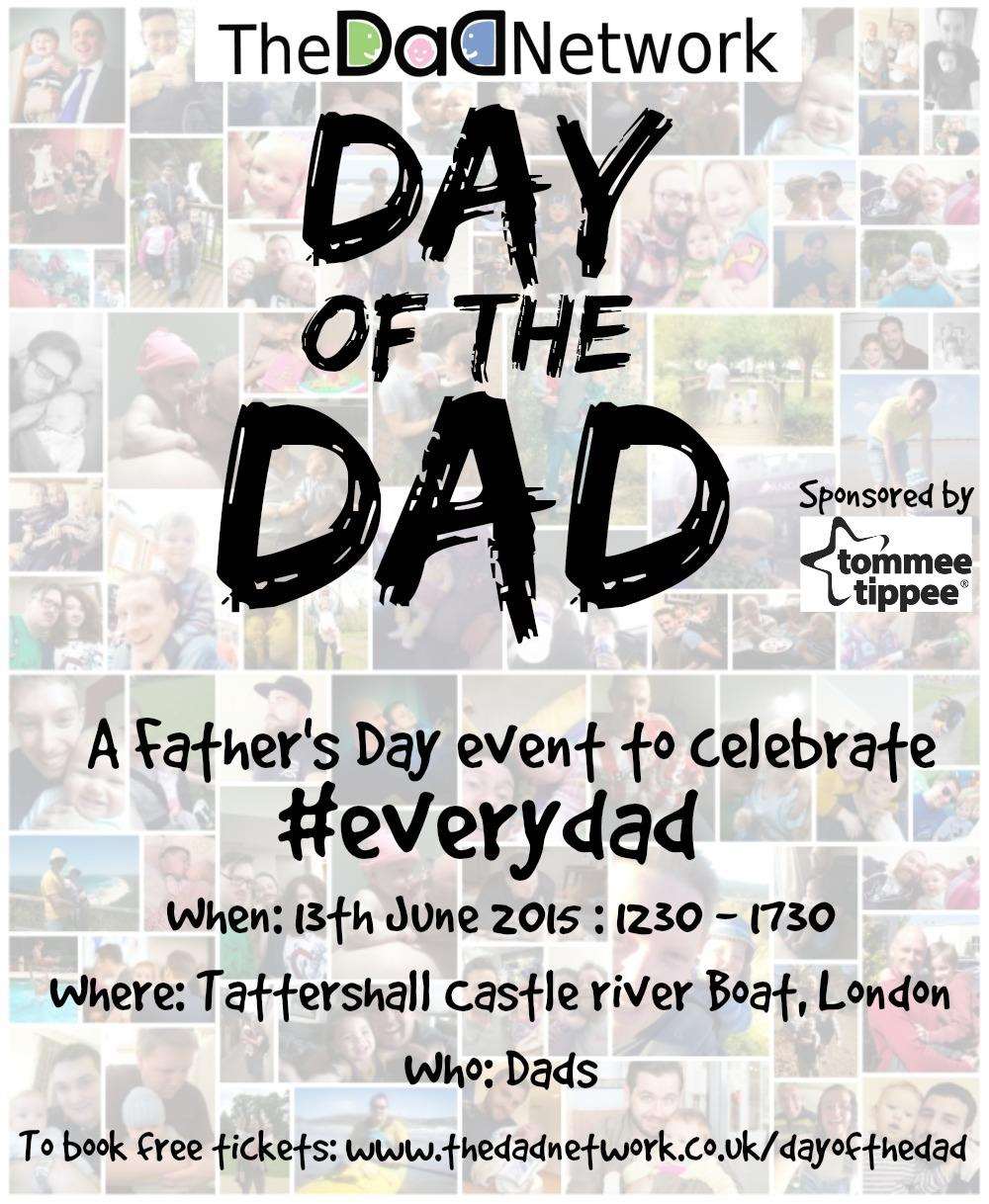 At The Dad Network we believe that #everydad matters! That’s why we’re celebrating Father’s Day with a bang!

Father’s Day is the biggest day of the year for us. It’s the day where people remember dads. Dads that are often forgotten about for the rest of the year, but not by us. So, in honour of Father’s Day we’re gathering dads from all over the country to central London, to celebrate being dads. The Dad Network is launching:

Day of the Dad! 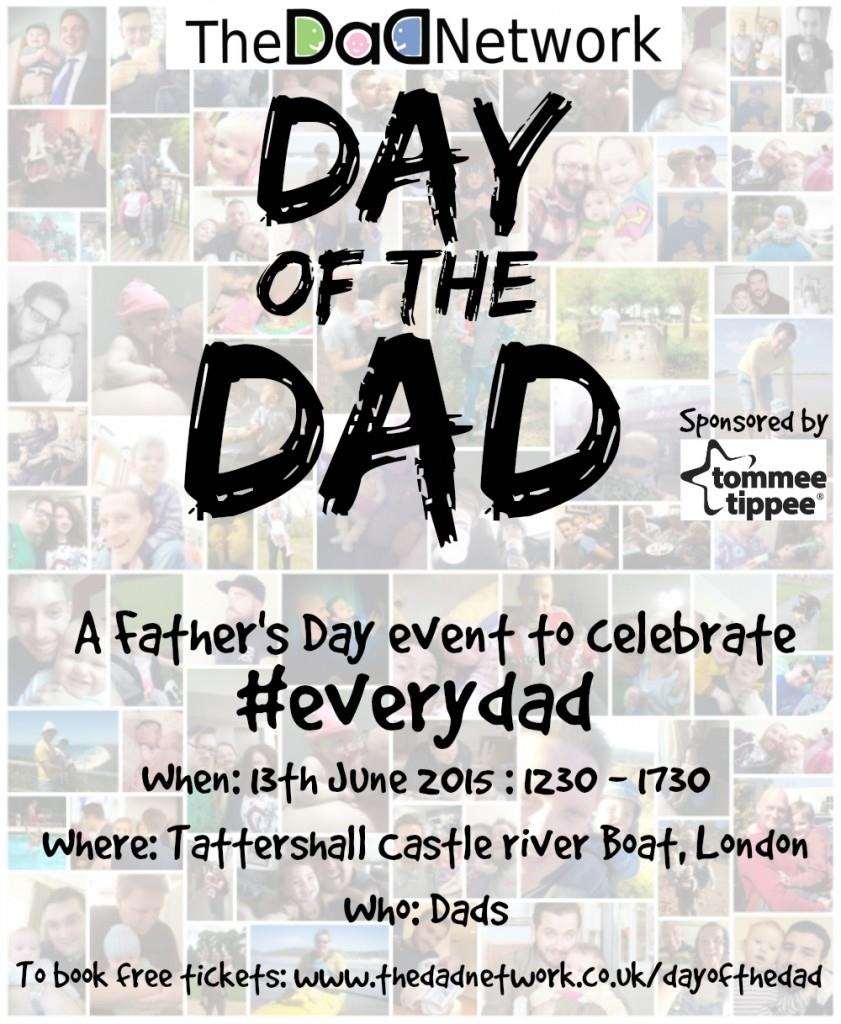 We haven’t ever come across a Fathers Day event before, so we are taking the bull by the horns and running one ourselves.

This free event is on 13th June 2015 from 12:30 – 17:30. It will be held on a newly renovated river boat, overlooking the Millennium Eye on London, called The Tattershall Castle.

The agenda: to simply meet other dads over a drink and your favourite food and take some well deserved time out to socialise with other dads! We want to have a break from trying to send a text to your pal whilst trying to wipe a bum and change a nappy or fix an action man! We asked our network of 760 dads what they’d like to do and they said they want to ‘hang out’ with other dads, simple. So that’s what we’re doing.

Plus, if you come along, you’ll get yourself a free goodie bag filled with some great dad bits and bobs!

To get yourself a free ticket (and places are limited) simply follow this link and follow the instructions.

And, although we love our kids, you’ll be pleased to know that this is a dads only event! So unless your child is also a dad… you’ll have to leave them at home!

We’re also thrilled to be teaming up with The Lullaby Trust as our official charity for the event. They do such great work all over the UK and are running a campaign called Beards for Babies during June which we’ll be supporting. The Lullaby Trust will be joining us at Day of the Dad.