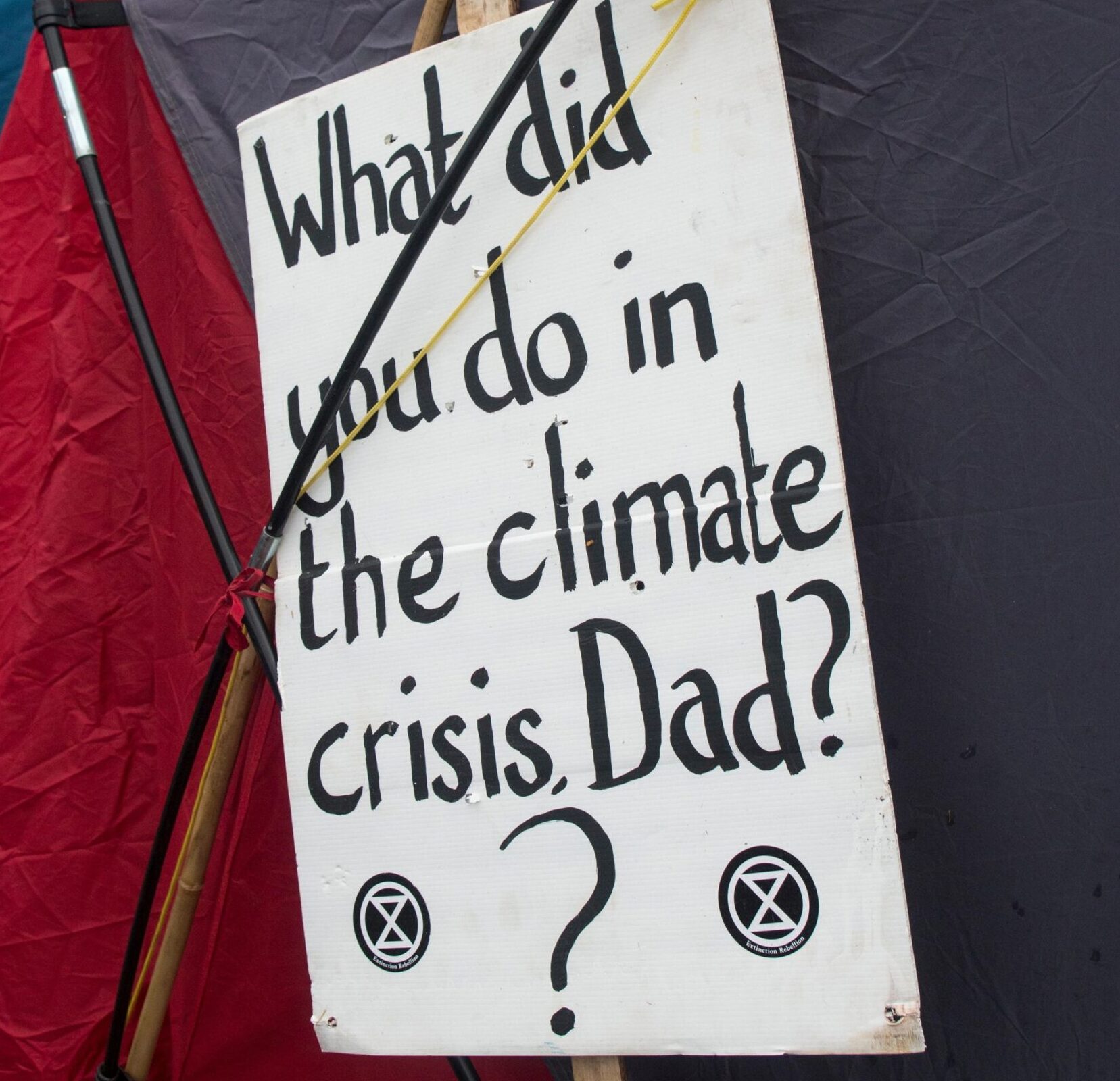 At COP26 in Glasgow, beloved naturalist and broadcaster Sir David Attenborough warned that humanity is “already in trouble” thanks to our penchant for burning fossil fuels, habit of actively destroying nature and knack for releasing colossal amounts of carbon into the atmosphere. It’s a dire and overwhelming state of affairs, and we need immediate change if there’s any hope of reversing the devastation and havoc we’ve already wrought.

“Perhaps the fact that the people affected by climate change are no longer some imagined future generations but young people alive today, perhaps that will give us the impetus we need to rewrite our story, to turn this tragedy into a triumph,” said Attenborough starkly.

All those ‘perhaps’ don’t instil much optimism though, do they? And if young people today are already potentially doomed, how can anyone seriously consider bringing further children into this world, when it’s teetering on the edge of becoming environmentally annihilated?

Alongside all the usual, not insignificant stumbling blocks to parenthood – age, fertility, relationship and financial stability, and just the simple fact of feeling ready to take on the responsibility of another life – potential parents must factor in what kind of prospects Earth will be able to provide their offspring down the line. So how do you make that decision when the future is so precarious and world leaders have set out no clear roadmap to cleaning up and restoring the planet?

It’s a question many people are grappling with. In late 2020, Matthew Schneider-Mayerson, of Yale-NUS College in Singapore, outlined research that surveyed 600 people aged 27-46, and found “96.5% of respondents were ‘very’ or ‘extremely concerned’ about the wellbeing of their existing, expected, or hypothetical children in a climate-changed world.” Meanwhile, a recent poll carried out as part of a study into ‘eco-anxiety’ by the Global Future thinktank and the University of York, found that 78% of people – of all ages and classes – in Britain reported some level of eco-anxiety.

Psychotherapist Rosemary Randall has been working on the psychological aspects of the climate crisis for the last 20 years, and is part of Cambridge Climate Therapists (cambridgeclimatetherapists.org). She says that if you’re contemplating parenthood, it’s important to interrogate your engagement with the climate crisis. Ask yourself: how you would feel if you didn’t have children? What is you ‘gut reaction’ to that scenario?

“You will face all kinds of adversities in relation to having children,” says Randall.

“It’s never an anxiety-free zone having a child. You’re always taking a gamble when you decide to have a child; you’re always taking a risk that you may encounter pain, emotional pain, as a result of that, and that your child may [too] – you can’t protect other people as much as you might like to.”

Randall says it’s important to listen to your gut and talk about your worries, rather than denying yourself something you may powerfully feel you want.

“The good things to give up are flying, eating meat and driving too far and too fast. But the things which are really part of life, the essential parts of life, which is loving, sharing, relating, communicating and supporting, all of those things need to carry on,”

For Dr Paula Owen, eco-campaigner and CEO of eco action games (ecoactiongames.org.uk), it’s not a case of whether having children is ethical, but of how many is unethical.

“It could be seen as perfectly acceptable to have one or two, because in that way you are not actually increasing the overall number, you’re just replacing yourself,” she suggests, but argues it may be difficult to justify having a large family in Western, developed countries, where children are likely to have a much larger carbon footprint.

And then you have to consider the planet your child may inherit. “A lot of friends and colleagues of mine who have had children, they are really anxious about what kind of future their children will have,” says Owen, speaking of those in the same field as her. “They know the science, they know the predictions, and it’s a real worry for them.” She does, however, believe that becoming a parent can make you more invested in the future, which is a positive. “A lot of people before they have children, they live a carefree, consumer heavy lifestyle, and fly off all the time for parties, long weekends,” she muses, “but when they have that child, that can change their mindset.

“So it could be a power of good in terms of, where people are rather profligate in their life, they really start to think carefully about the future and their behaviours and the impact for their consumption and their diet when kids come along.”

Owen says every new human life will be a burden to the planet – but it depends on how heavy – and that new parents have a responsibility to be approach parenthood as sustainably as possible.

“There’s lots of ways you can be mindful of how you can raise a child,” she says, whether you buy a second-hand pram, try reusable nappies, batch make baby food and freeze it, opt for plastic-free baby products or avoid baby wipes – what Owen calls “the number one enemy” that contribute to fatbergs and water pollution.

In the end though, whether you decide to have children or not, it’s a truly personal decision. One that – climate crisis or not – will change your future forever.

Do you find that the climate crisis has affected your decision to have children?  Let us know in the comment section below!