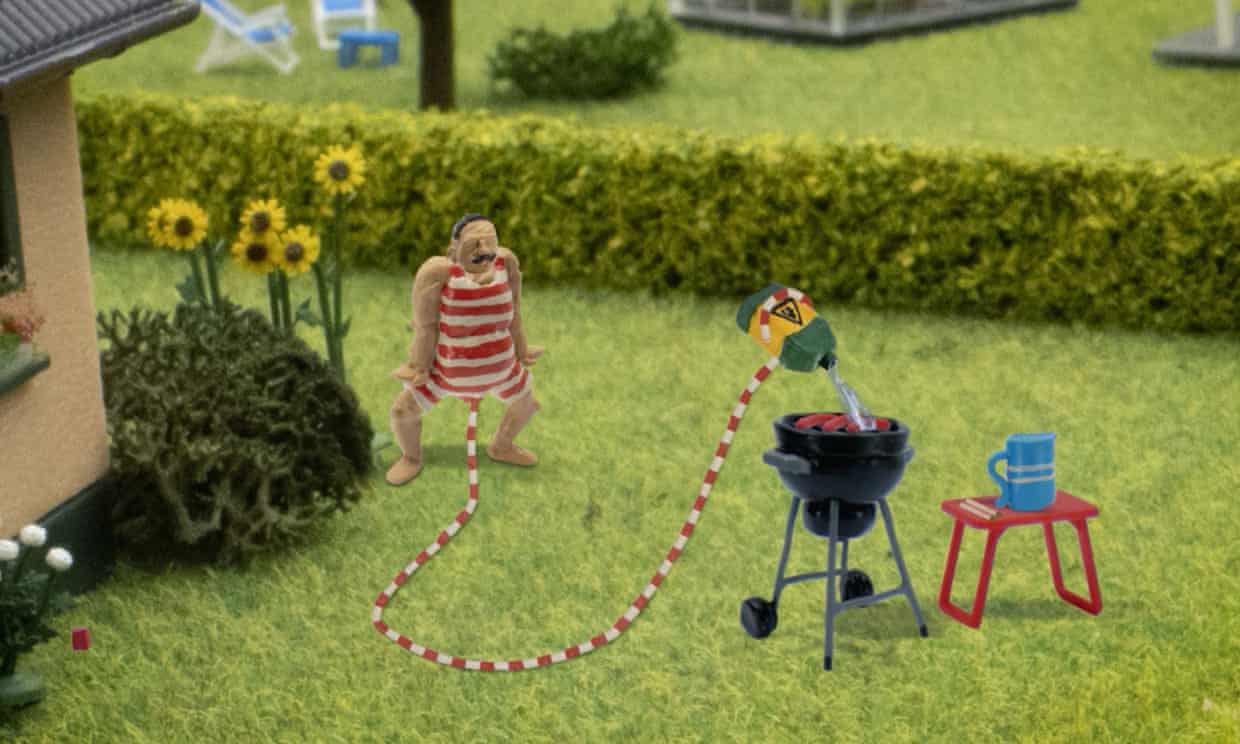 John Dillermand, the main character, has an extraordinary penis. It can perform rescue operations, create murals, hoist a flag and even steal ice-cream from children… No, we’re not kidding.

The Danish equivalent of the BBC, DR, has a new animated series aimed at children aged 4 – 8 about John Dillermand, the man with the world’s longest penis who overcomes challenges with his record-breaking genitals.

As I’m sure you would expect, the series has provoked a debate.

Since premiering on Saturday, critics have condemned the idea of a man who cannot control his penis.

“Is this really the message we want to send to children while we are in the middle of a huge #MeToo wave?” wrote the Danish author Anne Lise Marstrand-Jørgensen.

Christian Groes is an associate professor and gender researcher at Roskilde University. He said thought the programme’s celebration of the ‘power of male genitalia’ would only set equality back.

“It’s perpetuating the standard idea of a patriarchal society and normalising ‘locker room culture’ … that’s been used to excuse a lot of bad behaviour from men. It’s meant to be funny – so it’s seen as harmless. But it’s not. And we’re teaching this to our kids.”

Erla Heinesen Højsted is a clinical psychologist who works with families and said she believed the show’s opponents may be overthinking things.

“John Dillermand talks to children and shares their way of thinking – and kids do find genitals funny,” she said.

“The show depicts a man who is impulsive and not always in control, who makes mistakes – like kids do, but crucially, Dillermand always makes it right. He takes responsibility for his actions. When a woman in the show tells him that he should keep his penis in his pants, for instance, he listens. Which is nice. He is accountable.”

Højsted admitted the timing was poor and that an animation about bodies might have considered depicting “difference and diversity” beyond an oversized diller which is the Danish slang for penis; dillermand literally means “penis-man”).

“But this is categorically not a show about sex,” she said. “To pretend it is projects adult ideas on it.”

The Danish channel, DR, have responded to the criticism by saying it could just as easily have made a show “about a woman with no control over her vagina” and that the most important thing was that children enjoyed John Dillermand.

What are your thoughts on the show? Would you let your children watch it?

Half of parents admit their child has been disappointed with Christmas presents Giving a gift can be as pleasurable as...

Younger pupils remain ‘three months behind in reading’ amid pandemic

Younger pupils are around three months behind where they should be in reading due to the pandemic, a study suggests....

At Dadsnet we are always looking for the small things that make a huge difference and then telling you all about it so...