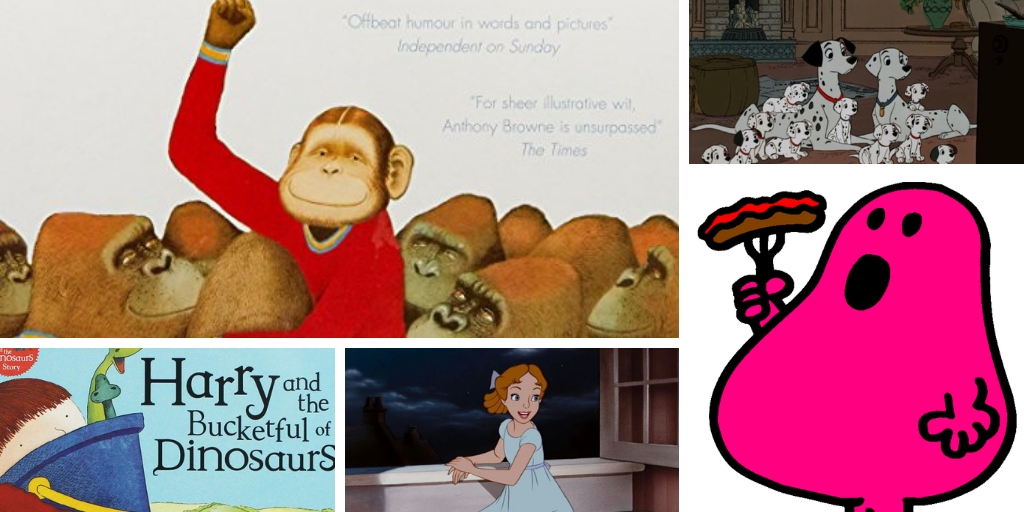 World Book Day 2019 is just around the corner and parents across the planet are indulging in the time honoured tradition of waiting until the last minute to sort out their children’s costumes. Although each year we pledge not to leave it as late next time, we find ourselves in exactly the same position 12 months late.

With this in mind, The Dadsnet has compiled five easy last-minute World Book Day ideas for you to try. There’s also some suggestions of what to avoid too. Sometimes knowing what not to do is just as helpful.

The story of Harry and the Bucketful of Dinosaurs by Ian Whybrow is a favourite in our house. It revolves around Harry. And there’s also a bucketful of dinosaurs.

If you think the title is straightforward, you’re also in look when it comes to his costume. It’s basically a jumper and some jeans. Simply add a bucket and some dinosaurs and you’re sorted.

You get bonus points for digging out an old VHS tape too. In the book, Harry’s gran tries to calm him down when he loses his dinosaurs (spoiler alert) by buying him a video. It’s at this point in the story when you begin to feel a hundred years old as your child turns to you and asks in disgust, “what’s a video, Daddy?”

Take one blue nightie, add one blue ribbon and – hey presto – you’re done. Kids love Peter Pan and it’s taken you all of five minutes to complete a World Book Day outfit. This is what they term a win-win.

Of course, the blue is from the Disney film, rather than the book so you could use any colour nightie, but sometimes it’s just easier to stick to what people know to avoid the inevitable “who have you come as?” questions.

Willy the chimp is the main character in a host of books by the brilliant Anthony Browne. In Willy the Wizard, he is a keen footballer, making him easy to replicate. Stick your kid in their favourite strip and send them in. You don’t even have to buy them boots because Willy doesn’t have any at the start.

The bonus is that, when wearing a football kit, your kid doesn’t just have to be Willy, they can be literally any footballer who has written an autobiography. Or had an autobiography written on their behalf as is more likely.

Some of the Mr Men are more difficult to dress up as than others. Mr Greedy has to be the easiest, though. Take one pink top and shove a cushion up there to represent his belly. Too easy, if anything.

An alternative is Mr Noisy, which involves your child wearing red and shouting a lot. This shouldn’t be too much of a stretch for most kids.

Bonus points if exactly 100 other kids’ parents have the same idea. It’s a long shot, but…

Pretty much the best last-minute World Book Day idea of all time came in 2016 when comedian Joe Heenan came up with this beaut of a tweet:

#WorldBookDay
Forgot they had to be in costume, so they’re going to school as pages 89 & 165 of the Argos catalogue pic.twitter.com/5JHnHlRbte

Although your children might love the books more than anything else in the entire world, their school does not need another Harry Potter. In fact, having 101 kids turn up as dalmatians is unlikely, but most schools would be pleased if only 101 Harry Potters sauntered in on World Book Day. Think bigger, think smaller, think sideways, just think about something other than Harry Potter.

However, the worst World Book Day idea I ever heard came via a teacher I was talking to once. She was chatting with the mum of one of her pupils after school just before World Book Day. The mother let on that her little lad was really into reading about the war and was considering coming to school on World Book Day as Adolf Hitler.

The teacher discouraged the mother quite vigorously.

What are your best last-minute World Book Day ideas? Share them in the Comments.