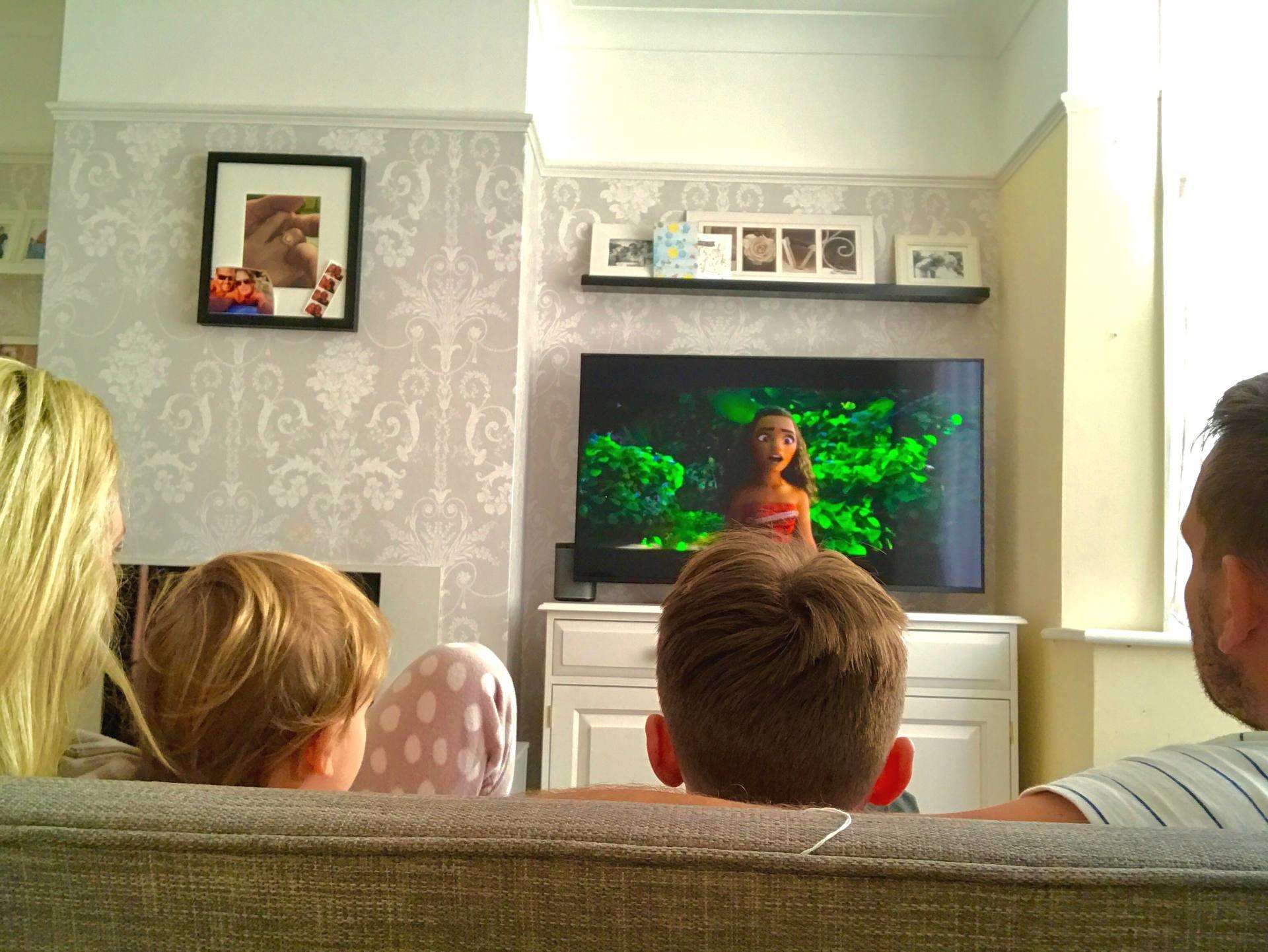 It’s no secret to our readers that we’re fairly strict on Teddy’s screen time allowance. He has never
used an iPad, never uses the computer or plays on our phones and will only watch TV for limited
amounts of time. He has no idea who the popular children’s TV characters are and knows no theme tunes! Which is
odd, because I do know the Thomas theme tune pretty well…

But last week on a family holiday, during a very cold and rainy afternoon, we decided to sit down as
a family and watch a film. Our first ever family film. We made it a really special event by all getting
in to our pjs, bringing the duvets down from upstairs and having a selection of treats to enjoy;
Teddy demanded he have his favourite treat, peas! We all snuggled down and watched the film
together.

It was one of our favourite memories from the holiday.

Sitting down as a family and watching a film didn’t seem like we were encroaching on the ‘too
much screen time’ cliff edge that we’ve been wary of for so long. The reason being, that this was a
family activity.

We were doing it together. We discussed bits of the film, we laughed together and we bonded.

And we really, really enjoyed it.

So much so that we decided to make it a regular event.

Once every week or two we will sit down and enjoy a film together. Having missed out on so many of the big family favourites that have been released we decided to ask our family and friends what their favourite films are.

Obviously the Disney titles came out on top. So we started a Disney family film night wish list. A list of all the
Disney films we’re looking forward to watching and enjoying together as a family.

Moana came out on top with 101 Dalmatians and Frozen (obvs) following behind. As the days become shorter, the summer disappears and winter draws in, I know that family film
time will become a really special time for us all.

We don’t own many children’s DVD’s and the ones we do own are very old so we decided to get
with the times and download the films we want to watch.

Fortunately for us, films are available for download across loads of online stores like Amazon Video, iTunes, Google Play & Sky Store.

I went onto Google Play to search for our favourites and they came up straight away. It was a
simple & easy process and within minutes the films were ours to enjoy. Perfect for the impromptu,
weather crisis, last minute change of plan family film sessions! One great benefit is that the downloaded Disney films are stored in your account, not on your
device. That means that when we go away together, we can still access the films we’ve already
downloaded, regardless of the device we’re watching on.

For us, watching a film is a real family event, brining everyone together to enjoy the experience.
Having easy access to all the family favourite Disney films means that we can chose the films
together and download them stress-free.

And what’s more, I’m getting excited to work my way through the Disney classic collection! I
remember watching Aladdin, Return of Jafar as a child so will be reliving my own childhood but with
Teddy.

Disney are currently running a giveaway where you can win 30% off your downloads!

This is a sponsored post but as always, all opinions & thoughts are authentic :)