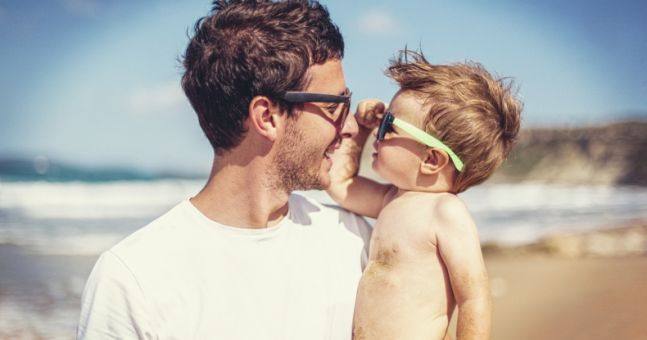 This might seem an odd question to ask dads, but: Did you ever get broody? And what does it feel like?

Given that this is The Dad Network, you might be thinking, “Well of course! I’ve got a child, haven’t I?” But dads all come from very different places. Did you always know that you wanted to have a child, or children? Did you find that your partner wanted children much more than you, but you didn’t want to tell them? Or were you much more keen on starting a family than your partner? Maybe fatherhood was something that you didn’t want to be part of at all – until it happened.

When I was in my early 20s, for example, I wasn’t ready to be a dad at all. I didn’t want to be a father and I thought that I would stay that way for the rest of my life. People told me that I would change; they said that eventually I’d come around to the idea. I said no, there was no way that I’d ever be ready to be a dad. And I really believed it. Some people say there’s no ideal age to be a dad, but I don’t think that was true for me.

The truth was, there were lots of reasons why I wasn’t ready. My head wasn’t in the right place. Because of one thing and another that happened to me in my 20s, I wasn’t ready to care for myself, let alone anyone else. That did change, though, when I met my partner 13 (13!) years ago. I had a sense that I knew I could be a better person. I felt ready. And I started thinking that I could be a dad one day.

Hang on a minute though. When we talk about “being broody” we mean something different from that kind of logical thinking. We mean looking at a baby, or a young child, and feeling something. It’s a desire to care for something tiny and helpless, a kind of primeval instinct. Some men say they feel that; some don’t. Some people say it’s more of a female trait than a male one; others disagree.

And here’s my confession: I never did feel that way – until I became a dad myself. If I met other people’s children, they were cute of course, and I could see they were sweet and helpless, but did I feel this overwhelming urge to protect them and look after them? No, I did not. There was no visceral feeling. Babies were just like kittens and puppies – cute, but not anything that churned me over inside.

Maybe I’m alone, but that changed for me when I became a dad myself. My own daughter, as soon as she appeared, cracked something open inside of me. When she cried for that first time, I felt something physical happen. Of course I would have cared for her and loved her anyway, but I really did feel something change. It was like I was being taken over. I would walk through fire for her. I would do anything for her. And I knew it would always be true.

Since my own daughter was born, I’ve found I react differently to other children, too. I see them, whether they’re good or bad or happy or sad, as the most important thing in the whole world for their parents. I know that they turned the world upside down for their mums and dads and nans and grandads, in an amazing way that is completely unique, but also very familiar. I’m not saying being a parent makes you a better person, but it made me a better person.

Have you had a similar experience? Maybe you’re the kind of person who’s always been caring around children – or are you someone who didn’t release their “inner dad” until they became one? Did you ever feel broody?