‘Mum Rage’ – What it means and how to manage it 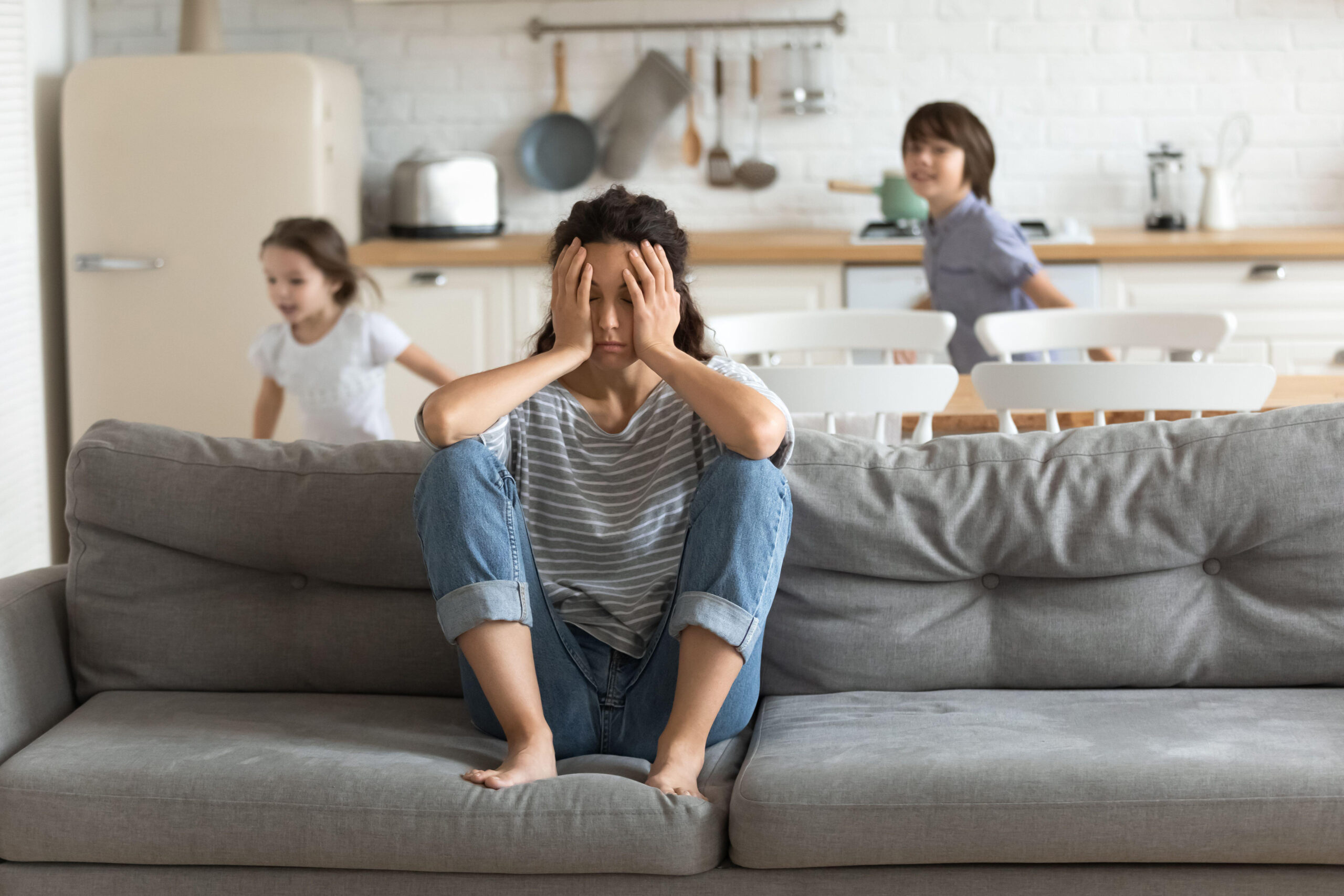 If you’ve never been an ‘angry’ person, maternal rage can come as a bit of a shock.

It can be explosive, intense and often seems to come out of the blue (it’s not, usually) and might be directed at your partner, your kids or no one in particular, merely at the stark realities of being a mother.

Although its rarely talked about, feeling angry is a completely common, normal emotion for mums, but often it’s wrapped up in guilt and shame.

Dads, of course, might feel anger too – but Cristalle Hayes, a psychotherapist and mother-of-two, thinks there are extra layers around the emotion for mums.

“I wonder if women have a more complex relationship with anger, or don’t feel like they should be angry, because women and mothers are ‘meant’ to be nurturing and kind and that doesn’t quite fit,” says Hayes.

It’s why she decided to focus on women’s experiences for her new book, Angry Mother Assertive Mother. “There’s a real stigma around mums being angry and losing their cool,” she explains. “I think it’s sort of seen as you’ve lost control, and you’re being ungrateful, you should be enjoying this. And I think a lot of mums beat themselves up over it.”

And ‘mum guilt’ is drummed into us early. Hayes, who has two boys – Jacob, four, and Zac, two – says: “I was really shocked at the minute [my first son] was born, how little regard health professionals had for me as a person. Of course, it has to be all about the baby, but I’d noticed how suddenly I didn’t exist beyond being a mother.”

Afterwards, she says: “I felt like if I wanted to do something outside of being a mum, I was being really selfish.”

So the issue has many layers, not least that historical expectations of how women ‘should’ behave still permeate today. But Hayes wants mothers to feel as if they’re “allowed to be angry” – the important thing is to cope with it and use it in a constructive way, before anger becomes toxic, she says.

Maternal rage can strike at any time, at any stage of motherhood. Hayes spoke to a lot of women as research for her book and, in heterosexual relationships, one of the biggest triggers than came up was rage towards partners.

“It became very clear [for lots of people] how much the mum’s life had changed and been impacted, and how much less the father’s life is impacted,” she says.

“They would feel a lot of resentment when they see their partner having a nap, or something really simple like clip their toenails – and they just seethed with rage.”

Another common trigger is “feeling like their kid is not listening to them and not responding to their parenting”, like refusing to eat dinner or go to bed on time. “Or they do something mildly irritating and you erupt with a really strong reaction. It might not even be about your kids, but they’re there,” Hayes adds.

“It can make mums feel really powerless and not in control of the situation. And that can turn into anger quite quickly – and you sort of blame the person in front of you – your child.” This can then leave them feeling “like a bad parent and a bad person – and it’s really easy to spiral into shame”.

But often, maternal rage is simply about being a mum, and all the complexities and practicalities that come with that. Hayes says it can be a reaction to “how much your life changes, your identity changes, how people treat you changes” – and that goes way beyond the postpartum period. In fact, once you’re out of that all-consuming, survival-mode newborn phase, reality can really hit.

The pandemic, understandably, may have exacerbated things too. Hayes had her second baby eight weeks before the first lockdown. “Like a lot of mums I spoke to, we were experiencing a lot more anger than we normally would and we didn’t have a place to go and process it, like therapy or the gym. I was feeling a lot of rage,” she shares.

What to do about it

Hayes says she recognised that her anger was “borderlining on becoming quite toxic” – but also that a big reason for it was because she was feeling unsupported. “I felt unable to say, ‘Hey, this is what I need’.” And that’s a big part of the problem, often mothers are coming from a place of ‘lack’ – lack of sleep, lack of time, lack of self-care, sometimes lack of help or support.If the rage you feel is towards your partner, Hayes advises trying not to feel like you have to do everything yourself. “Sit and have a chat with your partner and make sure it feels equal and fair – but not in a blaming, ‘you’re really lazy’ [way]. Try and keep it gentle and fair,” she says. “I don’t think couples get that kind of support or [have] understanding of what’s going to happen before having children – and [afterwards] it’s harder to have that conversation, but it’s really important.”

Moments where you feel yourself becoming angry at your child can be particularly distressing. “If it’s getting very intense and you’ve got into a power struggle with your child, and you’re just getting angrier and they are getting more and more activated as well, then completely change the activity, switch it up, put a pause on it,” Hayes says. “A lot of mums I spoke to, if they got angry around homework or meal times, would literally just stop what they were doing and put some music on and have a dance or run around the garden.”

Alternatively, if there’s someone else to take over in the house, take yourself out of the room, out of the situation, take a few deep breaths, have a glass of water, and reset. But for single mums with no one to hand over to, or when a partner is out, those situations can be incredibly hard.

If any rage you feel isn’t directed at anyone in particular – just at your situation as a mother – Hayes found simply talking about it with other mums helpful. “And having some level of acceptance. I think it’s very easy to get into this feeling of ‘everything feels really difficult’, like a drag, an uphill battle,” she says.

“Try and remind yourself of the value you’re bringing to this new role and this new identity, but acknowledge the losses you’re having as well.”

Don’t underestimate the power of self-care too. “It sounds like such a cliché but it’s really saved me,” admits Hayes – after all, mothers so often feel last on their own priority list. “Make sure you implement as much self-care into your day, into your week, as you can. Because you’re reminding yourself that you matter, your needs matter and your values matter. Your identity away from being a mum matters and you’re resetting,” says Hayes.

“Then when you have that reset, and you go back to being a parent, you parent better and then you feel better about your role as a parent.”