Dads think they do their equal share of nappy duty but mums disagree! 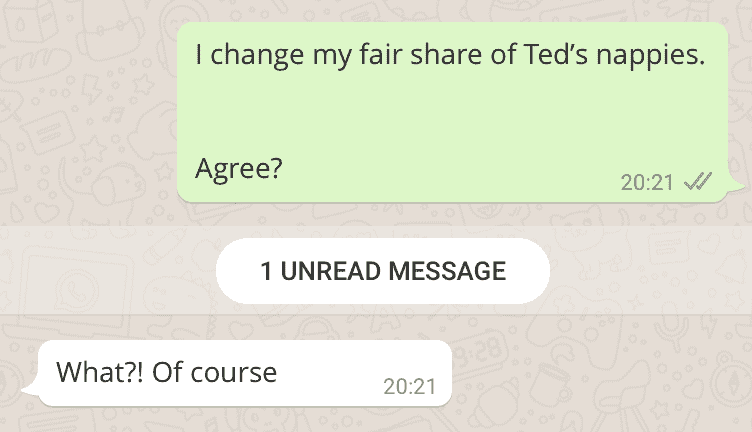 When Ted was born there was no doubt in my mind, that despite working full time as a teacher, I would muck in and do my fair share of the nappy changes. Lucky for me, this was never a big issue; my wife and I just seemed to slot into our roles without it ever really needing a discussion.

However, according to research commissioned by WaterWipes, mums don’t all agree that dads do their equal share. It seems as though dads genuinely do believe that they do their fair share of the nappy changes, it’s just that their partners don’t agree.

Obviously, someone is wrong because either, dads do their fair share or they don’t.

Now, I know for a fact that I have changed my fair share of Ted’s dirty nappies. I learnt pretty early on that nappies serve a very important purpose, the hard way. You can see in the image below that I should have put a nappy straight back on him, but I was naive and thought it would be fine. It wasn’t. A hot bath and a new carpet later… I’d discovered the importance of nappies. 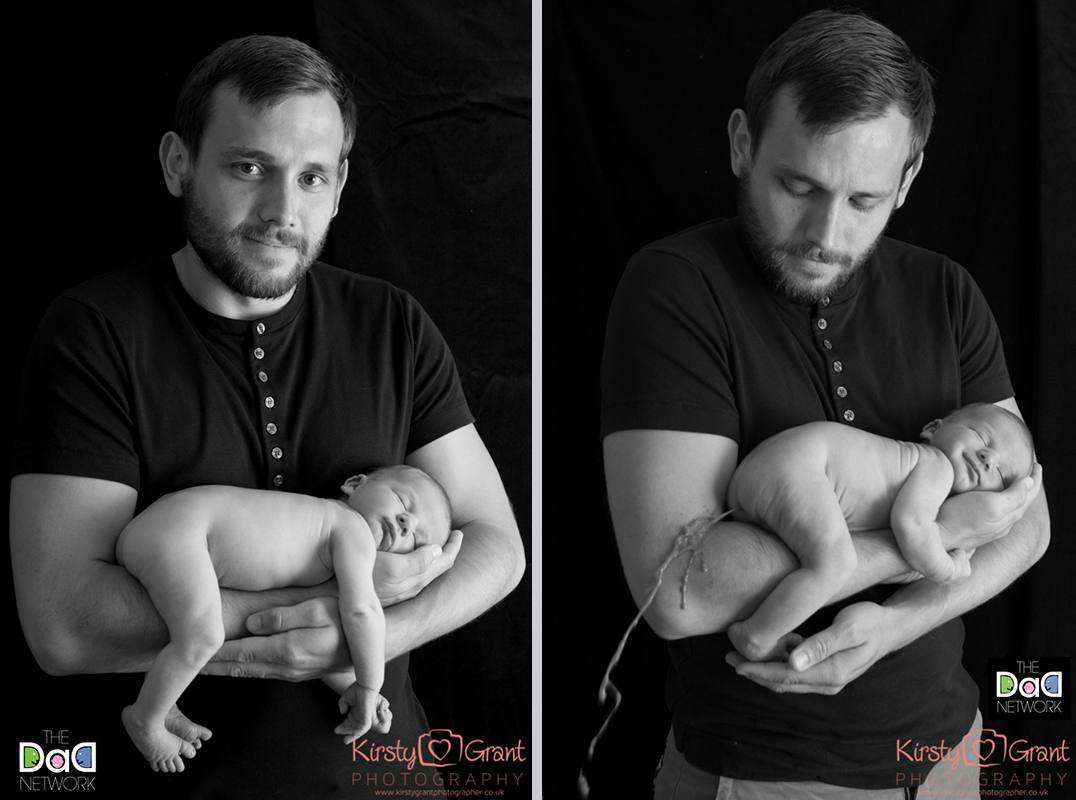 Anyway, since then, nappy changing has been high on my list of things to master!

In light of the research from WaterWipes, I decided to put this to the test and find out if Jen would side with the majority of mums who feel their partners didn’t change their fare share of nappies. This is what she said,

Phew! That was lucky. I guess that this is just one part of parenting, and whilst mums might not think Dad did his equal share of nappies, he may have been too busy doing the household chores instead. The term ‘equal share’ is fairly ambiguous and as I’ve come to learn, nothing is black and white when parenting is concerned.

It is, however, common ground for couples to disagree on whether there is an even split or not and this can easily turn into a debate & argument about who’s turn it is. One to avoid, because when a baby is concerned, you have a whole host of other aspects to focus on. So being aware of this nappy changing niggle is really important.

Another finding was that a third of new parents feel totally unprepared for changing nappies in real life. Now, prior to having a baby, I’d never changed a nappy; I mean, why the hell would I have? I can’t say that I was particularly anxious about it, but for many, it does cause anxiety; especially when changing your baby when out in public.

It’s important to get to grips with these smaller aspects of parenting so you can put all your energy into overcoming those larger challenges that parents face; sleepless nights, breastfeeding and weaning to name just 3.

The research goes one step further to suggest that parents do see a difference between changing genders (boys/girls) and there may be a need for more advice. Boys often get labelled as worse readers & writers at school, which is statistically accurate. Who would have thought it’s the same for changing a nappy! Ha!

Whilst I didn’t find this, to be an issue, it is perhaps more of an issue for those parents who had a girl and then a boy and found changing his nappy to be a little trickier.

However, don’t be despondent by all of these niggles, because if you are one of those anxious nappy ‘changers’ because parenting expert, Lisa Clegg, has shared her five tips to get you in the nappy zapping zone;

The research of 1,000 parents with children under five by WaterWipes, was carried out as part of their #PureLove campaign to champion new mums’ (and I hope new dads) self-belief in those early days of parenthood, where confidence is often at its lowest.

It’s in no doubt that becoming a new parent is the single most difficult thing you will ever face. Yes, there are harder challenges that changing a nappy, but when your hormones are here, there and everywhere (yes, even us dads have hormones dancing a merry jig), everything and anything can cause stress. But just don’t let it be nappy changing.