Essential Gadgets for Working on the go: Venturer 2 in 1 Notebook Review & Gear4 D30 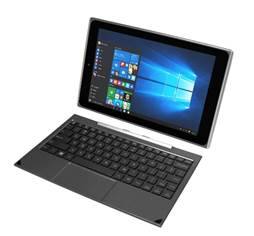 Since becoming a stay at home dad and working more on The Dad Network, I’ve had to find some gadgets to help me work when out and about. For example, I’m up in London more than I used to be (and when Ted’s mum is around so I can escape) and the train journey is usually at least 50 minutes. That’s a good amount of time where I could be checking emails, writing posts or editing videos. But in order to do those things, I need some essential gadgets for working on the go!

Well you want a small portable device for web browsing, email and some basic office tasks, and you cannot afford to buy into the Apple iPad (or you object to something about the way Apple operates as a company), so you have a look at the Venturer and you find it is much cheaper than Apple devices, at just £149.99. You think there must be some cost cutting somewhere but you get a device that is light, reasonable robust, and best of all has an attachable keyboard that is really rather good. One thing to get out of the way here is it would have made sense for the windows software to realise you have just attached the keyboard and therefore rotate the screen form portrait to landscape. The software does ask if you want to leave tablet mode so it knows something has been attached, so how easy would it have been to rotate the screen (I had to search for the command keystroke for this!).

Now of course this device will be compared to the iPad, and I have mentioned the cost; the most difficulty is with the operating system. The Venturer

is loaded with windows 10, and as soon as I started the tablet windows update service commandeered the machine for some time before I was able to logon. I thought it would make sense to look at the way the update service was configured, and I made a change to remove the automatic nature, and to allow notification and so take some charge of this (I should say here that I am familiar with computers and know my way round, but this intrusive default behaviour does contrast with the way Apple OS work the updates).

I thought I was on to a winning strategy here, and manually invoked updates and windows started a major upgrade to windows home edition: well I gave up waiting for the machine to finish after some two hours, and went to bed, and on returning to the table this morning there was further delay as windows configured the update. I went out with the dog!

So my experience of windows 10 is slightly tarnished with this process that has delayed a proper look at the Venturer. However it is windows 10 that will either irritate a user (previously using a mac) of deliver a familiar and known experience. The additional software delivered with the Venturer are biased to web based applications so will suit the sort of use I expect the Ventura designed to deliver. You will have to get used to microsoft edge browser, but most of the time it delivers.

is a cheap alternative to an iPad that has an attachable keyboard that is excellent, and offers some protection to the screen when folded up and does not add much to the thickness and bulk of the machine. If this was added to the iPad…well that would be another story.

This is a ideal solution for younger members of the family to provide a mobile experience or for students at college or university; relatively cheap, robust, competent software (possibly frustrating to use, and limiting compared to apple app-store) and a quite excellent keyboard that will allow proper a typing experience.

There you have it, 2 essential gadgets for working on the go that are serving me very well at the moment.