Father’s Day Thought: New Dads in the UK Are the Most Stressed in the World 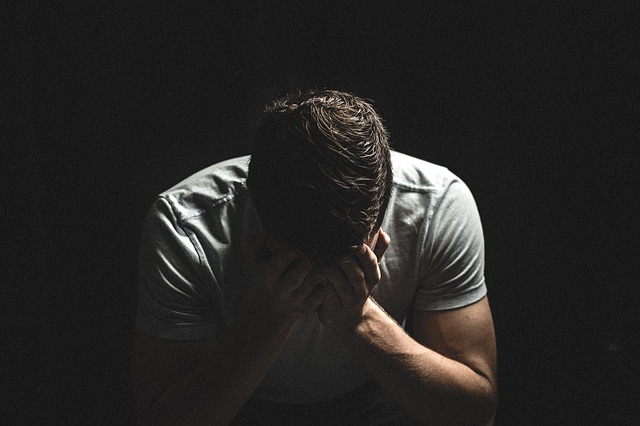 Research by the Movember Foundation has found that new dads in the UK are becoming more stressed during the first year of their children’s lives than those in a similar position in the USA, Canada and Australia. The charity, which highlights men’s physical and mental health issues, also found that many new dads weren’t mentally prepared to become fathers, nearly a quarter reported that they felt isolated after the birth, and more than half developed bad habits in the first year of being a dad.

The research from Movember is timed to coincide with Father’s Day. The aim is to turn what is generally a time for providing dads with another pair of unnecessary socks into a chance to discuss the mental health impacts of becoming a father. Quite rightly we are now beginning to talk much more about postnatal depression in new mums, but there is very little conversation about how this life-changing event impacts dads. Here are the statistics that show exactly why we need to bring this out into the open.

New Dads in the UK Are Stressed

One of the most worrying results from the research that the Movember Foundation undertook with new dads was that 71% of those questioned felt that their stress levels had increased over the first 12 months of fatherhood. When compared to similar studies in other English-speaking countries it seems that, for some reason, having a child in this country is more anxiety fuelled than it is in Australia, Canada and the United States.

The survey also dug into why new dads in the UK were so stressed, with the major reason given being a lack of sleep. Of those complaining of their rocketing stress levels, 57% of respondents admitted it was due to exhaustion. In addition, 50% cited the impact on their finances as grounds for their increased strain.

Preparation and Impact of Fatherhood

More than a third of the dads who responded to the Movember Foundation’s questions said they weren’t prepared to become a dad. Of course this is completely understandable. As anyone who has become a dad knows, the reality of the situation is very difficult to predict accurately if you are not used to spending time with babies.

Could this be a topic that should be added to antenatal classes? They are generally seen as useful for preparing new parents for the practical elements of both the birth and the early months of the child’s life, but could organisers also introduce a syllabus to deal with the mental aspects too?

Once the baby is born, it’s not only dealing with the child that new dads find difficult. Nearly a quarter of fathers in the first year of their child’s life admitted to feeling isolated. Unfortunately, this is not an unexpected result. There are many discussions on The DadsNet’s Facebook pages that suggest that losing social connections is a common occurrence and one which can negatively affect the mental health of new dads. Thankfully, you can find plenty of advice and help from articles like the Dad’s Guide to Combating Loneliness as well as from the other dads on our social media accounts.

This is a key message from Movember as they release these results in time for Father’s Day. As difficult as it is to keep in contact with your mates, with both the newfound time and financial constraints, it is hugely important to try. If your friends are at a different place in life, then discovering other new dads locally with whom you can talk and share your sorrows as well as your joys is a necessity. The DadsNet runs meet-ups for dads around the country, as do organisations like Dad la Soul on the south coast and Leeds Dads in Yorkshire.

Possibly related to the stress and isolation of fatherhood are the bad habits that more than half of new dads admit they picked up in the first year of having a child. The most common issue was cutting down on exercise, reported by 32% of those who admitted to developing indiscretions. Related were the 23% who said they put on weight, with 11% smoking more and 10% increasing their drink consumption. There were also 5% who claimed to have developed all of those habits during their first year of fatherhood.

How Did You Find The First Year?

Are you in the first year of fatherhood, about to celebrate your first Father’s Day? If your kids are older, do you remember what the first year was like? Are you struggling, or did you struggle? Let us know your experiences in the Comments and, if you don’t want to talk in public, use one of the amazing services below: