More Than Half of Fathers Report Dad-Shaming 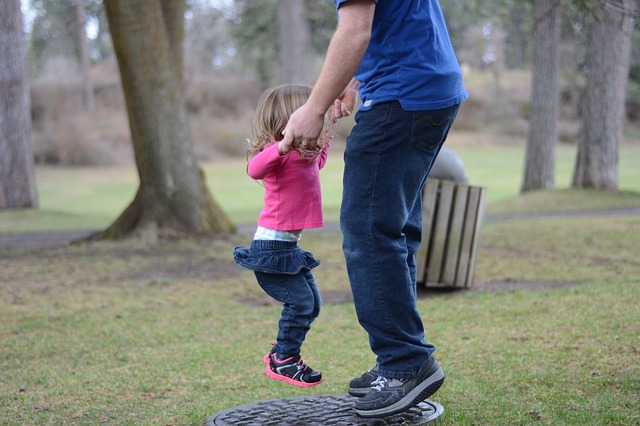 There is a lot of judginess in parenting, but often it is performed in the traditional, acceptable manner – behind the other person’s back. However, a survey of American dads of children aged up to 13 has found that 52% of fathers reported being dad-shamed in public. They told researchers that they felt judged on a regular basis and had been explicitly criticised for their parenting skills while out and about.

The dad-shaming poll followed a similar report compiled a couple of years ago about mum-shaming, and Sarah Clark, the co-director of the C.S. Mott Children’s Hospital National Poll on Children’s Health at the University of Michigan wanted to see whether dads faced similar experiences. And yes, yes they do.

In fact, dad-shaming and mum-shaming seem to run along similar themes. Most of the shaming comes from, in the first instance, the child’s other parent and, secondly, their grandparents. The subjects of the shaming are similar too, with discipline the thorny topic in two thirds of cases and nutrition making up 43% of shaming incidents.

Dad-shaming is unwanted criticism or unsolicited advice used as a thin veil for criticism aimed at demeaning a dad’s parenting style. It doesn’t even have to be verbal; I once had a woman almost grab my son at the top of a set of four steps because she believed she knew his capabilities better than I did. I knew he was able to navigate those steps alone (I was also barely a metre away), but she obviously didn’t trust my parental judgement.

You see, this is the problem with dad-shaming. It takes on a different dimension from mum-shaming because a lot of it is subconscious judgement from people who still see dads as second class parents. That’s not to say it’s worse than mum-shaming, there’s definitely an argument to say that a lot of overt mum-shaming is nothing more than pure misogyny, but that’s a topic for another blog.

Dad-shaming is its own thing. I was recently talking to someone who really should know better. This person was aware that I was taking the kids away for the weekend on my own. To me, this is an unremarkable occurrence. Obviously, it would have been lovely if my wife had come with us, but it’s no big deal – I am perfectly fine with parenting my own children and I expect you are too. However, this person felt the need to turn it into a big deal.

They led with the line “oh, I hear you’re in charge this weekend!” The implication here is that a dad is only ‘in charge’ when the mum is away. And, yes, it’s technically true that I was ‘in charge’ that weekend, but I was also intending to breathe oxygen that weekend, yet they didn’t feel the need to remark on that. Basically, there is no way on earth this person would have said “oh, I hear you’re in charge this weekend!” if the situation were reversed and my wife had the kids while I went away. And that is an example of subconscious dad-shaming – asserting that looking after my own children is more difficult or dangerous for me because I have a penis.

One great/awful example of dad-shaming reported in the New York Times came from Dr Craig Garfield, a professor of pediatrics at Northwestern University and an expert on the roles of fathers in child rearing. When he was studying, one of his professors, an lecturer on child abuse, saw him with his one-year-old in a pram who was sitting in his usual preferred position with his leg bent back. The professor scolded Dr Garfield, claiming the child was uncomfortable and that he should have stretched his leg out for him. It goes to show that the shamers really don’t give dads credit for knowing their own children, even if they are experts in a reasonably related field.

Writing in The Times about being dad-shamed, journalist Simon Mills recounts a story about his then three-year-old daughter throwing a tantrum in the supermarket and a fellow shopper jumping to the conclusion that he had harmed her in some way, rather than accepting that she was performing that favoured ritual of toddlers around the world – the retail strop.

Writer Stuart Heritage tells a tale in the same article about wandering down the street with one child in a sling and another on his shoulders. An onlooker turned to her friend and said slyly “I wonder where their mum is?” This is a double whammy – at once suggesting that a dad shouldn’t or couldn’t handle both kids and that the mum as somehow neglectful by not being with her children at all times.