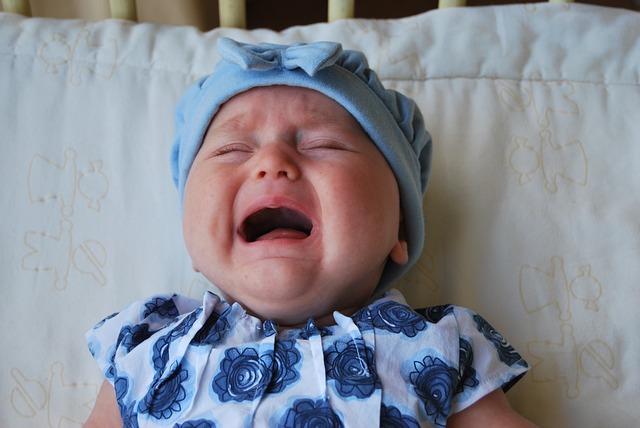 You might have seen tweets sent by film director Duncan Jones over the weekend about his struggles with parenthood. In the messages, he talked about his young children and said “I’ll tell you something I never see anyone admit…they are exhausting, frustrating & life-destabilizing. They are rarely fun,” before admitting that although he enjoyed smiles and hugs, parenting is “HARD & not obviously a good choice in life.”

He went on to tweet “this is where people feel compelled to say ‘I wouldn’t change it for the world!’ But you know… Of course I’d reconsider!”

I have 2 kids. 2 1/2 years & 9 months old respectively.
I’ll tell you something I never see anyone admit… they are exhausting, frustrating & life-destabilizing. They are rarely fun. Sure, smiles are great, hugs are lovely, but it’s HARD & not obviously a good choice in life.— Duncan Jones (@ManMadeMoon) January 12, 2019

This is where people feel compelled to say “i wouldn’t change it for the world!”
But you know… Of course I’d reconsider!
It’s exhausting! Its banal! It’s like looking after a dog you can’t housetrain.
What it is, is that it is.
& they are mine.
Hopefully they turn out ok.— Duncan Jones (@ManMadeMoon) January 12, 2019

It being Twitter, Jones was soon barraged with an array of different opinions; some praising his honesty, some berating his ‘selfishness’, some admitting similar thoughts. The problem with social media is that everything has to be ‘right’ or ‘wrong’. There can’t be nuance or grey areas. But in this case, as with pretty much all of real life, surely there has to be.

It’s not as simple as saying whether he is right or wrong in what he tweeted, as some users seemed to believe, because he was merely recounting his own experience. Many replies tried to insist that young children actually are fun, but that negates the fact that we all have very different opinions on what constitutes ‘fun’. It’s like you tweeting me, telling me that watching Mrs Brown’s Boys is fun. I have lived that experience and I know that not to be the case. For me. Those last two words are the important bit.

If he doesn’t find his kids fun, that is his truth. It might be a truth clouded by sleeplessness and other stresses. It could have been an exasperated response to one bad incident but you can’t deny him what he believes. Or at least what he believed the moment he sent that message out into the world.

One of the most disturbing replies to his tweet called him selfish and told him that he should “stop worrying about your own happiness”.

That is a frightening sentiment.

It smacks of that early-to-mid 20thcentury, stiff upper lip mentality that determined we should bury our emotions. I don’t think that is healthy at all. Talking (or in this case, tweeting) helps, whether you are just letting off steam or you are battling something deeper and darker. I know people deride ‘Generation Snowflake’ for our (yes, I’ll own my place within it) tendency to care about (shock, horror) people’s feelings, but a lot of people have led truly miserable lives because they didn’t feel they could express what they were feeling for fear of showing what they perceived to be weakness.

The moment Duncan Jones sent that tweet, he shared his problem. Sometimes that’s all you need. In addition, those close to him know that he’s struggling, and they can rally round to give him the support he needs. That has to be a good thing, right?

Having a parent who doesn’t believe he can or should be happy cannot be good for a child.

In some ways, I’m not surprised Jones feels like he does. His kids are 2-and-a-half and nine months old. That’s a brutally short gap. I know some people will have a similar gap, or even a smaller one, and have been totally fine, but no two kids (or parents) are the same.

Neither of my children slept much when they were little, but we didn’t have our second until the eldest was three-and-a-half. By that point, she was kipping like a champ, able to entertain herself and even help a little bit with her baby brother. If we’d had to deal with them both screaming in full voice overnight, it may have been another story.

Bringing up small children is exhausting, and sleep deprivation affects us all differently. Sometimes it can all seem too much, and the future occasionally does look bleak, but for most people, it gets easier.

I think my kids are a great laugh, but it is certainly my experience that they become more fun the older they get. You don’t get a lot back from a baby, that’s for sure and, mixed in with fatigue and whatever other personal pressures are bearing down on someone’s life that we have no idea about, it can be tough to battle through.

I hope that Duncan Jones will soon see the light at the end of the tunnel. I know there are arguments about posting negative information about your children that they might read in the future, but Jones’ mental health is a more immediate concern.

That’s not to say I’m trying to diagnose him with anything. I’m certainly in no position to do that. We might feel like we know someone because we like their work, we read their tweets or because they are David Bowie’s son, but unless we know someone, we don’t know exactly what these tweets signify.

But if someone close to you starts talking like that, just check in with them and ask if they’re okay. Chances are it’s just them temporarily venting, rather than an inkling of depression, but it’s always worth showing your support for people having a tough time. No one will be offended by genuine concern.