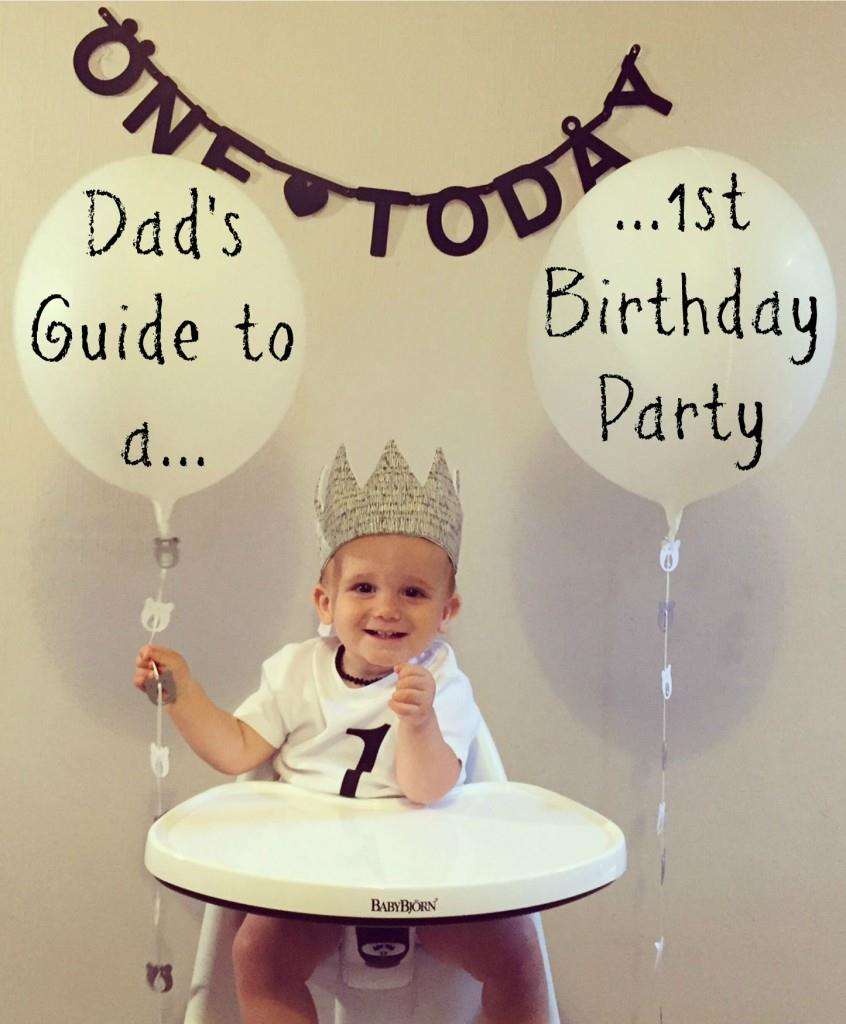 Growing up, birthdays weren’t extravagantly celebrated. No lavish parties and no luxurious spreads. My favourite takeaway and a sleepover with a pal was about as far as it went for me. So I’ve never been big on celebrating birthdays. I even forgot my mums 60th! (And feel terribly guilty).

So I did. I searched high and low for first birthday party ideas, and created a concept that I wanted to go for. Once it was approved and signed off by the wife, we put the wheels in motion.

We were up all night, the night before his birthday, decorating his playroom to look perfect. Long story but….we even ended up giving our dining room table away to charity to make space for things! 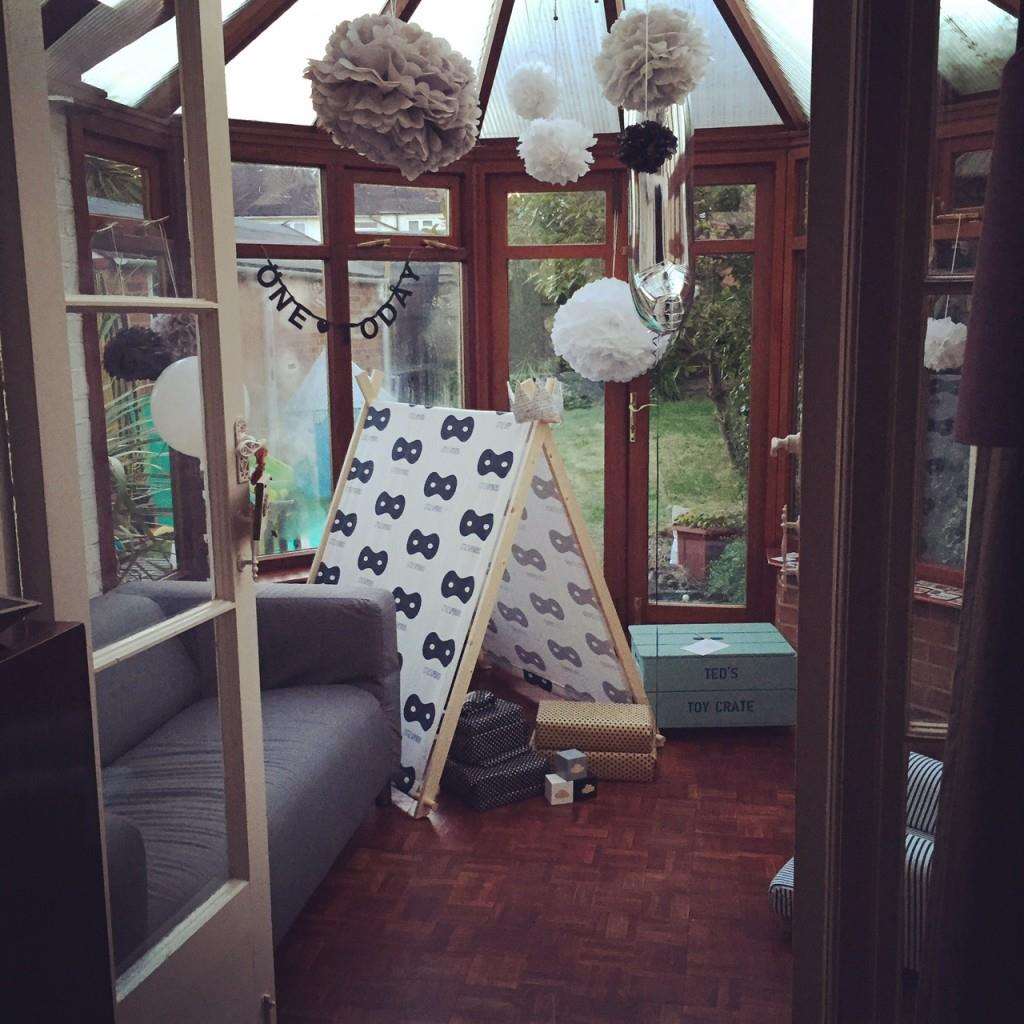 We found a wonderful and extremely talented lady (Max and the Star) who made the most stunning bunting. You can see the ‘Teddy’ bunting in the pic below. She hand stitched each teddy and each letter and we couldn’t be any more grateful. We just loved it so much that we took it down from the playroom to take it up to the park for the party, then put it back up at home and it’s still there now! Anything personalised is always going to be a winner. It’s just that little bit extra special. I’ll be tempted to get it out year upon year. It’ll be up on display on his 18th whether he likes it or not ;)

We went to so much trouble creating the perfect birthday setting. We blew up balloons, made giant pom-poms, put together the gorgeous word banner from The Kid Who and ordered a thousand photos by date….. The funny thing was, he came down in the morning and couldn’t have cared less. But I did and so it was worth it. 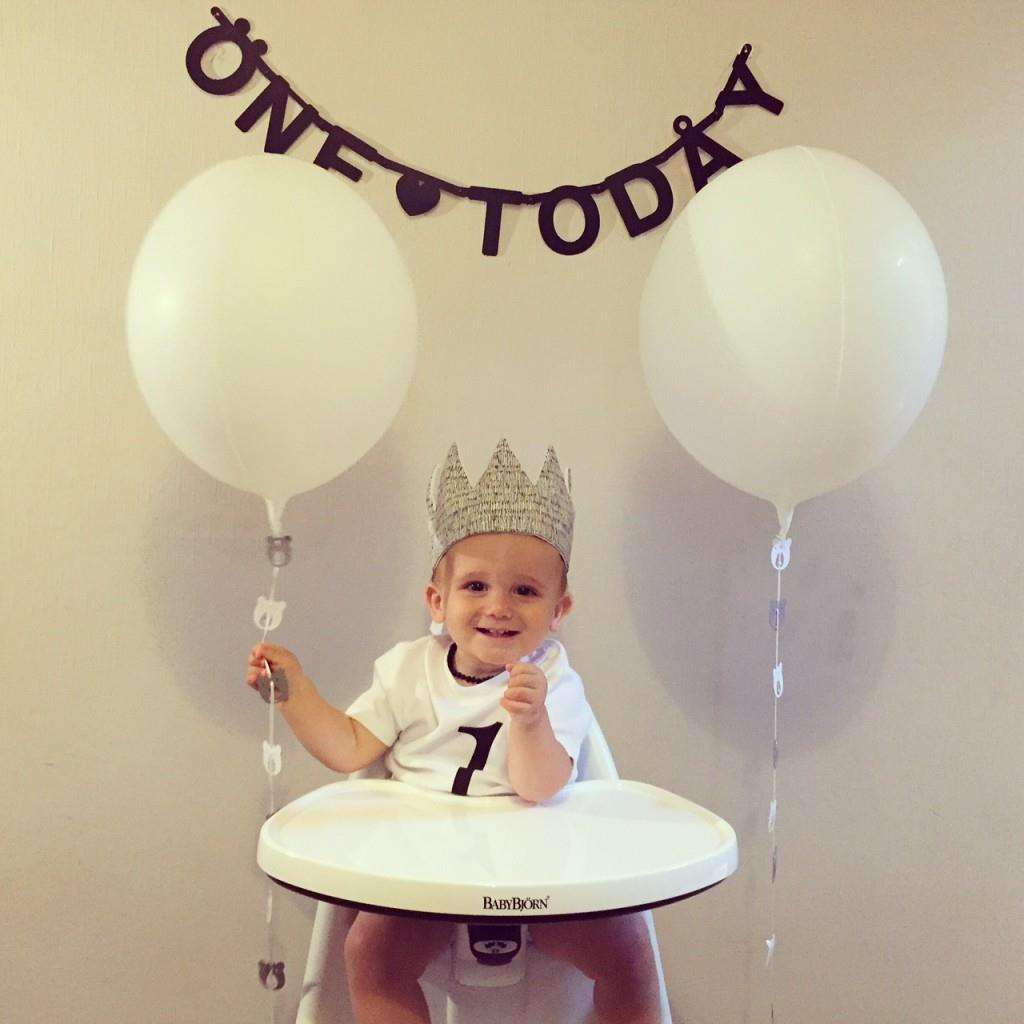 For his first birthday party, obviously we went with a Teddy Bears picnic theme and hosted it in the local park. We invited friends and family to join us in celebrating his birth and the weather was great. It was such a lovely day. It all went smoothly and Teddy couldn’t have been happier. I think that planning ahead is the key.

Here are my top 6 tips for a successful first birthday:

1. Invite relatives. Even though you might not like them, the more relatives the more occupied the baby will be!

2. Don’t get loads of presents. We got Ted a few bits but so many family and friends will get him gifts, you’ll be inundated. Ted was still opening his three days later. We decided to choose just a couple of presents that we really loved and that we thought Ted would enjoy. We spent hours trawling the internet  and settled on a few of our favourites. The main present we bought Ted is the tent you can see in the pictures. The superhero pattern actually led the way for a monochrome theme for the decorating. What child wouldn’t love a tent like this? It’s from a company called Myla & Oscar and they make really gorgeous play toys. In fact the cubes that Ted is holding here are also from Myla & Oscar and continued the theme perfectly. We also got Ted a gorgeous mini armchair

and footstool. Now all he needs is the ability to sit still long enough to sit in it! 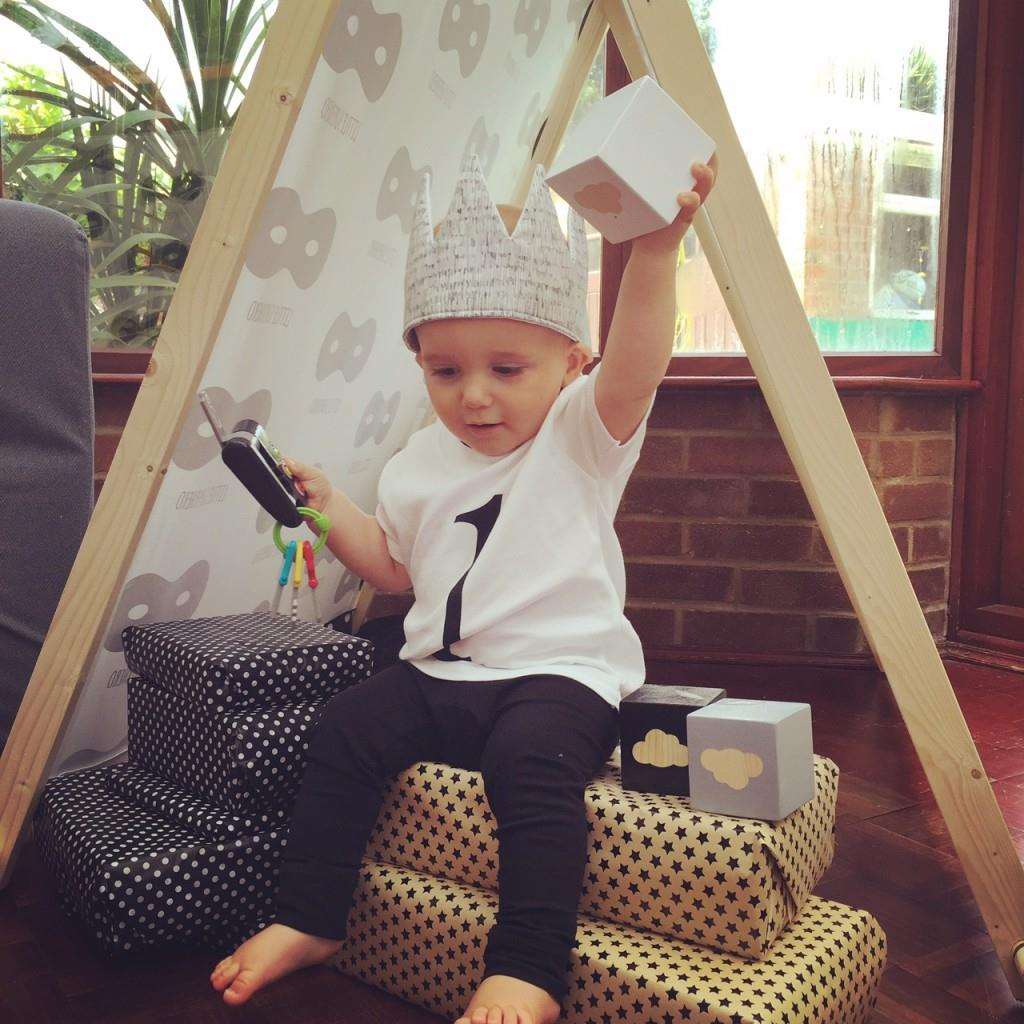 3. Take lots of photos. As Ted turned 1, I struggled with the thought that he won’t remember all the nice things we’ve done in his first year, including his party. So I made sure that we took plenty of pics. Take a look at a few of them below, including some more of our decorations and Ted’s clothes!

4. Use tissue paper when wrapping presents. Normal wrapping paper is tricky to open, even for me and it’s much more fun when your baby can open their own presents. It’s also far cheaper! 10 sheets for £1! There is also a school of thought that says, ‘Why bother wrapping them anyway?’ But thats just for grinches! ;)

5. Do your research! You don’t have to move the sun and the moon in preparation but if you want to make it special, it’s worth looking around and getting a few ideas. Don’t be tempted to buy the first thing you see at the first price. Shopping around can save you a fortune and you can find some little gems. We actually got most of our ideas from Instagram!

6. Choose the birthday outfit carefully because these are the clothes that will be in all the photos. The wife wanted ours to match the theme but whether you go to those lengths or not, it’s worth choosing a nice outfit. Ted’s T-Shirt is from Nor-Folk, I’ll warn you now, if you take look at this site you’ll want most of it. His birthday crown is from Fableheart and it’s one of our favourite things we’ve ever bought him. It was a talking point at his party and he wore it all day too!

I am so pleased that we put so much effort in to Ted’s first birthday. I’ll have amazing memories that will always make me smile. Hopefully, he’ll enjoy looking back at the photos. The only dilemma is whether we now put the same effort in for the next birthday!

What did you think of our theme? I’d like to hear what you did for your children’s first birthday?