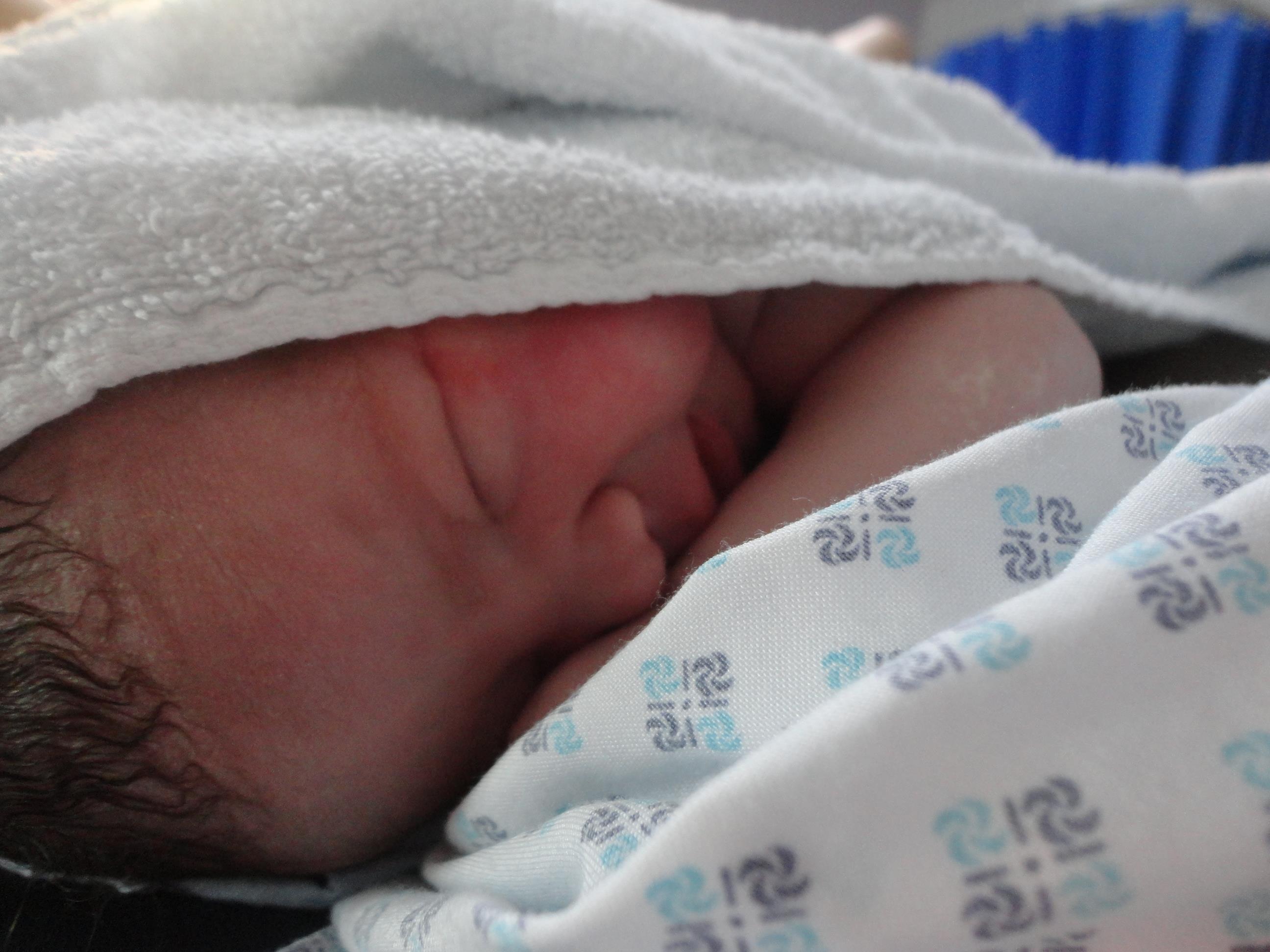 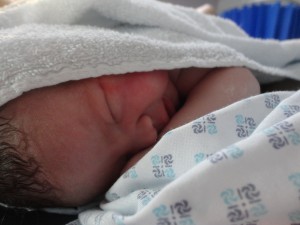 I had some great news in our private Facebook group today. First time daddy James Larter welcomed his little girl, Olivia, into the world yesterday. It was great to read in the group and so many people have commented. Shortly after her safe arrival, James wrote the following post and we feel privileged to share it on The Dad Network. So, here it is:

At 09:51 on 9th November 2014, I became a daddy for the first time. Olivia Yena Larter was born at West Middlesex Hospital. On Friday we had a regular appointment to discuss induction (due to the gestational diabetes) and got booked in for Monday afternoon.During the examination the consultant discovered Konglish Mum was 2cm. She sent us away but gave us the news that we’d probably be parents by the end of the weekend. Nothing else happened for 24 hours until we went to Starbucks (BOGOF on the festive coffees!) and she started having a few cramps in her stomach. We got home and her waters broke.The hospital asked us to go in for a checkup and after an hour sent us home, having moved forward out induction by 24 hours.

At 5:20am on Sunday morning, Konglish Mum woke me up as she had just started having severe pains. We got to the hospital at 6:10 and were told that she was already fully dilated by a very impressed midwife! The pushing proved to be very tiring work for Konglish Mum and very painful as the midwives didn’t want her to have an epidural initially. After two hours of pushing, we finally got the epidural we wanted and after waiting for it to kick in, started pushing again.Here’s where I’m scarred for life. The doctors helped out with the delivery and used forceps. All I think of when I hear the word ‘forceps’ is an image of a calf being dragged out of its mother. That;s exactly how it felt at once stage, when Konglish Mum was being dragged down the bed by a young doctor who was tugging for all she was worth.All of a sudden, out she came and tears erupted from Konglish Mum. I somehow didn’t cry as I’d probably been drained by the whole process of keeping my wife calm. I don’t remember much of the next hour other than us staring in wonder at our new baby.Giving birth for me is both the most beautiful thing in the world and the most horrific. Seeing my loved one in so much pain begging for it to stop will stick with me forever. The result of those 4 hours of pain is such a beautiful little package that has made it all worth while.

Olivia and ‘Konglish Mum’ got admitted for a night to monitor their blood sugar. After picking Konglish Mother -in-law up from the airport, I stayed the night with them in the chair beside the bed. At 1am I experienced the other worldly substance that is a baby’s first poo. That stuff is really sticky!

A day later we got home to start our lives together as a happy family. A massive thank you to all the hospital staff who made the experience wonderful for us. For us it was such an emotional time but for those trained professionals, keeping calm and making the right decisions comes naturally. It’s at times like those when you really appreciate the work the NHS do.”

If you would like a place to join other dad’s and discuss topics that effect you in private, join the Dad Network Facebook group: click here

How was an NHS birth for you? I’d love to hear your experiences please leave your comments below.
Thanks,
Al