Folic acid to be added to flour to reduce birth defects 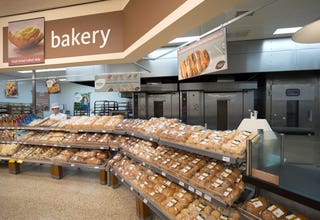 Folic acid is to be added to flour across the UK in drive to reduce life-threatening spinal conditions in babies, the Government has said.

Ministers said adding folic acid to non-wholemeal wheat flour will help prevent around 200 cases of neural tube defects each year – around a fifth of the UK total.

It follows an agreement with the devolved administrations for Scotland, Wales and Northern Ireland.

The Government originally consulted on the plan in 2019 and had faced criticism from campaigners for the delay in acting on the proposals.

A shortage of folate (vitamin B9) in the early stages of pregnancy – often before a woman knows she is pregnant – can lead to neural tube defects in the foetus, resulting in spinal conditions such as spina bifida or anencephaly.

Adding folic acid to flour – and so to bread – has led to falls in the numbers of neural tube defects in countries such as Australia, New Zealand and Canada – which are around among 80 nations around the world to have adopted the practice.

Manufacturers already add folic acid to products such as breakfast cereals, but the Government says a higher intake is required during the first 12 weeks of pregnancy.

While the NHS recommends women who could become pregnant or are planning a pregnancy take a folic acid tablet every day, ministers want to increase the overall intake, particularly as around half of all pregnancies are unplanned.

They say that the cost of adding folic acid to flour should be “minimal”. Since the end of the Second World War, flour has been fortified with calcium, iron, niacin and thiamine during milling to support the nation’s health.

Boris Johnson said: “Few things are as important as a baby’s health – and folic acid-fortified flour is a quick, simple win to enhance their development.

“This will give extra peace of mind to parents and families, as well as helping boost the health of adults across the country.”

Health Secretary, Sajid Javid added: “With the safe and taste-free folic acid baked into the national diet, hundreds more babies will be born healthy each year.

“Focusing on preventing life-threatening health issues such as spina bifida, will ensure fewer people will require hospital treatment, and more individuals and families are able to live healthier lives.”

What do you think about adding additives to flour?  Tell us in the comments below!