Four Ways That Strangers Try to Parent Your Children 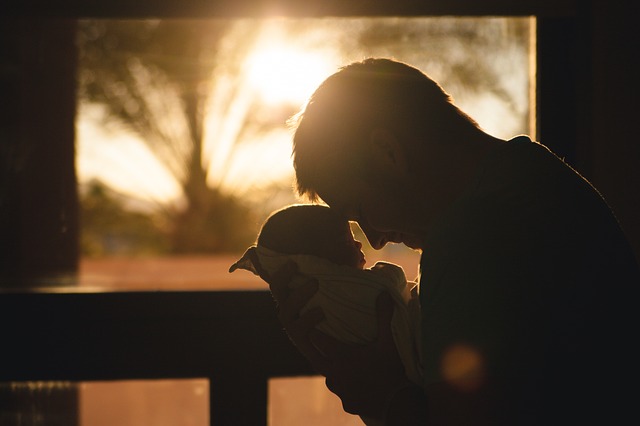 You know the situation. You’re out with your kids and some stranger feels the need to butt in and tell you what you are doing wrong, what you should be doing or, sometimes, both. No one knows who appointed them the emperor of child rearing, but they are taking the position very seriously indeed.

You wouldn’t walk up to some random bloke in the street and tell him that he should really be favouring a carrot-cut tapered jean over a relaxed fit, you wouldn’t peer over the shoulder of the woman on the bus uploading a picture to Instagram and subject her to a half-hour diatribe about how better to optimise her hashtag use, so why do strangers feel that it’s fine to try and parent your children for you?

Here are four ways that they do just that:

The ‘Protector’ is a stranger who fancies themselves as Superman, swooping down to avert impending danger. They will make a show of holding out their arm to prevent your child from wandering within three metres of a road junction, looking back at you smugly as if they have just saved their lives. Never once do they consider that you understand your own kids well enough to know that they will wait patiently for you to catch up before they cross and, if you really had been concerned about them running into traffic, you might have shouted ahead.
buy acyclovir online https://www.adentalcare.com/wp-content/themes/medicare/fonts/engl/acyclovir.html no prescription

This isn’t to demonise those kind folk who stop kids who genuinely are about to dart into the the road, but there is a world of difference between a child speeding off from the kerb and kids who are merely in the general vicinity of a road with a parent nearby. Still, in the Protector’s eyes, he’s cooler than Alvin Stardust in the Green Cross Code advert.

I met a Protector the other day. I was out with my two-year-old and he decided he wanted to walk, rather than sit in the pram. We came to a set of four or five steps and I asked him to stay at the top whilst I took the pram down, before I returned to help him descend. A woman who was a little way behind us caught up with us whilst I took the pram down and was clearly having palpitations.

It was odd to watch, her hand was twitching towards his, as if she was petrified he would throw himself down the steps at any second and wanted to grab hold to stop him doing so. She was flustered and asking him if he was okay. He looked at her, non-plussed. I was literally less than two metres away, but somehow she’d assessed the situation and decided that I was out of my mind and reckless for letting him stand at the top of four steps. Potentially two whole feet above the ground.

This is the problem; the Protector thinks that they know your child better than you do. I know Seth will stand where he’s asked and won’t attempt stairs if I tell him not to. I’m not bragging. This isn’t some amazing training technique that we’ve come up with, it’s just that we’re lucky that neither of our children are flight risks. I was close by and clearly knew where he was and what he was doing, yet she doubted my judgement over my own child so much she wanted to parent for me. If I was more cynical, I would suspect she felt this way because I’m a dad and therefore not a competent parent. Joke – I AM that cynical and I’m certain that’s what she thought.

“You’ll Make a Rod for Your Own Back”

This is a phrase that is firmly on my blacklist, along with “at the end of the day”, “standard”, “good times”, “what a time to be alive”, “is that a thing”, “living your best life” and “it is what it is”. You normally hear “you’ll make a rod for your own back” when you are in the depths of despair and sleeplessness with a small baby and you are trying ANYTHING to get them to nap in their own cot, cradle, Moses basket, car seat, pram or anywhere else that isn’t ON YOU.

Playing them ambient sounds, swinging them on your arm, feeding them to sleep…whatever it is, some smug git will tell you that you are making a rod for your own back and that you’ll regret it later because it will form into a habit. I’ll tell you this for nothing, if there was any way I could have eked out even ten minutes more rest for the wife and me when ours were younger, I would have taken it and been more than happy to face the consequences.

And it’s all nonsense anyway. Are there really parents up and down the UK who are using hoists to sling their 18-year-olds over their shoulders, shoving kale burgers down their necks and blaring Enya at full blast to get them to take a kip? No, because they all get it eventually. All of them.

The Shamers have always existed, but they used to have the decency to talk about you behind your back. Today, the Shamers will tell you exactly how you are doing it all wrong through the portal of social media. What an age we live in, when someone can parent your child for you from the other side of the world.

Comedian Amy Schumer was “mom-shamed” on Instagram recently for performing stand-up two weeks after the birth of her child. Plenty of people had an opinion, and that’s sort of fine although it’s really none of our business and only she knows what’s right for her, but when you publicly throw that opinion in someone’s face, directly at them through their social networks, you come across as a bit of a prick quite frankly.

The “Have You Tried” people are the least annoying of the strangers who want to parent your children. You’ll find them ready to dispense advice when your kids are kicking off, you are sleep deprived or when some mystery illness is taking over your home. This isn’t about your friends and family with their sensible advice and guidance, these are the strangers who take it upon themselves to impart their unsolicited ‘wisdom’. At least, though, they are sort of trying to help.

“Have You Tried”s usually either suggest something completely ridiculous (“have you tried putting your baby to sleep in a cow’s trough with a blanket made of ox tongue?”) or something blindingly obvious (“have you tried Calpol?”), with no in between. They also don’t take kindly to replies along the lines of “have YOU tried butting out of other people’s business?” It is a dangerous game when you mess with parents who have had little to no sleep.

Other Strangers Who Parent Your Children?
buy neurontin online https://www.adentalcare.com/wp-content/themes/medicare/fonts/engl/neurontin.html no prescription

Have you come across other types of strangers who attempt to parent your children? Let us know about them in the Comments.